In 79 A.D. Mount Vesuvius exploded over the ancient city of Pompeii, at once demolishing its future and preserving its history. Since the site was discovered in the early 1700s, the chance to peer into the past has not only unhinged what we can know but what we can imagine. The first exhibition of its kind, "The Last Days of Pompeii: Decadence, Apocalypse, Resurrection" visits 400 years of artwork revolving around the history and myth of the ancient city. 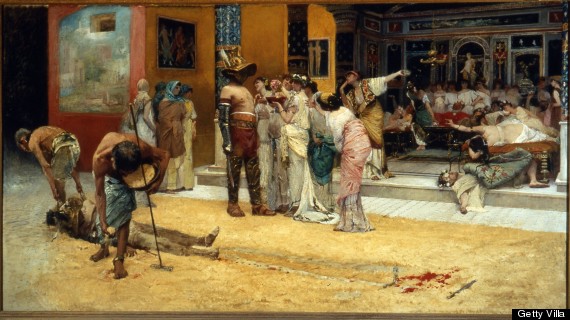 The exhibition takes its title from the hugely popular 19th-century Edward Bulwer-Lytton novel of the same name, which melodramatically told the story of Pompeii as one of corruption and seduction. Casting the location in an almost fictitious light of luxury and vice, Bulwer-Lytton inspired the now popular vision of Pompeii as a decadent city deserving of its apocalyptic divine punishment.

Francesco Netti's "Gladiator Fight during a Meal at Pompeii" translates Bulwer-Lytton's words into image, painting a scene dripping with so much drama you'd swear Russell Crowe had to be involved somehow. Scantily clad youths pile on top of couches, and each other, after combat. While they enjoy ornate decor and copious liquor, a corpse is dragged away, unnoticed, though trailing blood. Although dramatic and juicy in that love-to-hate way, the press release states "this scene has little basis in ancient practice," and gladiators rarely fought to the death. Rather than depict a historical past, Netti transposed a critique of his era onto theirs, a practice would explode in years to come. 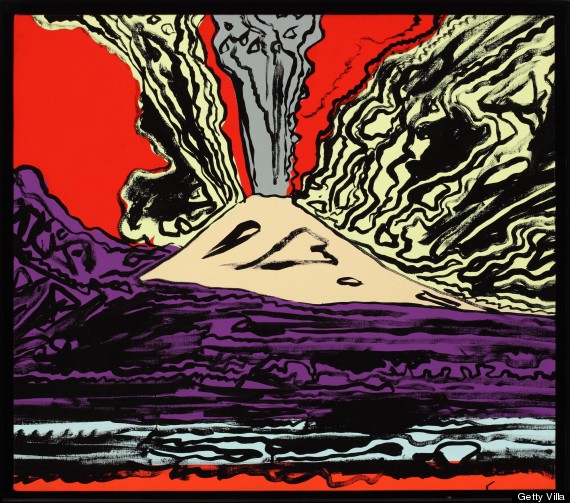 The exhibition really picks up speed with the later artworks as Pompeii becomes the model for apocalyptic disasters of all kinds, from a natural storm to the atomic bomb. Warhol taps into the rapid pace at which images of Pompeii are referenced and churned out with his piece, titled, "Mount Vesuvius" (1985). The Pop master is known for reproducing serial images until the original becomes unidentifiable and irrelevant, and he gives Vesuvius the same fate. (Or perhaps suggests it shared the fate all along.) Artists including Dali, Rothko, Rauschenberg and many more wrap their imaginations around the iconic tale, retelling it in their individual language.

The imaginative exhibition, which features contemporary art from as late as 2002, will show at the Getty Villa, a Los Angeles replica of an Ancient Roman villa. Whether or not the exhibition depicts Pompeii as it really was is irrelevant, however. When Mt. Vesuvius erupted it ignited the imaginations of countless tourists, artists and dreamers ever since. We can't wait to see the petrified city in all its strange and colorful forms.

"The Last Days of Pompeii: Decadence, Apocalypse, Resurrection" will show at the Getty Villa from September 12 - January 7.

Who do you think revamps Vesuvius the best? Share your thoughts in the comments section below.

PHOTO GALLERY
The Last Days of Pompeii
Download
Calling all HuffPost superfans!
Sign up for membership to become a founding member and help shape HuffPost's next chapter
Join HuffPost 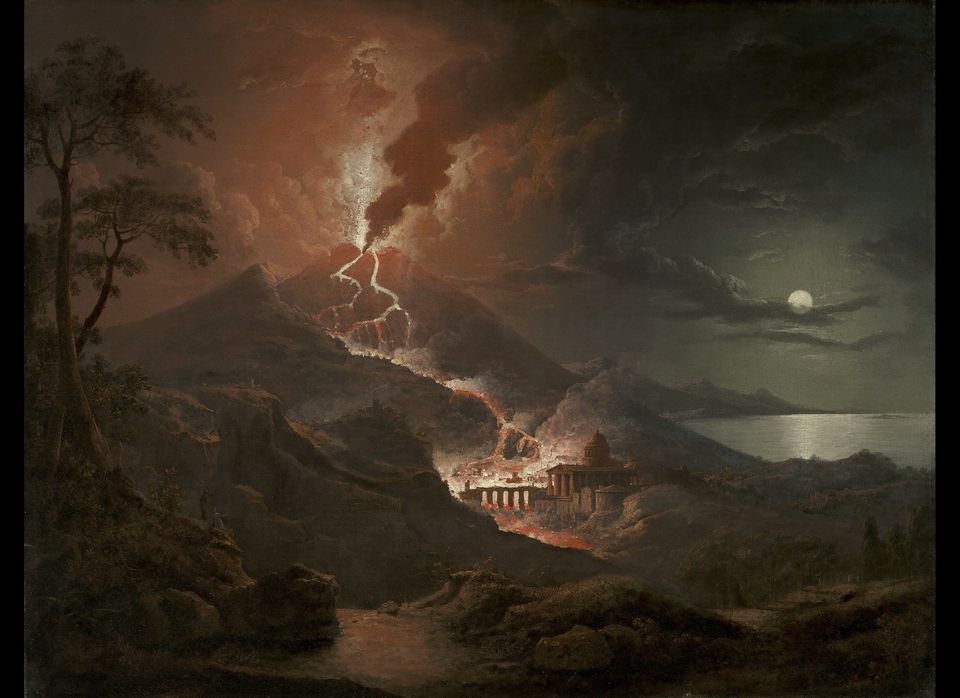