One Ohio man wouldn't allow his 405-pound weight to stop him from realizing his dream of serving his country.

J. Roundtree, 21, from Lancaster, Ohio, lost 200 pounds in 19 months in order to join the Army, the Lancaster Eagle-Gazette reports.

In November, he will begin basic training at Ft. Benning in Georgia, the news outlet reports. Roundtree eventually wants to become a police officer.

So how'd he go from 405 pounds to 205? Roundtree started with P90X and then stuck to a strict 1,500 calorie-a-day diet and adopted an active lifestyle -- spending his time jogging, playing basketball, swimming and using home workout DVDs. When hand and foot injuries threatened to hinder his progress, Roundtree persevered, according to ABC 6.

"There's going to be days where you're like, 'Oh I don't want to do it', but you gotta keep doing it," Roundtree told the station.

As a child, Roundtree played football, baseball and basketball, but eventually picked up video games as a hobby and began to gain weight due to lack of exercise. He went on to play in gaming tournaments when he was in high school, according to the Lancaster Eagle-Gazette.

Roundtree comes from a family of servicemen and women. His father, mother, and sister all served in the Army, according to the news outlet. But while he always had his sights set on serving himself, Roundtree found his poor health seemed to pose an insurmountable problem.

"I never would have imagined that he would do that," Roundtree's mother explained to ABC 6. "But when J. sets his mind to something, don't tell him he can't do it ... because he'll prove you wrong."

And this attitude is exactly what has led him to where he is today, Roundtree told the Eagle-Gazette 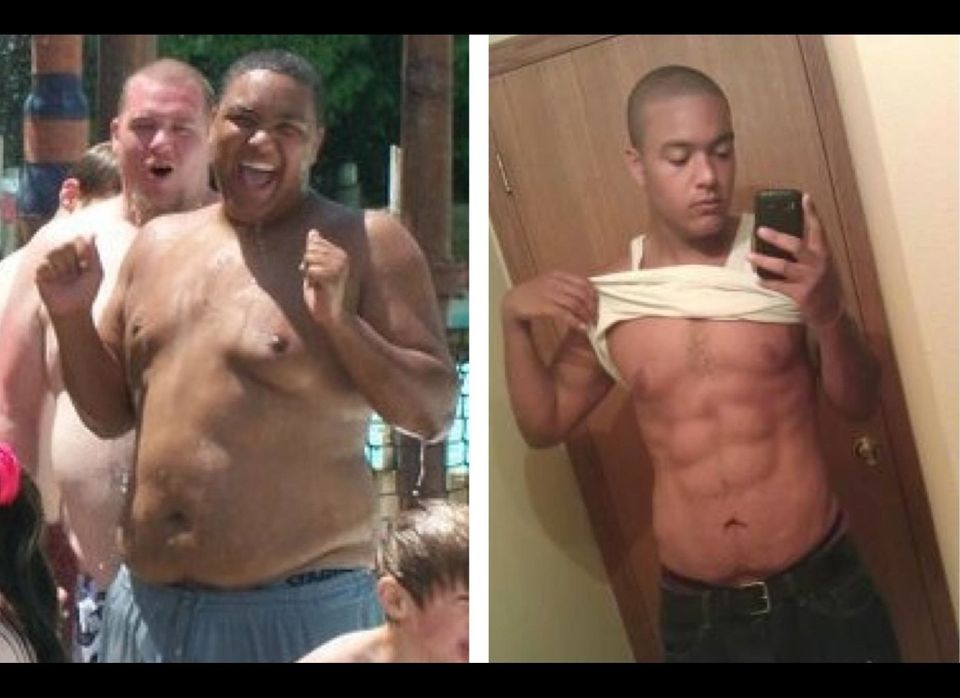 1 / 12
J. Roundtree
J. Roundtree, 21, of Lancaster, Ohio shows the difference in his body before and after he lost 200 pounds to join the Army.
Facebook