The Australian and Japanese war correspondents are two among scores of journalists worldwide who risk limb and life every day to tell stories of conflicts and relay images of humanity's miseries, often without any protection. 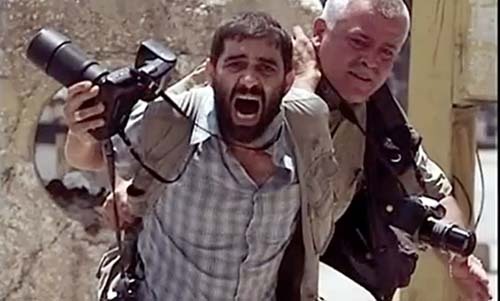 That must change and one way of mitigating the risks is by introducing safety courses in university media curricula.

Short workshops for professionals are not enough.

Last week I was in Amman, Jordan working with the International Federation of Journalists (IFJ) and the United Nations Educational, Scientific and Cultural Organization (UNESCO) to train journalism and media school academics - deans and faculty members - from Lebanon, Palestine, Jordan and Iraq.

The aim: a project to incorporate safety for journalists as a required course in their respective curricula.

Both IFJ and UNESCO have been quite active in promoting the topic and have published guidebooks on how journalists can protect themselves in various scenarios that spell trouble.

It's the belief that "an ounce of prevention is worth a pound of cure."

The two-and-a-half-day workshop was a team effort including journalist, trainer and safety expert Clare Arthurs, who brought a wealth of experience to the table. 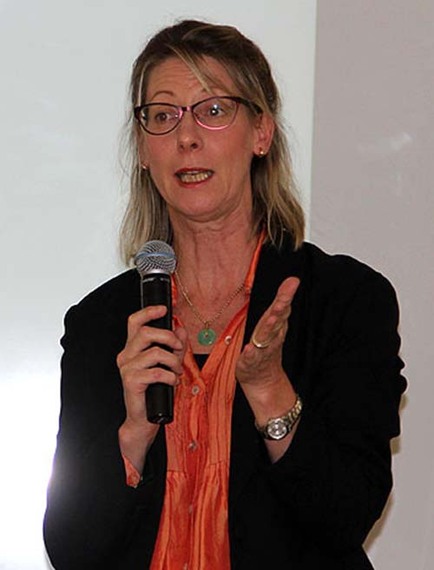 We asked the participants what their interests and priorities were, and presented them with a draft curriculum, draft lesson plans, and methods to benchmark and assess the material.

While several of the "trainees" acknowledged the need for safety awareness, a good number were still wedded to traditional teaching methods, giving more weight to theory than practice.

It's a problem universities face region-wide, notably as untold numbers of academics teaching journalism courses have never worked in newsrooms, in the field, or faced the types of threats and dangers that are par for the course.

So convincing university officials that a course on safety for journalists should be a requirement, not an elective, meant we had our work cut out for us.

Clare's journalism background and mine added weight to the argument but the icing on the cake was when Princess Rym Ali (formerly Rym Brahimi of CNN) graciously accepted my invitation to address the workshop. 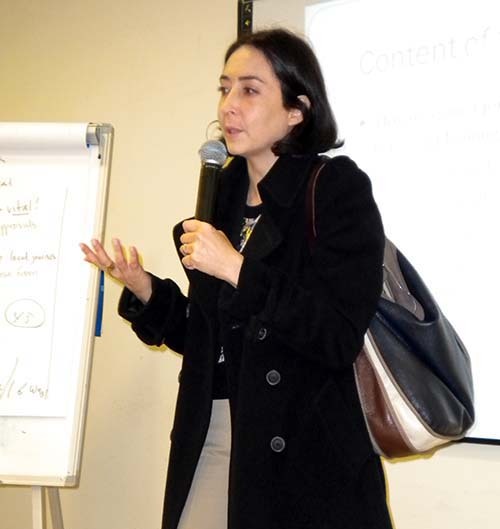 The princess covered the start of the Iraq war in 2003 and was expelled from Baghdad with colleague Nic Robertson when they ruffled then president Saddam Hussein's feathers.

After marrying Jordan King Abdullah's brother, Prince Ali, and giving up her journalistic career, she founded the Jordan Media Institute.

Having worked on media curricula at academic institutions in a previous incarnation, I know full well what overhauling a program and introducing new courses entails.

There are endless committee meetings frequently involving faculty members who are totally clueless about the subject and who hail from different disciplines.

There are also ego trippers in the staid halls of academe, turf wars, a snail-paced bureaucracy, and fears a new course may knock an existing one off the curriculum.

There's also the matter of a university's accreditation and whether such an offering would lessen the curriculum's value.

Screen shot of Arabic infographic on threats to journalists

But the subject matter isn't limited to conflict zones, wars and terrorism. There are natural disasters, epidemics, and other events that put journalists' lives at risk, and they're being given short shrift.

Unless backed by major news organizations with hefty budgets -- an increasingly rare occurrence -- far too many journalists (and freelancers) today covering domestic and foreign news are exposed to dangers without proper insurance coverage, or even training on how to handle these dicey situations.

An exercise in risk assessment seems an afterthought, or a luxury at best, although it should be second nature. 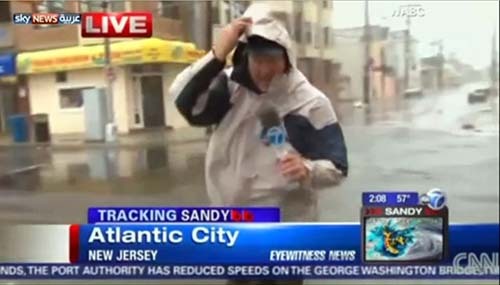 Our team of trainers grouped Adrien Collin from IFJ, George Awad from UNESCO, and others with field experience.

We focused on the need to include planning, risk assessment, personal safety, operational self-sufficiency, travel, transport, first aid to handle a number of emergencies in the field, ballistics, kidnapping, women's safety (given the large number of women journalists in the line of fire), digital security, international humanitarian law, local laws, and ethics, to name a few.

Workshop discussions centered on how many weeks were in a semester, and that varied by institution, depending on whether they were state-run or private universities.

Then there was the issue of the language of instruction. Most taught in Arabic, but some taught in English and others in French, although in the Arab world, it's not unusual to have trilingual educators, students and journalists.

A critical issue was who would teach such a course. The trainers felt strongly that a practicing journalist with teaching/training experience was best fit for the assignment.

But universities, by their academic nature, lean towards Ph.D. holders, even if the professors lack experience in such a hands-on endeavor.

We started making a dent but there's still a way to go and once the model syllabus and lesson plans are complete, we hope to have it all adopted across the Middle East, North Africa, and beyond.

It will be tailored to the needs of various educational systems, contexts and languages in the region, and eventually worldwide. It will also be made available online for easy access for all those interested in helping safeguard journalists.