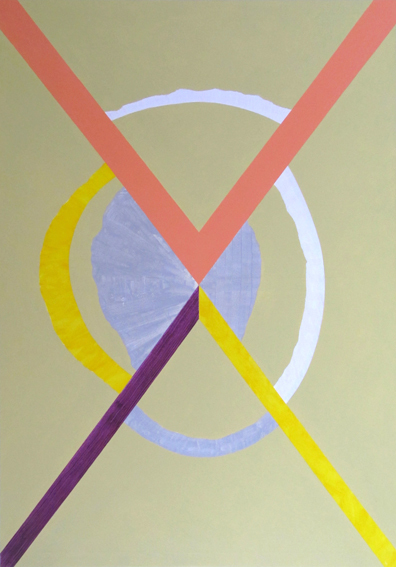 Jack Davidson -- "love, mistake, promise, auto crack-up, color, petal" the current show at THEODORE: Art in Bushwick, is an exhibit of refreshingly warm and oddly humorous paintings that land on the minimalist side of the painterly spectrum, a paradoxical state of affairs. In fact this work is rife with paradox; apparently abstract paintings a good portion of which are derived from photographs, paintings by one artist which Davidson describes as a "group show," and working methodologies, which Davidson describes as "avoiding responsibility," even while clear aesthetic decisions and a sincere commitment to painting are being made.

It is methodologies, plural, and a "group show" because Davidson identifies three distinct approaches to generating images. One is paintings derived from photos the artist has taken of disparate subjects, including album cover art ("can't tell the days apart," 2014 from the cover of a Modern Lovers album) and the ground in front of him while walking ("i wish i wasn't tripping," 2014). Second, painterly translations of collages he has made ("he was my best friend," 2014). Third, work begun from blotting paint to achieve random forms and then building a painting from that ("standing by the everyman," 2014), the closest of the three categories to any sense of allowing the form to emerge while painting rather than being predetermined. 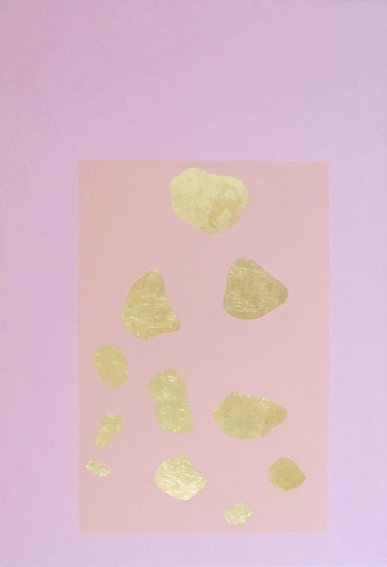 Though Davidson does not wish his paintings to be explicitly referential beyond what they are, there is openness to many of them, which simultaneously invites and resists associative interpretation. "Back down the goldbourne road we go," 2014, is a perfect example of this. Derived from a well-know image of David Bowie in Japanese costume, with the Bowie part edited out, the painting can recall a vase, a Siva Lingam and a tree circle pattern -- readings that evaporate with further looking, like an image seen from the corner of the eye that turns out to be altogether something else. 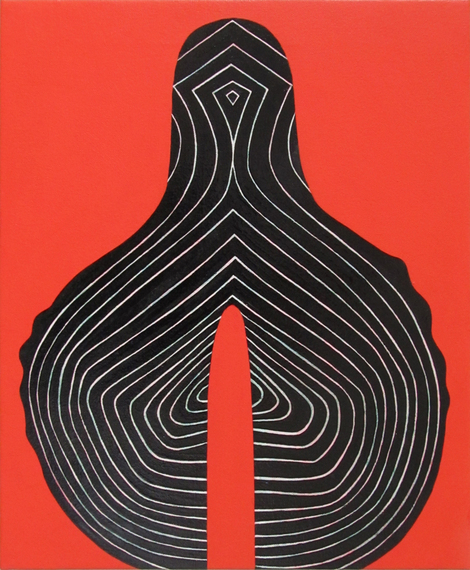 The warmth in Davidson's paintings is both related to the strange and inventive forms and color ideas they contain and to subtle decisions such as repainting by hand edges that were initially made using tape. Davidson describes this as the difference between haircuts with electric shears and scissors -- a difference more felt than visually discernible. And, notwithstanding the moments of paint blotting, or some intentional brushwork, the latter often copied from the painted marks in collages, the work is remarkably clean, while being, dare I say it, soulful. Davidson has expressed that there was some risk in exhibiting this variety of types of imagery, but for this viewer it has made for an exhilarating experience and a relief from the bland seriality of many contemporary painting shows. 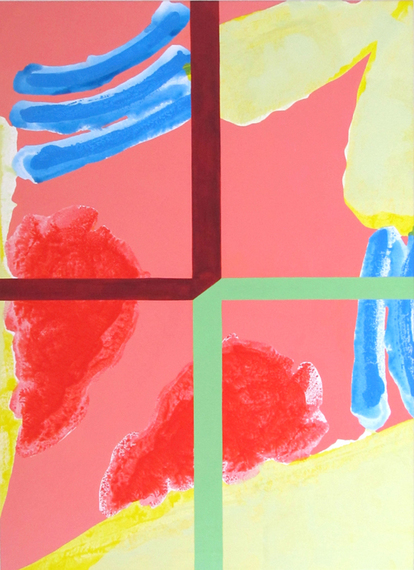 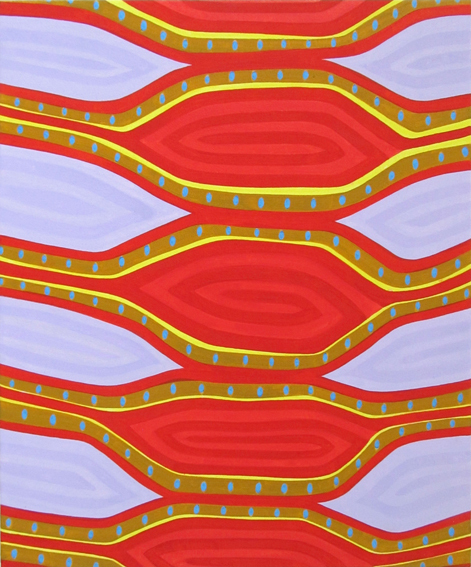 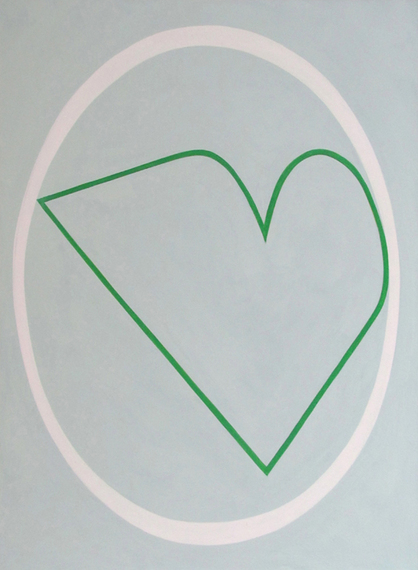 All images used with permission of the artist.