As the co-founder and chairman of Twitter and founder and CEO of Square, Jack Dorsey is obviously well-versed in tech success: Both of his businesses ended up on Fast Company's recent list of the world's top 50 most innovative companies.

"I think the best technologies -- and Twitter is included in this -- disappear," he told Charlie Rose in a recent interview. "They fade into the background, and they're relevant when you want to use them, and they get out of the way when you don't."

Dorsey's latest venture, Square, is a credit card-reading service that is starting to adopt this kind of technological simplicity. Square's free Pay With Square app allows people to pay for purchases at stores using the service without having to pull out their wallet or phone -- all they have to do is say their name at the register. At present, Square is processing $5 billion in annual payments, up from $4 billion just last month.

Dorsey believes this next step for tech lies in the concept of the push notification, which sends information only when relevant or interesting and doesn't require one to have an app or site open at all times. Without tech in the way, we can get back to the basics, says Dorsey.

"I believe that the best technology...always reminds us of our humanness, that we already have everything we need," he explained to Rose. "You see this with the history of computing. I mean, we started with these big computers in massive rooms...and then they could fit on a desk. And then we had these abstractions of the mouse and the keyboard...but now we’re just using our fingers. We’re using what we already have. And we’re using it to interact with data. And I think the next move of that is the technology disappears from our sight completely."

What do you think of Dorsey's concept of invisible tech? Let us know in the comments below! But before you do, flip through the slideshow to check out the most influential young leaders in tech, as ranked by PeekYou. 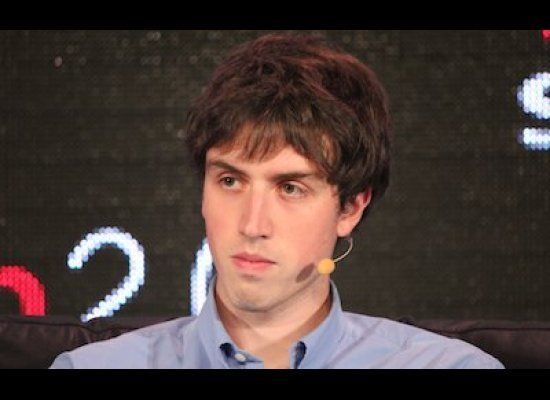