A few years ago, actor Jack Fry created the hit one man show They Call Me Mister Fry chronicling an innocent midwesterner's first days on the job as a teacher in a gang-infested south central L.A. public school. Thanks to the excellent writing, performing and tireless promotion, Fry won the respect of audiences worldwide, the success of which led him to explore a different kind of one man show. Shifting this time from autobiography to biography, Fry breathes fresh life into one of history's greatest minds (much like Val Kilmer's brilliant channeling of Mark Twain) with the funny, touching, and intimate, Einstein! at Hollywood's Lounge Theatre Fridays and Saturdays through November 22. Fans of Einstein (and who isn't?) take note, this is a unique American premiere worth investigating. 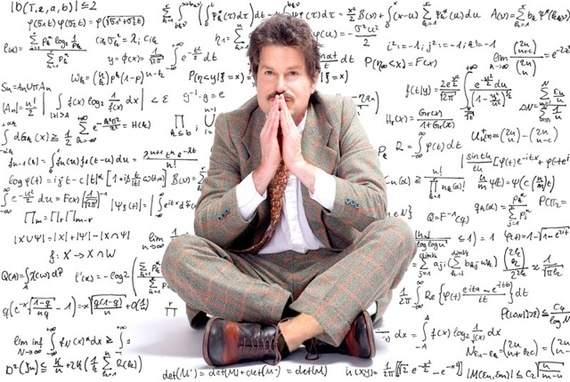 Fry's portrait captures the iconic mathematician as you might not have imagined him before - a charming, handsome and quietly tortured 35 year old challenged in both his family and professional life - on the verge of either a complete meltdown or total greatness. Fry triumphs not only his portrayal of Einstein but the myriad of supporting characters as well.

I chatted with Fry on opening night to find out how this tour de force show came to be.

Xaque Gruber: Why Einstein? Where did the fascination to tell this story come from?

Jack Fry: The seed for this idea came from an Einstein quote, "We see only in three dimensions, but there are at least eleven." This quote inspired me to find what his thoughts were on metaphysics, and I stumbled on this inspirational, yet very human story. It takes place in his younger years in Berlin in 1914 as he is about to change the world with his theory of relativity and his struggle with trying to become a better father. 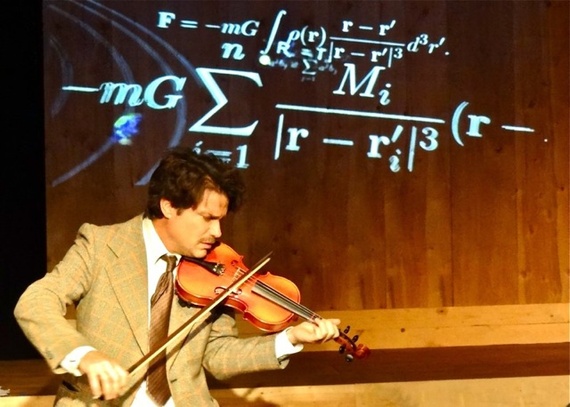 XG: How much research went into writing this show?

JF: I read and watched anything I could on him: books, letters, documentaries, stories of people that were associated with him in some way. I've learned it takes a life time to study a life. I started research (and still continue to do it) at the beginning of 2011. I would compile notes, ideas, and elements for a year and a half. Then started on the script in August 2012 and have been honing it ever since.

XG: What facts about Einstein's life old most surprised you while doing the research?

JF: There are many things that surprised me about his life - impossible to name just one, but one of the things I find fascinating is that hours after Einstein died, an armed unit of Israeli guards came in Princeton University and took all his boxes of documents he had collected over a life time of which he willed to Hebrew University. So every 15-20 years they'll come out with new information about his life that inspires new books to be written about him. He was very private about sharing his personal life. 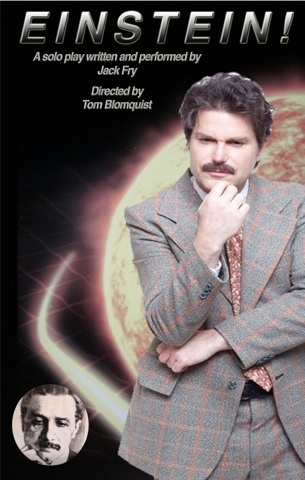 XG: Are there things about Einstein and his life that we misunderstand?

JF: His human side. He was a father and humorist. He also personally responded to as much mail as he could. But for today's general public, I think he is wrongly perceived as an empty icon. The story I tell essentially is the true historic drama that ushered in our present modern day age. I don't think people fully understand that we use his formulas for cell phones, fiber optics, satellites, LCDs, telecommunications, TVs. The list goes on.

XG: You had to learn how to play the violin for this show. How did you teach yourself how to play?

JF: I took violin lessons in Santa Monica. Boy, that's a hard instrument to learn. I didn't know what a can of worms I'd be opening, but it really fleshes out, colors, and helps to define the character. So as a result of playing Einstein, I now have a new and greater respect for not only string theory, but string musicians.

XG: It was reported that Einstein was autistic - since he supposedly didn't start speaking til he was five years old - any thoughts on this?

JF: There is a case to be made for that, but it would be slightly autistic. He talked but rarely until he was nine years old, but people around him at that time say that he would chose his words very carefully and would really think of what he wanted to say before speaking.

XG: Any other historical characters you would be interested in tackling?

JF: Not right now. (laughing) I'm enjoying the challenges and of the fun of bringing this character to life right now. I might do the older version Einstein as we know at some point.

For more information and tickets for Einstein!, check out: http://www.einsteintheplay.com/Einstein/Einstein_Home.html