A Motor City pawn shop hopes to make a killing by selling a 1968 Volkswagen van once owned by Jack "Dr. Death" Kevorkian.

The vehicle, which Kevorkian used as a mobile office for an unknown number of assisted suicides, is being offered for sale by Les Gold, owner of American Jewelry and Loan in Detroit.

"The Kevorkian van is always a talking point when we take [people] on a tour of the warehouse," Les Gold's son, Seth Gold, told The Huffington Post on Wednesday.

Seth Gold, who stars alongside his father on the truTV show "Hardcore Pawn," said the van is in need of a full restoration, and possibly an exorcism.

He said "Long Island Medium" Theresa Caputo recently paid a visit to the shop. While there, she picked up on some strange vibes while walking through the warehouse where the vehicle – known as the "Deathmobile" – is currently stored.

"She felt some strong messages in the warehouse," Seth Gold told The Huffington Post. "I have no idea whether or not she was sensing anything from the van in particular, but I do know that every object has a story, and this object has stories that are unlike anything else that I know of."

While the extent of the van's spiritual baggage remains unclear, the Golds do have documentation linking it to its infamous owner, including the title, registration and Kevorkian's driver's license.

According to The Atlantic, Kevorkian, a former Michigan pathologist, removed some of the seating from the rear of the bus and installed two machines he had built himself. The machines, dubbed Mercitron and Thanatron, were constructed to allow patients to inject a lethal cocktail of drugs into their body at the push of a button.

Kevorkian became a household name in the 1990s, when he reportedly took part in more than 130 assisted suicides in Michigan, a state that had no laws regarding the matter. His deeds, which garnered mixed reviews by the public, earned him the ghoulish nickname Dr. Death.

His medical license was ultimately revoked and his newfound career came to an abrupt end in 1998, after he appeared on "60 Minutes." During the one-hour program, a video was shown depicting the death of a 52-year-old man who suffered from Lou Gehrig's disease. Unlike previous cases, in which the patients had injected themselves using one of Kevorkian's homemade devices, Kevorkian himself had administered the man's fatal injection in this case.

Kevorkian was arrested and convicted of second-degree homicide. He served roughly eight years in prison until June 2011, when a blood clot claimed his life at 83 years old.

While Kevorkian's life is over, his infamous deeds have been chronicled in a number of books, documentaries and a 2010 made-for-TV film starring Al Pacino.

As for Kevorkian's van, Les Gold purchased it in 2013 for $20,000, which was a whopping $80,000 less than what the seller was asking. The deal was broadcast during season six of "Hardcore Pawn."

Gold is now hoping to more than double his money with his $49,995 asking price.

Whether you're looking for an iconic symbol of the counterculture movement of the 1960s or a wicked decoration for Halloween, Gold has the prescription for your needs – albeit a less fatal one than Dr. Death was known for handing out. 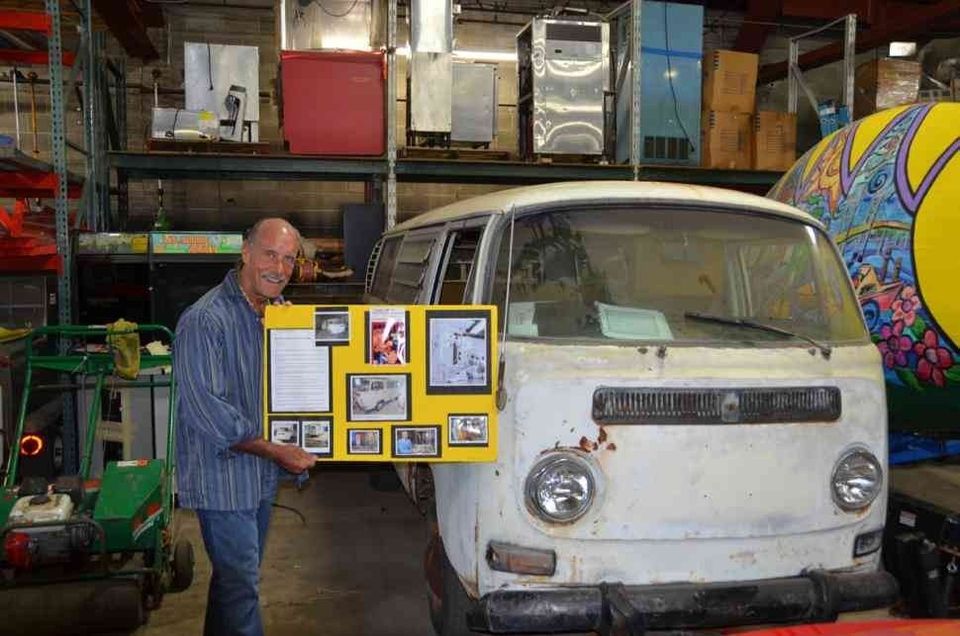