But the 58-year-old actor, famous in the West for "Rush Hour" and "Police Story", faces a backlash in his hometown where the mainland is viewed with increasing suspicion.

According to professor Sonny Ho, co-director at the Centre for Greater China Studies, Chan was selected to appear at the Chinese People's Political Consultative Conference (CPPCC) because his stardom could help promote ties.

"Jackie Chan is acting under the soft power and united front of the PRC (mainland) government," he said. The "united front" strategy, he said, was a campaign to promote a strong and peaceful homeland, unified with Taiwan.

China's growing clout over the past decade has seen actors from Hong Kong and Macau drafted into patriotic movies that glorify the country's past, from the mighty Han Dynasty to the early Communist Party era, Ho added.

The appointment of the martial arts star however was met with derision online in Hong Kong where Chan's reputation has taken a nosedive in recent years over his pro-Beijing stances such as calling for limits on the right to protest.

Dissatisfaction towards Beijing has risen in recent years over a range of issues from alleged political interference to an influx of mainlanders blamed for driving up property prices and for shortages of baby formula.

The announcement of Chan's appointment was greeted with online derision.

"Yet another movie star turns into a CPPCC member. Since when did this negative social trend become so popular?" one user posted on the Sina Weibo microblog site.

"Sure, add another big dope to a veritable congregation of big dopes," 'ianson' commented on the website of the South China Morning Post newspaper.

The CPPCC is a 2,000-strong advisory body which includes China's other token political parties and a few celebrities, including former NBA basketball star Yao Ming.

The conference, which convenes on Sunday, functions as a high-profile organisation but it is more toothless than China's essentially rubber-stamp legislature, the National People's Congress (NPC), which opens its annual session on Tuesday.

However the NPC, with nearly 3,000 delegates, has a higher profile this year as it will confirm the completion of China's once-a-decade power transfer. At the meeting, new Communist Party boss Xi Jinping will be installed as Chinese president, taking over from Hu Jintao.

Chan, who is known for his martial arts skills and daring comedic stunt work, provoked a furious fight-back last December after reportedly suggesting in a Chinese magazine interview that protests in his native city should be restricted.

And in 2009, he landed in hot water for telling a forum that "we Chinese need to be controlled".

Pro-democracy Hong Kong lawmaker Emily Lau said his appointment was more evidence that Beijing was not prepared to take the city's concerns seriously.

"Maybe he represents a certain segment of the population but he has also upset quite a number of people. So if Beijing decides to appoint him, it shows you what kind of views they want to listen to, which is quite unfortunate."

But while increasing numbers of entertainers have allowed themselves to be co-opted by Beijing, Lau was not hopeful many would be willing to voice dissent.

"The last time Hong Kong artists came together was on June 4, 1989 (after the Tiananmen Square crackdown on pro-democracy protests)," she said.

"Now, many of them are very frightened of upsetting Beijing. The mainland is also now the biggest market so they cannot afford to let go of those commercial opportunities." 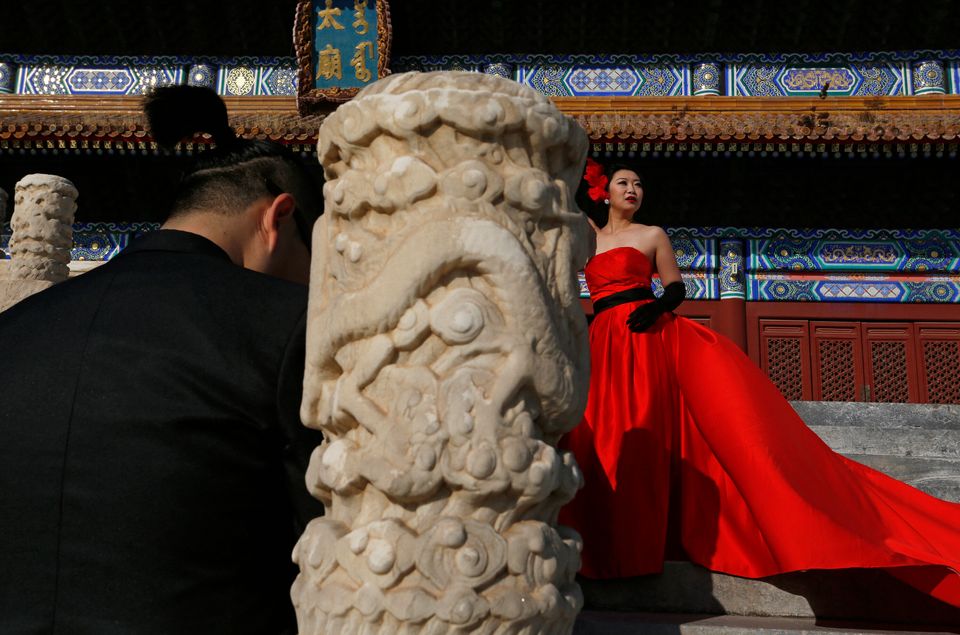 1 / 11
In this Nov. 12, 2012 photo, a Chinese bride wearing a red gown poses for photos in front of the Imperial Ancestral Temple in Beijing. (AP Photo/Vincent Yu)
AP