Jackie Chan is very much alive.

Squashing a rumor about his death that began circulating around the Internet earlier this month, Chan took to Facebook last week to provide proof of his continued vitality. 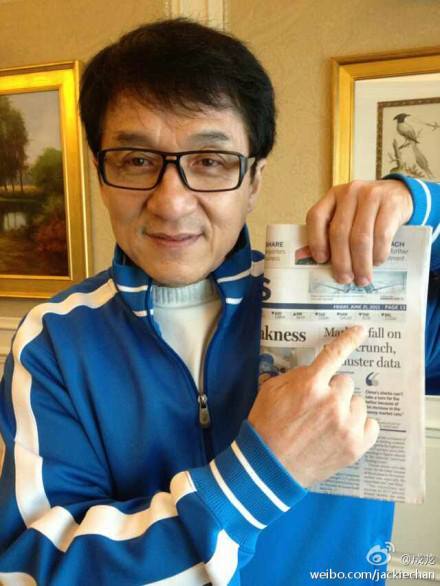 "... Everybody called me to see if I was alive," Chan wrote on his Facebook wall on June 21. "If I died, I would probably tell the world! I took a photo with today's date, just in case you don't believe me! However, thank you all for your concern."

Many fans of the "Rush Hour" star have taken to the Web to express their relief that their idol is still alive, with more than 230,000 of them "liking" Chan's Facebook post.

"I idolized you more than Bruce Lee. So better be safe at all times. Thanks for entertaining all of us. God bless," wrote one Facebook user on Tuesday in response to Chan's recent snap.

This isn't the first time that a Jackie Chan death hoax has made its way around the Internet. In 2011, a Facebook page called "Jackie Chan R.I.P 08/17/2011" went viral as flocks of fans memorialized the action star, who was said to have died from a heart attack.