People across the U.S. were mourning Wednesday for the the children of the Jackie Robinson West Little League team, who were stripped of their hard-fought 2014 U.S. championship title because of the rule-breaking adults in charge of them.

The team gave up its championship title Wednesday after Little League Baseball determined that both the team and its district “knowingly violated” league rules by recruiting players who did not live within the team’s geographical boundaries. 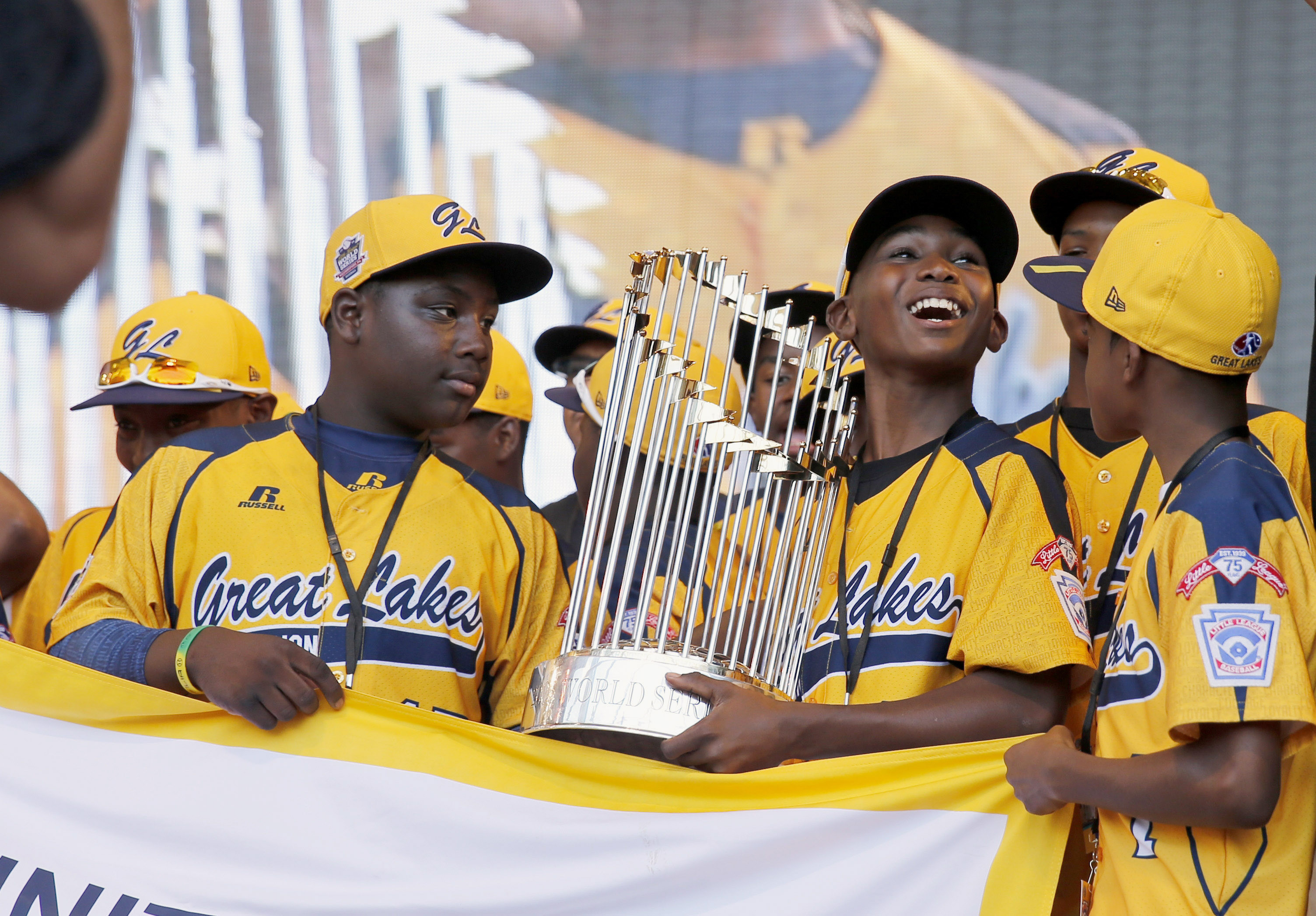 The Jackie Robinson West Little League team celebrates the victories that would soon be taken from them.

"They're still the champs to me,” Frank Jackson, a parent of one of the players on the team, told the Chicago Tribune. “They went all the way, they did what they had to do and went out there and played ball. This isn't their fault."

Many people voiced frustration that Jackie Robinson West, the first all-black team to win the U.S. Little League championship, would be punished for the missteps of adults. Karen Lewis, president of the Chicago Teachers Union, questioned why Little League Baseball didn’t do more to uncover the problem before the team took home the championship.

“That adult Little League officials failed to thoroughly investigate allegations in a timely manner, and therefore allowed these boys to play throughout the season, even as they continued to advance to the World Series, is reprehensible,” Lewis wrote in a blog post. “To strip Jackie Robinson West of its title nearly six months after securing the win tarnishes the efforts of our children who have dodged bullets, school closings and reductions in their school athletic programs in order to compete and win on the playing field.”

Some of Chicago’s most prominent political leaders expressed similar sentiments, wondering why young children should pay for the dishonesty of adults.

“I was upset to the point of tears this morning,” civil rights activist Jesse Jackson said Wednesday, according to the Chicago Sun Times. “There’s nothing these kids have done to have their championship erased.” 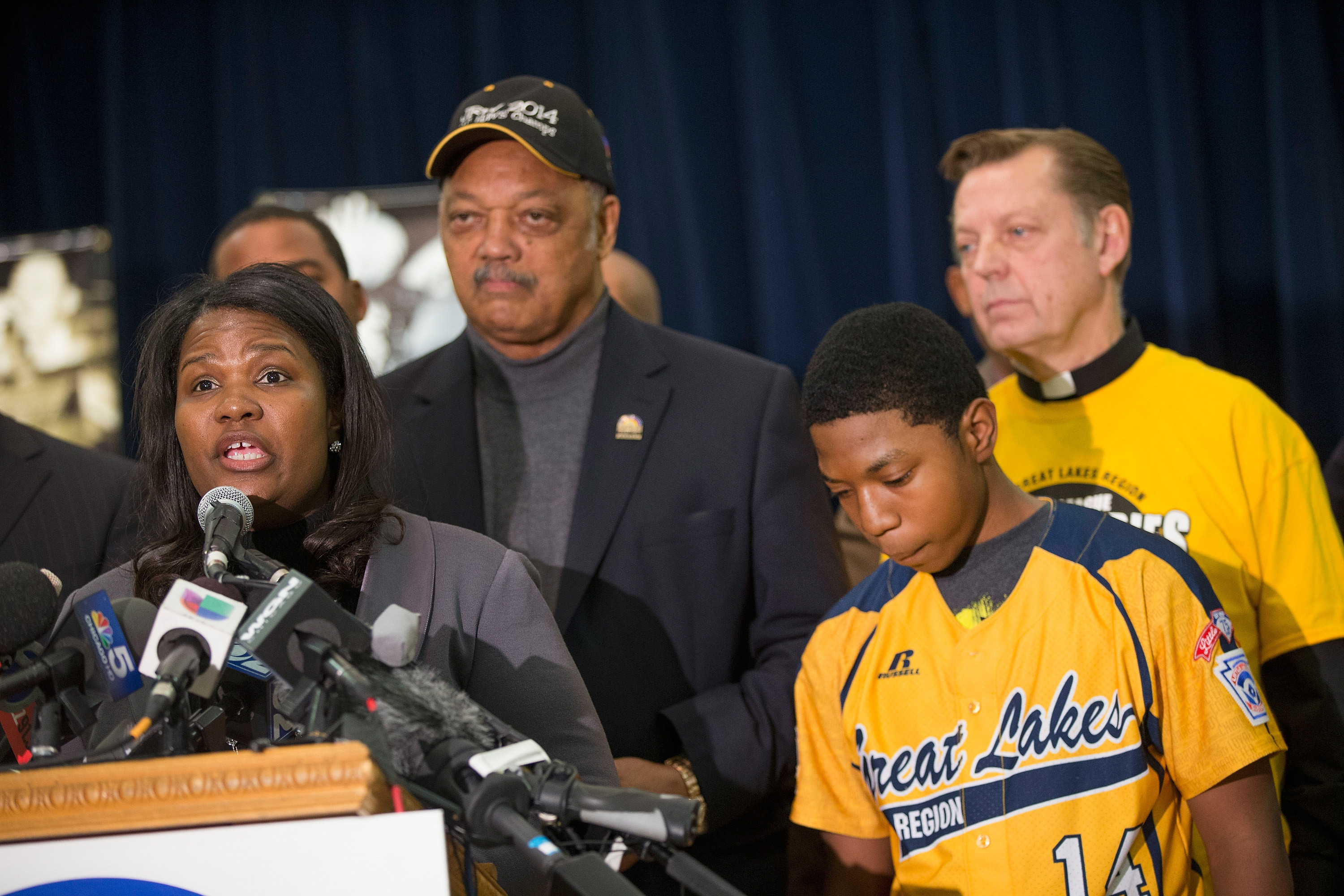 “These remarkable boys brought our entire city together and reminded all Chicagoans how important it is to support our children,” Mayor Rahm Emanuel said. “The city remains united in its support of these great children and in our hearts, they will always be champions in Chicago.”

A post on the USA Today blog For The Win, published Wednesday, was critical of Little League Baseball, noting that while the league’s revenue, compensation and broadcast fees have soared in recent years, the organization continues to rely on volunteers to check where the children on Little League teams live.

But sports psychologists interviewed by The Huffington Post said that the league made the right decision by taking away the team’s wins and championship. Doing otherwise would send the wrong signal to other coaches and, more importantly, the children playing the game.

“To me, the Little League didn’t take this away from the kids. Their own coaches did by cheating,” Daniel Gould, director of Michigan State’s Institute for the Study of Youth Sports, told HuffPost. “It’s a real hard one for me because I feel for the kids.”

“It’s not fair,” Joel Fish, a sports psychologist and the director of the Center for Sport Psychology in Philadelphia, told HuffPost over the phone. “But I always believe that in youth sports you use [these moments] as an opportunity to teach life skills.”

Fish said parents and mentors of the Jackie Robinson West team should try to make the best of a bad situation by helping the children clearly understand the wrongs committed not by them, but by the adults.

“If treated as a learning opportunity, there do not have to be traumatic consequences" for the children, Fish said.

“It has become an adult enterprise at this point,” Caccamo said. “Adults are calling the shots, and they are not trained to talk about sports in the way it was meant originally.”

“The kids should be proud,” Caccamo added. “But they are falling victim to untrained coaches, and parents are not stepping up to the plate. … The unfortunate removal of these kids’ championship [should act as] a wake-up call to parents, to leagues, to ask what goes on behind the training.”

The Las Vegas team that Jackie Robinson West beat for the championship will now become the victor in the record books. But even parents on the Last Vegas team expressed concern for the kids from Chicago.

“I don’t believe they had anything to do with this. This was about the adults,” Rick LaSpaluto, a parent of a player on the Las Vegas team, said. “I just pray those kids get past this.”