Although Gov. Mitt Romney has largely confounded the media while trying to sway voters over to his increasingly difficult to pinpoint health care plan, his comments are not evading one 12-year-old Coloradan.

Last week Jackson Ripley was watching political news coverage with his mom about pre-existing health care when he suddenly got up and decided it was time to write a letter to Romney.

Dear Governor Romney, I’d like to say congratulations on winning the republican nomination. But, I wish you stayed in Massachusetts. You’re plan for America isn’t what we need, and would hurt us more than it would help.

Jackson goes on to call out Romney on his health care stance and whether he actually will or won't repeal Obamacare, especially with regard to patients with pre-existing conditions, citing contradicting statements from Romney on "Meet the Press" and the "Tonight Show." Jackson also has strong words for Romney and his stance on gay and women's rights:

You’re domestic plans (birth control, gay rights etc.) are horrible! Women should get to manage their own health, and if you wonder why you’re not appealing to many women voters, rethink your birth control and women’s’ rights plans. And people should be able to marry whom they want.

Read Jackson's full letter in its entirety below.

Jackson's strong political beliefs appear to have, in part, grown naturally from his family's life experiences beginning with his little sister Kennedy who has had pre-existing conditions since she was just 4 weeks old.

Shortly after Kennedy was born, she developed a hemangioma -- an abnormal, raised tumor of blood vessels -- on her face. According to her mother, Lindsay Ripley, only 10 percent of children are born with a hemangioma and less than one percent of the cases are life-threatening, like Kennedy's.

The tumor grew so large that at just nine months old, Kennedy was diagnosed with congestive heart failure.

"She was very ill and in and out of the hospital for the first two years of her life. During which she had several procedures, surgeries, MRI's, CT's and hospitalized many, many times, making her our million dollar baby when she was around a year old," Lindsay Ripley told The Huffington Post.

In 2009, the flailing economy left Lindsay's husband John Ripley briefly without a job, and the family no longer had health insurance. John Ripley was employed again just three months later, but the smaller size of the company translated into a burgeoning reality that the family would have to shop for insurance elsewhere.

And everywhere they shopped they were accepted, except for Kennedy.

"Next to my daughter's name in big black bold letters was the word DENIED. The reason: Dollar amount previously spent, number of hospitalizations within five years and the pre-existing condition, congestive heart failure. I knew they were going to deny Kennedy, but I wasn’t prepared for how angry and sick it would make me feel," Lindsay Ripley said. "Like the insurance companies were saying my daughter was trash, she didn’t matter, wasn’t worth the same the health care and coverage the rest of us enjoy. Our only option was to purchase Kennedy an expensive policy through an insurance company exclusively for people with pre-existing conditions. Although they accepted Kennedy and took our money each month, they refused to cover her pre-existing condition, or anything caused by it, which was almost everything."

Jackson Ripley explained some of his reasoning behind the letter:

My inspiration for the letter was basically my frustration. It was painful (and sometimes a little funny) to see all the people that blindly supporting [sic] Mitt Romney, and I felt like I should bring that to people's attention. I already knew that his plans for America would tear us apart, and would bring more harm than good to families like mine, so I had to make a stand. What he would do was unfair, and I wanted to say something about that.

Lindsay Ripley shared Jackson's letter among some friends and family before sharing it with The Huffington Post and mailing it to Romney. She said that in 2010, the same year the Affordable Care Act was signed into law, Kennedy was added back onto the family policy but that she's since been diagnosed with a vascular malformation and will very likely require treatment for the rest of her life.

I think partly due to his sister's illness, at an early age Jackson began to notice injustices in the world that many children never see. Writing has always been a great outlet for Jackson, so three years ago when he was upset about the war in Iraq, we said, "write a letter to the president." And Jackson did. A year later when Jackson saw a homeless man in Cherry Creek and became very upset, we said "write a letter." After buying the man a Cinnabon, Jackson wrote to then-Mayor John Hickenlooper and thanked him for his efforts to end homelessness in Denver. When Jackson came home from school last week, I had the news on and they were discussing the fate of health care and preexisting condition coverage if Governor Romney were to become president. Jackson watched the segment with me. When it was over, Jackson stood up and said, "Excuse me mom, I have to go write a very strongly-worded letter!" So John and I no longer say "write a letter" because he does it on his own.

I’d like to say congratulations on winning the republican nomination. But, I wish you stayed in Massachusetts. You’re plan for America isn’t what we need, and would hurt us more than it would help.

First, repealing Obama care and other health plans he’s put in place have helped families across America, including mine. I live in a middle class family, and two years ago my little sister; Kennedy was denied insurance because of her pre-existing condition. This was a huge emotional stress and financial burden on my entire family. Under Obama Care, insurance companies can no longer deny Kennedy and kids like her, the coverage they need and deserve. Because of Obama care my little sister was able to have the several surgeries she needed that helped save her life. Once the President was elected he put Obama Care into action, just like he promised and made it so that you could get insurance with pre-existing conditions. This has made a direct impact on my family. My family is with out a doubt better off now, than we were four years ago!

It is to my understanding that you stated that you were going to repeal Obama Care, including the part I have mentioned, which will take away the insurance we have and need for my sister Kennedy. Why do you think she doesn’t deserve health care? Also, when you were interviewed on “Meet the Press”, you stated that you would NOT repeal this part of Obama Care, but then your campaign backpedalled and on the “Tonight show with Jay Leno”, you said that you WOULD repeal this.

Also, you’re domestic plans (birth control, gay rights etc.) are horrible! Women should get to manage their own health, and if you wonder why you’re not appealing to many women voters, rethink your birth control and women’s’ rights plans. And people should be able to marry whom they want. We built this country so people could have freedom, and not have religious beliefs control them to that length. This country was in no way built on any religion, so we should not create laws that repress the American people in a religious way and hurt our most vulnerable. 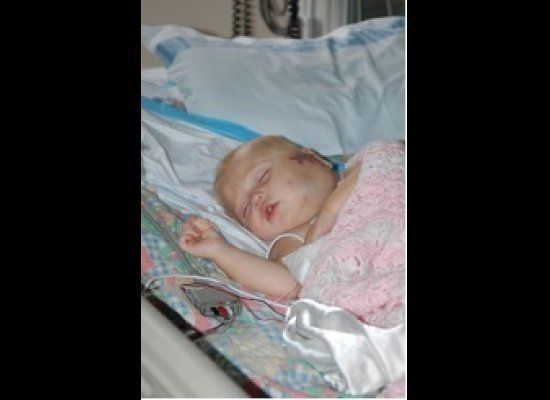