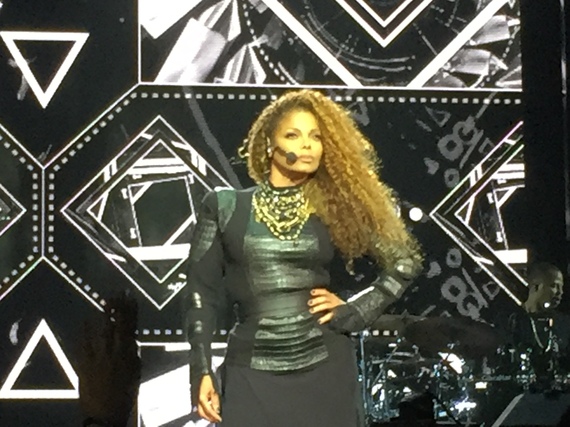 San Francisco, CA - Janet Jackson's Unbreakable Tour rolled through the Bill Graham Civic Auditorium last night where the sold out show went back down memory lane. The little girl we watched grow up on television blossomed into a beautiful woman who knows how to command a stage -- all black everything, accented with layered gold chains, long flowing red hair, and just simply flawless.

The talent in the Jackson family runs deep and Mrs. Jackson spared no cost to performing hits from the last four decades. Her dance moves and singing was no different than if you saw her back in the 80's 90's or 2000. Her dancers included two little girls that showed no signs of fatigue during the hour and a half set. Jackson's voice accompanied by an eight-piece band sounded just like if you heard her music on the radio in your car. 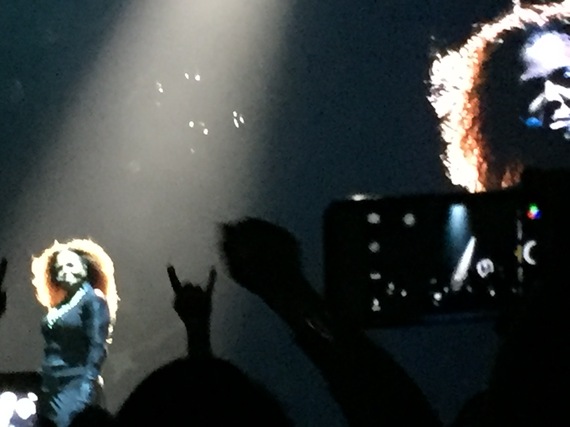 Unlike most super stars, Jackson made no wardrobe change, instead she danced and sung through 30 songs non-stop with a few sets focusing on her dancers and the band. The song selection was thrilling, a balance of her old and new songs kept the sold out crowd on their feet for her entire performance. Songs that got the crowd involved were Control, What Have You Done For Me Lately, Pleasure Principle, Escapade, All 4 U, and of course Rhythm Nation.

Her new hits from the album Unbreakable were surprisingly good, especially since they were accompanied by a special tribute to many of the political battles the world has faced over the last few years. Jackson has never hid her displeasure of less fortunate and in her new song, "Shoulda Known Better" she showed snippets of the war in the Middle East, the Michael Brown shooting "hands up don't shoot", children seeking education and women's rights on the concert's projector screen. 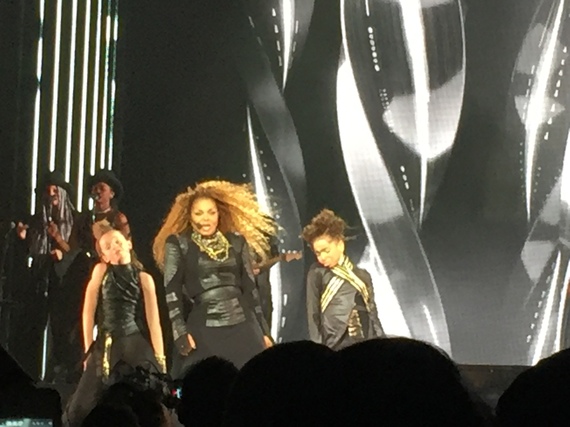 Jackson's new album Unbreakable debuted at No 1. on the Billboard 200 albums chart. It marks her seventh chart-topper and makes her just the third act to achieve No. 1. This is the first album for Jackson since 2008's Discipline which also debuted at No.1. Her single No Sleep also debuted at No. 1. An emotional Jackson made a tribute to her brother Michael Jackson in many of her songs but graciously thanked the crowd before the finale "Unbreakable".

"Thank you for supporting me throughout the years, as well as supporting my entire family, it means so much to me. I love you!" said Jackson before ending her show.