This little boy who overcame cancer saw his dreams come true on the big screen.

The Make-A-Wish Foundation helped make Jacob Angel, 7, of North Hollywood, California, a star. The 7-year-old was diagnosed with nephroblastoma, a rare form of kidney cancer in early March, according to his fundraising page. The boy, who is now cancer-free after months of treatment, wanted to act in his own war movie. The organization recently granted Jacob's wish, and on Wednesday, he attended a screening of the movie, called, "Protecting Our Country’s Fate," KABC reported. 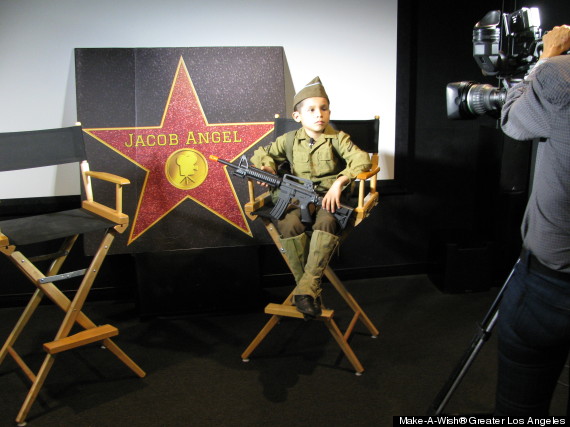 Jacob at the screening of his movie with his very own star, holding a fake gun.

"He thought it was amazing," Tony Angel, Jacob's father, told "Good Morning America" of his son's reaction to the movie. "He thought he feels like he’s a star."

The World War II-themed film was shot in July, at Fort MacArthur in San Pedro, California -- just days after Jacob had received a chemotherapy treatment. Wearing a small military uniform, the boy, along with 1,000 re-enactors, participated in the filming during the Fort's Living History Event, KABC reported. 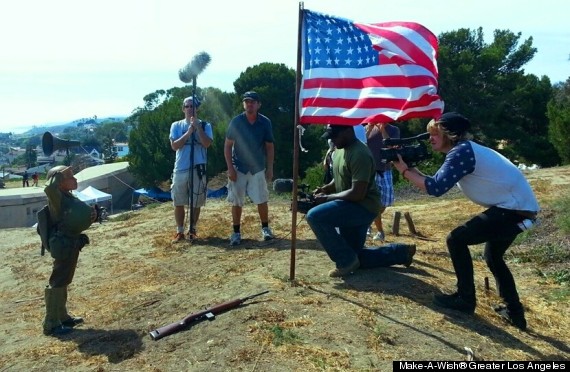 Jacob saluting to the camera on set.

While the cancer survivor had a blast filming, one particular scene in which he sticks his flag on top of a hill, signaling victory, is his favorite. "Because it was like I just won the war," Jacob said.

Jacob's wish came as no surprise, as the little star has been interested in all things related to soldiers and war after seeing the movie, "Saving Private Ryan," his father told "Good Morning America."

"He really has respect for soldiers and knows how hard it is and that it’s really not fun when [they’re] in combat. He feels it’s really honorable and that’s why he named the movie," Tony told the outlet of his son's wish.

Jacob's family also said his strength in his battle against cancer is admirable.

Earlier this year, Make-A-Wish in Illinois made a similar dream come true for a 5-year-old boy with leukemia. Little Maddex got to star in his own action movie inspired by "Godzilla." Dozens of actors and extras made the child's wish possible, and Chicago Mayor Rahm Emanuel even made a cameo. And of course, who can forget Miles Scott aka Batkid, who captured the attention and hearts of the Internet when his wish to be his favorite superhero came true, thanks to the organization.

Young Cancer Survivor Turns Into WWII Soldier For His Own Movie, Thanks To Make-A-Wish
From Cancer Sufferer To Bodybuilder 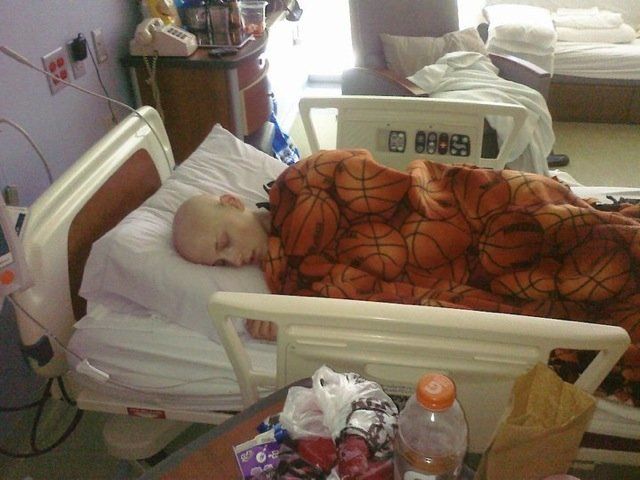