When Jacob Barnett was 2 years old, he was diagnosed with moderate to severe autism. Doctors told his parents that the boy would likely never talk or read and would probably be forever unable to independently manage basic daily activities like tying his shoe laces.

But they were sorely, extraordinarily mistaken.

Today, Barnett -- now 14 -- is a Master's student, on his way to earning a PhD in quantum physics. According to the BBC, the teen, who boasts an IQ of 170, has already been tipped to one day win the Nobel Prize.

Since enrolling at Indiana University-Purdue University Indianapolis (IUPUI) at the age of 10, Barnett has flourished -- astounding his professors, peers and family with his spectacular intelligence.

The teen tutors other college students in subjects like calculus and is a published scientific researcher, with an IQ that is believed to be higher than that of Albert Einstein. In fact, according to a 2011 TIME report, Barnett, who frequently tops his college classes, has asserted that he may one day disprove Einstein's Theory of Relativity. (Watch him explain his genius to 60 minutes' Morley Safer in a 2012 interview in the video above.)

Outside of his rigorous university commitments, Barnett, who has Asperger's Syndrome, is also an entrepreneur and aspiring author.

The teen, who, with his family, runs a charity called Jacob's Place for kids on the spectrum, has used his story to raise awareness and dispel myths about autism.

"I'm not supposed to be here at all," he said last year during a TEDx Teen speech about "forgetting what you know" in New York City. "You know, I was told that I wouldn't talk. There's probably a therapist watching who is freaking out right now."

Though he makes it all look so easy, his mother, Kristine Barnett, says that he has to work hard on a daily basis to handle his autism.

"He overcomes it every day. There are things he knows about himself that he regulates everyday," his mother told the Indianapolis Star last month.

In April, Kristine Barnett's memoir about her family's experience with autism, "The Spark: A Mother's Story of Nurturing Genius," was released. A movie deal is said to be in the works.

"I hope it really inspires children to actually be doing something," Barnett told the Star of his mom's book and potential film. "[I hope it] encourages them to do what they like doing. I just hope it is inspirational."

For more on Jacob Barnett, watch this March 2013 YouTube video of him working through what is described as "a simple quantum mechanics problem":

Jacob Barnett, 14-Year-Old With Asperger's Syndrome, May Be Smarter Than Einstein
Little Boy And His Bulldog Are Best Friends 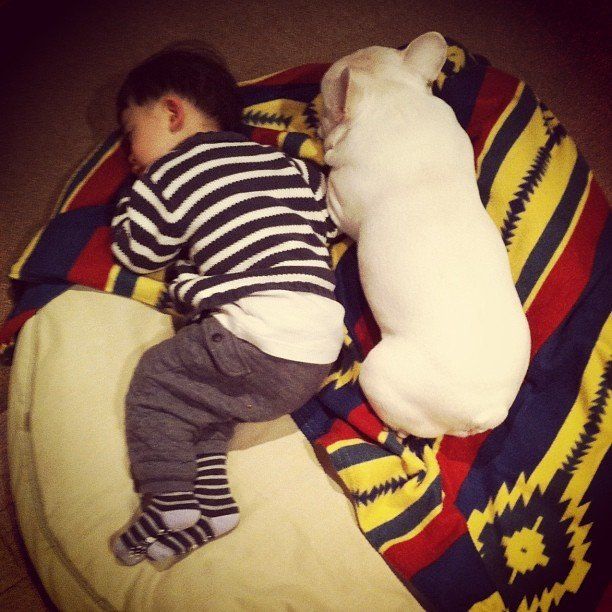