Jacob Walker, 20, of Gilbert, AZ, was arrested on June 10 for allegedly trafficking marijuana over the Internet.

According to police, Walker posted a Craigslist ad in which he offered to exchange an 32GB iPod Touch and marijuana for a 32GB iPad. He included pictures of both in his ad. (Seen below) 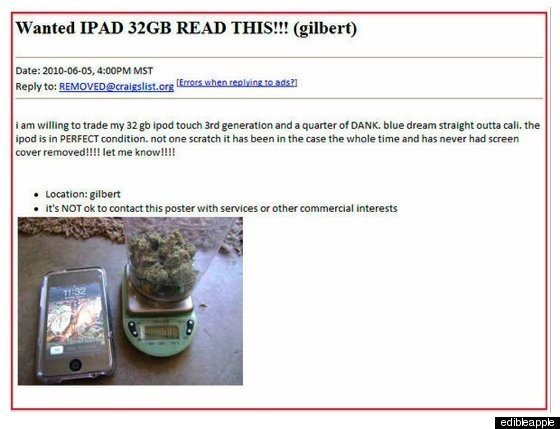 Gilbert police discovered the ad and posed as potential traders, requesting a meeting with Walker at a public location. Walker showed up with the iPod, a quarter-ounce of marijuana, and another man, Joseph Velarde. Police arrested both Walker and Velarde when they presented the illegal substance to police.