Jada Pinkett Smith wants critics to know that they cannot make choices for her daughter, Willow -- about her hair, about her style, about anything at all -- because girls "have the RIGHT to own themselves."

The actress and mother of three took to Facebook to address those who questioned why she let Willow cut her hair several months ago.

In her post, Pinkett Smith emphasized that abiding by societal constraints is not her idea of mothering:

The question why I would LET Willow cut her hair. First the LET must be challenged. This is a world where women,girls are constantly reminded that they don't belong to themselves; that their bodies are not their own, nor their power or self determination. I made a promise to endow my little girl with the power to always know that her body, spirit and her mind are HER domain. Willow cut her hair because her beauty, her value, her worth is not measured by the length of her hair. It's also a statement that claims that even little girls have the RIGHT to own themselves and should not be a slave to even their mother's deepest insecurities, hopes and desires. Even little girls should not be a slave to the preconceived ideas of what a culture believes a little girl should be. More to come. Another day.

Willow's hair has been the signature of the 12-year-old's style. She has rocked everything including long, plaited extensions, neon-green dye and a wild side-swept coif.

In February, Willow debuted a buzz-cut, and critics were shocked that Pinkett Smith would let her daughter shave off her hair.

But, neither Pinkett Smith nor her husband, Will, is looking for parenting advice.

Will Smith spoke about why they let Willow cut her hair in an interview with Parade magazine back in May, explaining that she is control of her body.

"We let Willow cut her hair. When you have a little girl, it's like how can you teach her that you're in control of her body?" said the actor. "If I teach her that I'm in charge of whether or not she can touch her hair, she's going to replace me with some other man when she goes out in the world."

He added, "She has got to have command of her body. So when she goes out into the world, she's going out with a command that is hers."

[h/t Jezebel for the find.] 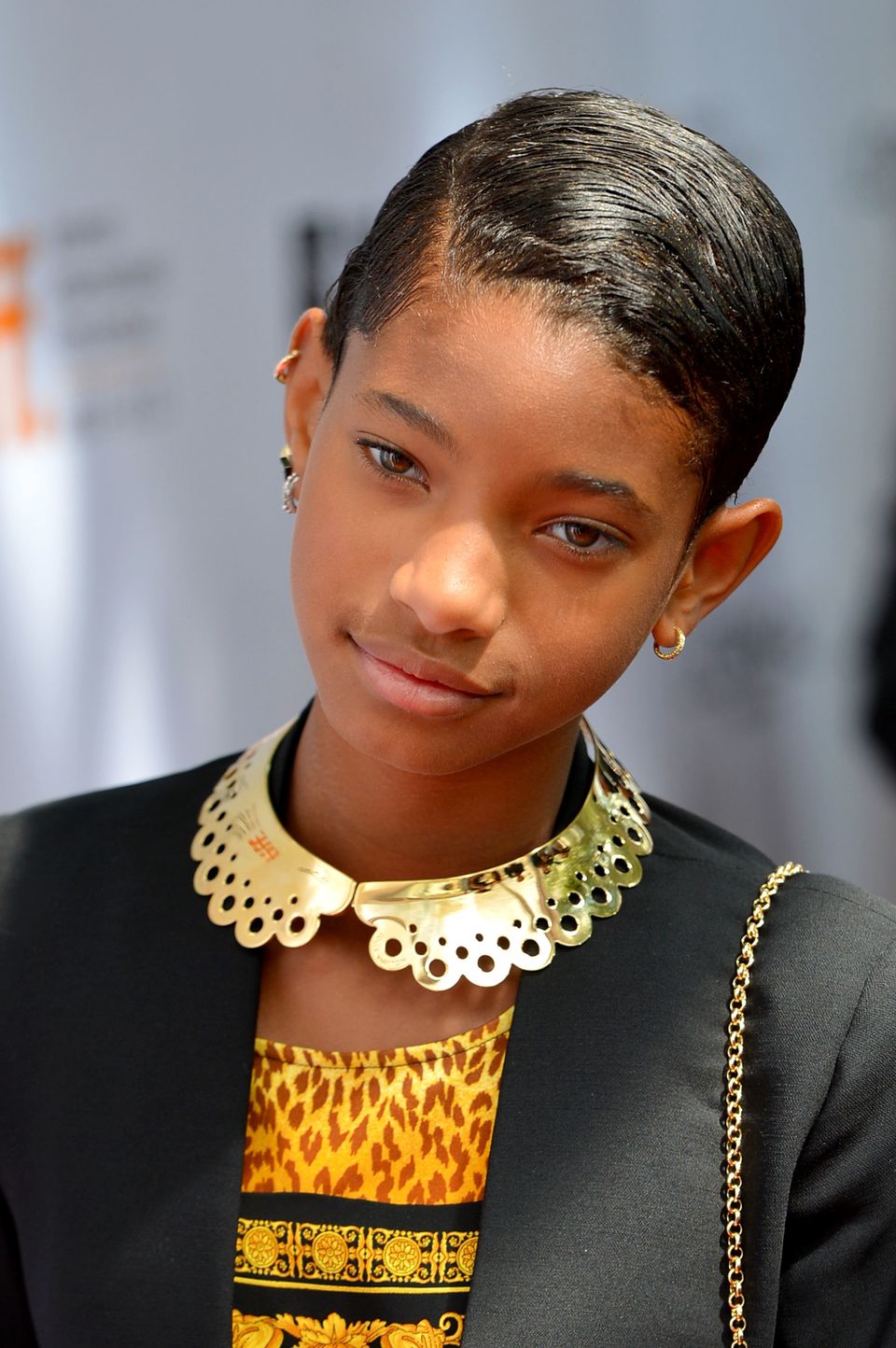