Each month Athlete Ally and Huffington Post will feature a new Voice to Voice segment featuring LGBT and ally people of color leading the movement to end homophobia, biphobia, sexism and transphobia in athletics. The discussions will focus on the interplays of race, ethnicity, sexual orientation and gender identity, and how those relationships affect LGBT inclusion and allyship in sports. Topics may include faith, family, health, body, immigration, community, stigma, visibility, economic status, violence, masculinities and femininities, language and more.

In the past year, the cheerleading community has lost several gay young athletes due to bullying. Most recently, twelve-year-old Roman Shimizu took his life. His friends said that he was bullied for being a male cheerleader.

When LGBT youth are bullied, often times it is because of their gender expression and their societal gender non-conformity. It is extremely important to raise awareness about LGBT issues and to establish allyship within the cheerleading community and the general sporting world.

In order to do so, there must be a willingness to discuss these issues and to learn in public. I, Karess Taylor-Hughes, thought it would be timely to interview Jade Faletto, a transgender cheerleader, to hear her ideas on how we can all work to facilitate difficult conversations and create safe spaces for discussion.

Karess: As a masculine-presenting, female-bodied person of color who is same-sex loving, I know the value of understanding how people identify. Too often we make assumptions about one another, which can end in insult and disrespect. Jade, how do you identify and what is your preferred gender pronoun? I prefer gender neutral pronouns like them, they, theirs or just the use of my name “Karess.” How about you?

Jade: Up until last year, around this time, I identified as a gay male. Since I began my transitioning [process], I’ve lived my life as a female. I use female pronouns.

Karess: Over the past decade, cheerleading has evolved from a sideline spectacle to a competitive sport. Quite a few stereotypes have been laid to rest. Throughout the process, the mental and physical demands [of cheerleading] have changed. For some time, cheerleading played a big role in your life. Considering the amount of strength that it takes to meet those expectations, where you able to maintain the balance?

Jade: I started cheerleading in high school, which is considered late. When I stared cheerleading it was overwhelming for me. It was a whole new world and vibe of people. Finding the balance was hard, but with help I was able to become a stronger person. Being a cheerleader made me stronger -- I wouldn’t be the person I am today if I had not cheered.

Karess: When it comes to male cheerleaders, there are many assumptions about sexuality and gender presentation. As a result, these assumptions have resulted in physical and verbal bullying. In the past few years, we’ve heard of extreme cases of bullying that have lead to depression and suicide in male cheerleaders. Before you began transitioning, did sexual assumptions play a role in your experiences?

Karess: Did those assumptions impact you?

Jade: In the beginning of my cheerleading career, I was scared that people would judge me and look at me weird. After being in the “All-Star World” of cheerleading, it became less scary because there were a lot male cheerleaders coming out. I never really felt judged. 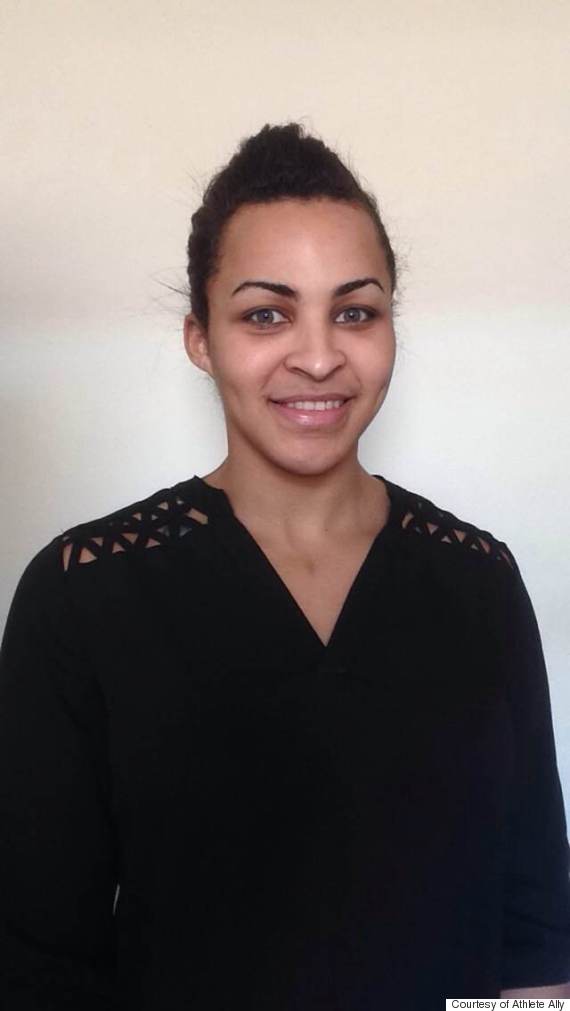 Karess: Did you feel support from the academic institution that you were at?

Jade: When I started high school cheerleading it was scary because not that many male cheerleaders cheer for their high school because kids can say whatever they want. At first it was difficult, but after I started tumbling people warmed up to me and I made friends. I became the cool guy.

Karess: What about your All-Star community?

Jade: At my gym, there was a tremendous amount of support. I had coaches and teammates who were gay. I had a lot of people who taught me that it is okay to be myself and confident.

Karess: That leads me into my next question. You know, as we grow we discover more of our true selves and we also create ourselves. It really takes courage for a person to express who they really are. Did you always consider transitioning, or was it something that came about with maturity?

Jade: When I was growing up, I saw trans people on TV. They were never really portrayed in a positive light. It was something that I never wanted to do because it was frowned upon. It was always in the back of my mind. I moved to Kentucky last year when I was 22 and I met a lot of trans-drag performers. They were so happy to be themselves. They washed away the stigmas around trans people that I had engrained in my mind. I became comfortable around them and began watching videos about trans people on YouTube. Some of them had hard lives and some of them had great lives. It gave me the courage and strength to be who I want to be. So I decided to transition because I knew I would be happy if I transitioned.

Karess: When did you begin transitioning?

Karess: Considering the recent events surrounding professional athletes openly discussing their sexuality and gender, do you think the comfort level for these discussions has increased within sports? Do you believe the conversations have spread to women’s sports and other levels of competition? 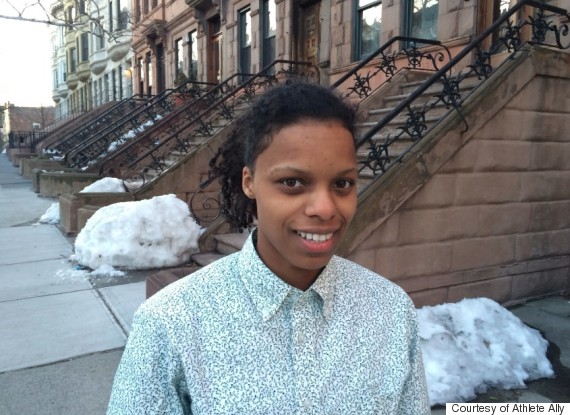 Jade: I think people have become more comfortable talking about homosexuality and the LGBT community in general. People are becoming more accepting as more people come out. Each person that comes out helps people see that we are normal and function in society. It especially helps when people see a celebrity or someone that they look up to being themselves.

Karess: In sports, a lot of the athletes that have publicly come out have been gay males. It’s been a common narrative lately. Whenever we talk about any sort of phobias when it comes to sexuality and gender in sports, people always refer to Michael Sam and Jason Collins. There isn’t much mention of female or trans athletes Fallon Fox and Kye Allums, who are trans athletes of color who have come out. Do you feel that there is a space in sports for trans individuals who want to come out and have their story told?

Jade: I feel like trans women don’t have a strong enough space in sport. Trans women are not that visible in the public eye yet. We have actresses like Laverne Cox and activists like Janet Mock, but we don’t have many visible people in sports. It seems like gay males are better understood by the public. There needs to be space for the discussion for trans issues and experiences. Hopefully, in the coming years people will be comfortable to come out.

Karess: I completely agree. It’s important that we have this conversation so that we encourage others to do the same. I constantly hear conversations like, “Oh, Michael Sam already came out and he’s been accepted. What the big deal now?” People have to realize there’s more to it than that. There’s more than Michael Sam. There are different identities and oppressions in the sporting industry.

Jade: Trans women have been put into this box where we aren’t to be seen or head. However, social media has been amazing for the trans community. It has shown people that we can live normal lives. We can be actresses, athletes, business people -- we can be anything we want. For me, I wouldn’t have transitioned without social media. It showed me that there are normal, happy trans people in the world. I love social media.

Karess: Do you feel as though there is a racial misrepresentation of what the trans community looks like? Do you believe that the way we are portrayed in the media impacts the way we are perceived (criminals, emotionally unstable, villains)?

Jade: There can be. I wouldn’t say there is a misrepresentation though -- there isn’t much variety. With time, hopefully there will be a greater spectrum of trans people in the mainstream media.

Karess: Have you experienced or endured any public harassment any because of your gender presentation?

Jade: I still physically looked male, but I dressed female. A of couple times men would say inappropriate things to me. I was never really harassed though. At first, I was scared to go out and face people. I didn’t want to be harassed or attacked for being who I wanted to be. The more I went out and exposed myself, I noticed that people didn’t say much too me.

Karess: Coming out isn’t a one step process. It’s a continual thing. It’s amazing to hear that your story has started off well. What advice would you give to help anyone who is transitioning and facing discrimination?

Jade: There are going to be times when you feel alone, hated and misunderstood. You have to be strong and love yourself. It’s important to know that there are people out there who understand your battle and they are available to help you if you reach out. There are people out there who want to help. Even though you may be going through difficult times, know that things will change.

Karess: Before we conclude, what are you looking forward to?

Jade: I’m looking forward to continuing my transition. In the future, I plan to apply to the police academy and culinary school.

Karess: What is your motivation for police academy?

Jade: Even before I began transitioning, I always wanted to become a police officer. I feel like I was put on this earth to protect trans people. I want to protect the LGBT community. It’s something that I am going to pursue.