We stopped in one of our local tiendas the other day... The one that carries "gringo" items... instant soups and spaghetti sauces and spices and booze with familiar North American labels. They're pricey, but they're there when you need them. And sometimes you need (or at least desperately "want") them.

In the store at the same time was a couple of North Americans we hadn't seen in town before. He was looking intently at different items on the shelves, and she was standing a little awkwardly near the counter. 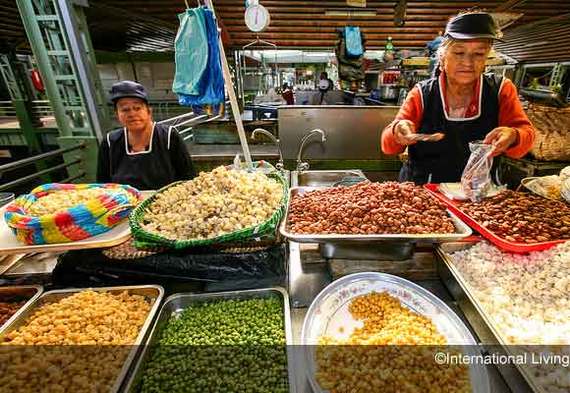 The man saw us... another obvious North American couple... and a look crossed his face that was at once sheepish and hopeful.

"Excuse me," he whispered, "but do you know the Spanish word for butter?"

Ah, we thought to ourselves... more greenhorns.

"Mantequilla," one of us whispered back.

The shopkeeper in this shop speaks excellent English, but we didn't tell the man. It was late, a little chilly out, and we were carrying other heavy items on our way home. We had no time to play tour guide or translator to another set of wet-behind-the-ears newbies.

We surprised ourselves by thinking, "Let him learn Spanish the hard way, like we did."

And as soon as we thought this, we flashed back to our own first days and weeks abroad as expats. Lost. Uncomfortable. Unable to make our basic needs and wants known to the locals. Tired, scared, and cranky.

Have we really been abroad so long that we've forgotten what that was like?

Apparently. That's why we whispered "mantequilla" back to him instead of just saying out loud, "It's called mantequilla here, and they keep it up in the front cooler. It's wrapped in gold foil, just like butter back home. Here, let us show you. And don't worry, Lydia the shopkeeper speaks great English, so just ask her for anything else you need."

In other words, "Welcome, stranger."

Instead, we exhibited all the symptoms of Jaded Expat Syndrome.

"We found this place first, on our own. We're now old hands, and we'd be pleased if no more of you bumbling expat wannabes would show up. We and our other expat friends have settled in and have things arranged pretty much the way we want them, so you newbies can cut your own teeth and make your own mistakes and find your own hangouts and hidey holes...hopefully in somebody else's town. Bye."

Not a proud moment for us.

But we all get like that. If you've been abroad for any length of time, you automatically become an information resource for later arrivals. And you end up saying the same things over and over and over. "Yes, the water is potable. Yes, they cut their chickens into pieces we don't recognize. No, you can't get Peter Pan peanut butter here. Yes, the customer service can be difficult sometimes. Yes, the bus does run by here. No, I don't know the timetable, it comes when it comes. Yes, they have butter here. It's called mantequilla..."

Back when we first moved abroad, we'd have given a couple of toes to have somebody at hand in those first few days and weeks who could have even understood these questions, much less answered them for us.

And it's good for us to remember those days. As tedious as it can be to provide what we now consider basic information to newbies over and over again, it's much worse to be...

Related Articles:
Four Great Places To Retire Where It's Easy To Fit In
Better Health, More Happiness, And Lower Costs In Cuenca
Cat Talk, Cursing, And Other Benefits Of Speaking Spanish