Since the start of the Fourth of July weekend on Wednesday, at least 55 people have been shot across Chicago, nine fatally.

Eleven people were wounded in shootings on the South and West Sides Friday night and early Saturday, the Tribune reports.

The weekend's youngest victim was injured Thursday in a South Side park. Five-year-old Jaden Donald was shot in the abdomen and right leg while playing in Cooper Park at 11712 S. Ada St. just before midnight. 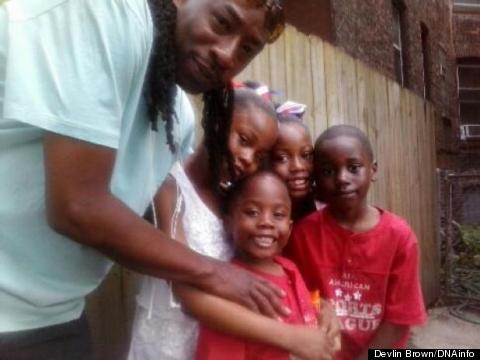 Jaden Donald, center, was injured Thursday night along with two other men during Fourth of July celebrations in Chicago.

Jaden's mother, Jasmine Donald, told reporters her son ran towards her as the gunfire started, falling before he could reach her; Donald then lifted her son's bloody shirt to find a gaping gunshot wound in his stomach.

"This senseless shooting needs to stop," Donald told the Tribune, "It's just senseless. This makes me want to go back in the house with my kids and never go out. Why would you do something like this? Why? All these kids and innocent people out here, why?"

Family members say the boy underwent surgery and is not breathing on his own; another relative told the paper the little boy lost at least two organs.

Earlier Thursday, 7-year-old Christian Lyles was shot in the neck in the 300-block of East 85th Street in Chatham. NBC Chicago reports the boy was picnicking with his family in Nat King Cole Park around 7:25 p.m. when the shooting occurred.

Lyles was taken to an area hospital where he remains in critical condition, according to DNAinfo Chicago.

According to multiple Sun-Times reports, five men were killed in shootings around the city in Woodlawn, Grand Crossing, East Garfield Park, West Englewood and West Chatham between Thursday night and Friday.

The holiday weekend was already off to a violent start, with three dead and at least 12 injured between Wednesday evening and mid-day Thursday.