Will Smith's kids have been following in his footsteps, appearing in films and working red carpets, and now younger son Jaden is starring in a movie being made just for him: a remake of "Karate Kid."
Variety reports:

Columbia Pictures is back in the dojo with a new version of the 1984 hit "The Karate Kid," which has been refashioned as a star vehicle for Jaden Smith.

The film will be produced by Jerry Weintraub (who launched the original franchise) and Overbrook Entertainment's James Lassiter, Will Smith and Ken Stovitz. Will Smith, who is the 10-year-old actor's father, co-starred alongside Jaden in his feature debut, "The Pursuit of Happyness," which Overbrook and Escape Artists produced for Columbia.

The script is being written by Chris Murphy, and the film will shoot next year in Beijing and other cities. While the new film will be set in that exotic locale, it will borrow elements of the original plot, wherein a bullied youth learns to stand up for himself with the help of an eccentric mentor.

The younger Smith, who next stars in "The Day the Earth Stood Still," is a martial arts practitioner.

Smith has three children: son Trey for a first marriage and daughter Willow and Jaden with wife Jada Pinkett Smith.

Jaden, who turned 10 in July, wore his sunglasses at night this summer at premiere for "Kit Kittredge" and at "Hancock."

With sister Willow at "Hancock": 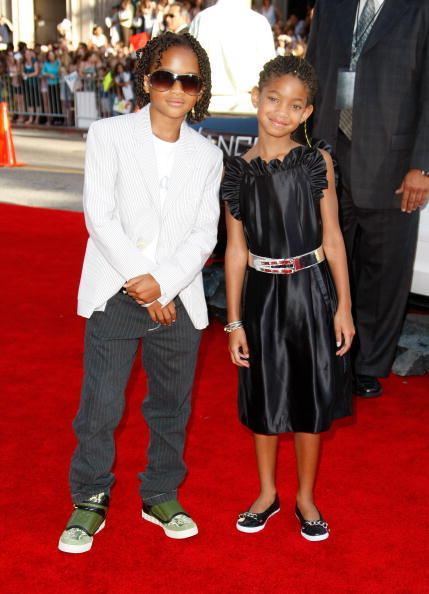