Jaggery (pronounced jag-uh-reey) is a hugely popular sugar in South and Southeast Asia, but do you know exactly what it is? Why are Americans, who are always on the hunt for alternatives to refined white sugar, in the dark about this tasty, unrefined sugar? Slightly less sweet than maple syrup, a little thicker than honey and boasting a rich, brown sugar-like flavor, jaggery is worth getting to know. It's like a cross between spicy molasses and buttery caramel. Interested yet?

Jaggery typically comes from the sap of palm trees, which might explain why it's relatively unheard of in the United States. Palm trees grow in tropical environments, and unfortunately for us, most of the United States doesn't quite count as tropical. There are many different kinds of palm trees, and jaggery can come from date palms, coconut palms or sago palms, Wise Geek explains. In Myanmar, jaggery is made from toddy palm trees. The sugar is tapped from the trees and can be boiled down to be used in a variety of ways, just like maple syrup.

Jaggery can also come from sugar cane juice. After sugar canes have been crushed to produce cane juice, the liquid is boiled down and reduced to make jaggery. (Boiling sugar cane is also how you make molasses.) Jaggery might be labelled according to type -- whether it's made from palm trees or sugar cane -- but not necessarily. Cooks Info explains that because jaggery doesn't require "expensive refining," it can be produced by anyone, including small producers where labeling may not be used at all.

Whether it comes from palm tree sap or sugar cane juice, the boiled and reduced liquid is only the starting place for many different products. The syrup might be cooled and cut into candies, or mixed with ingredients like nuts or coconut. In Myanmar, it's common to eat jaggery candies by themselves, or to roll the sticky syrup with tamarind into little balls that are then coated in sugar.

In addition to tasting delicious, jaggery is also said to have medicinal properties. According to The Washington Post, it "is used to treat respiratory infections" in Ayurvedic medicine. Because it is unrefined, it retains more of its vitamins and minerals than refined white sugar does, WiseGeek says. Purported health benefits aside, the subtly spicy, rich flavor of jaggery is enough motivation for us to seek out this Asian treasure.

If you can't find jaggery in a local South Asian market, you can buy it from Pure Indian Foods or from various suppliers on Amazon.

See below for photos from a jaggery manufacturer outside of Bagan, Myanmar. 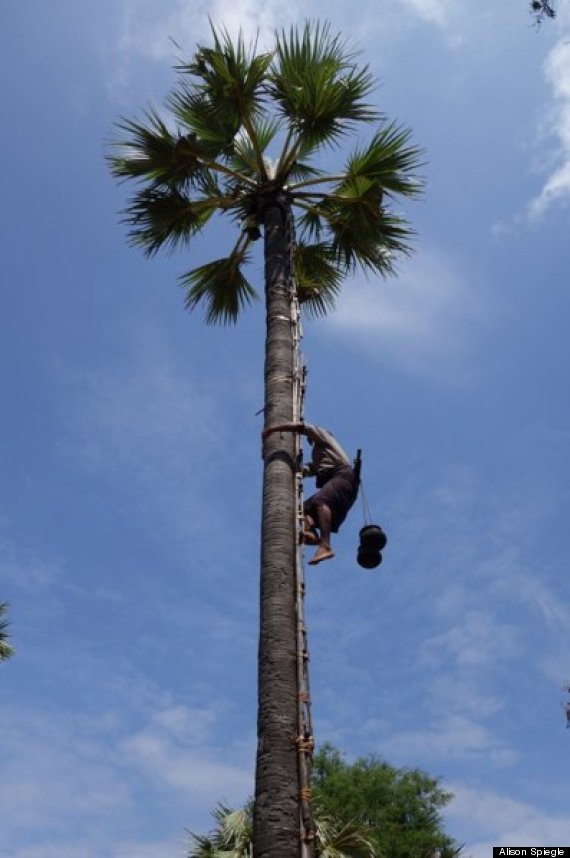 Climbing a toddy palm tree to retrieve the sap. 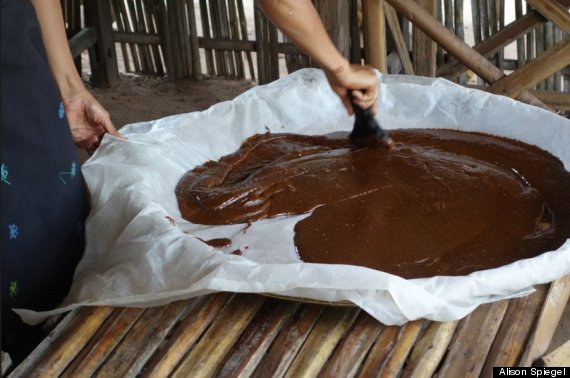 Jaggery that has been boiled, reduced and cooled into a sticky, caramel-like texture. 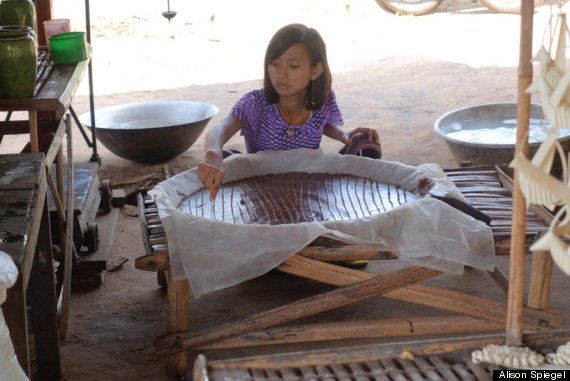 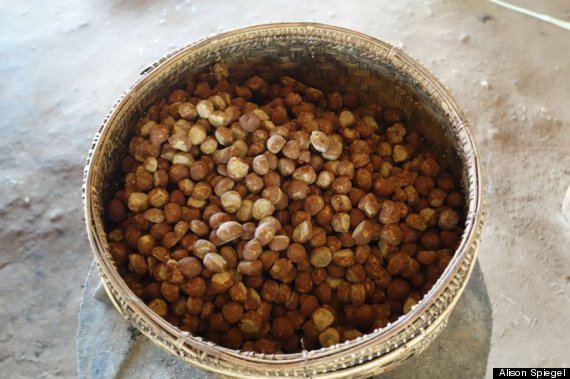 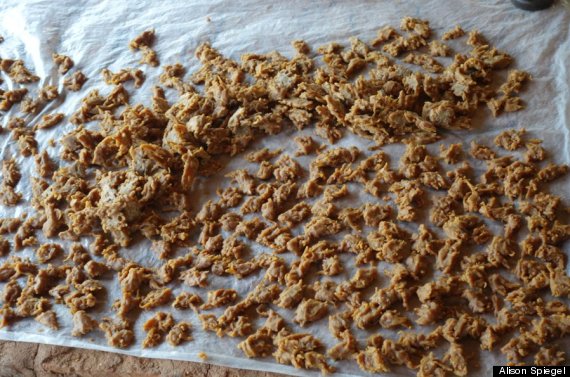 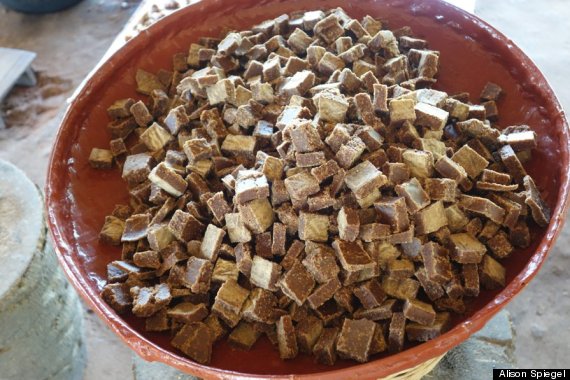 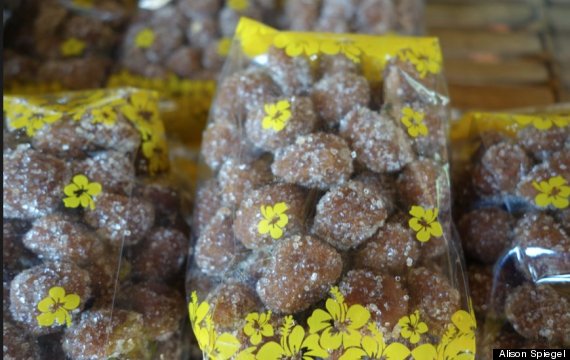 Jaggery mixed with tamarind and coated in sugar.