The tragic case of Jahi McMath, the 13-year-old girl declared brain dead at Children’s Hospital Oakland following a tonsillectomy last month, may set a precedent regarding parents’ rights to determine whether or not their children should be kept on life supporting devices -- something bioethicists warn could complicate an already distressing issue.

“There are very significant issues that never been addressed in the Ninth Circuit in California before which is the right of a parent to make health care decisions relating to whether or not a ventilator gets removed from their child,” McMath’s family’s lawyer Christopher Dolan said.

On Sunday, McMath was transferred from the Oakland hospital to an undisclosed long-term care facility following a weeks-long court battle the family spearheaded to keep her on a ventilator, which the hospital sought to remove after declaring that her cardiac arrest and resulting brain death during recovery made her legally deceased under California law.

"Plaintiffs are Christians with firm religious beliefs that as long as the heart is beating, Jahi is alive," Dolan wrote in a court filing.

McMath’s mother, Nailah Winkfield, twice won court injunctions keeping the hospital from disconnecting her daughter from the machine, but a judge refused to require the hospital to fit her with the breathing and feeding tubes necessary to transfer her to a new facility. On Friday, the family and the hospital reached an agreement to have her transferred to new care if Winkfield assumed responsibility for any future complications.

Courts have unanimously agreed that McMath has died, as brain death is one of two legal deaths put forward by the Uniform Determination of Death Act.

Health policy and medical ethics expert Alexander Capron of the University of Southern California told the Los Angeles Times that allowing Winkfield to take her daughter’s body and forgo an autopsy was “strange,” noting that McMath’s case differs from similar legal disputes because she is brain dead, not in a persistent vegetative state as was Terri Schiavo, a woman whose brain damage sparked a heated legal battle in the 1990s.

“This hasn't helped at all," he said, noting that the case is nothing novel but because of its media attention may prompt other families to “ultimately say, 'I'd like to take this body home and wait for a miracle.' That would be a public policy of disrespect for dead bodies." 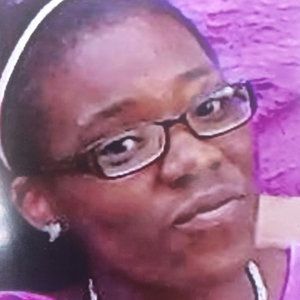