Looking for work in order to be paid: in civilized countries today almost all men are at one in doing that. For all of them work is a means and not an end in itself. Hence they are not very refined in their choice of work, if only it pays well. But there are, if only rarely, men who would rather perish than work without any pleasure in their work. They are choosy, hard to satisfy, and do not care for ample rewards, if the work itself is not the reward of rewards. ~ Nietzsche 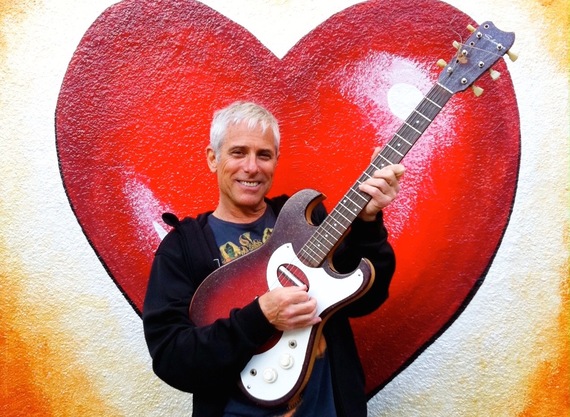 I am inspired by people who fly without a net, who would rather perish than compromise their integrity and devotion, who do not cease from exploration, who do not have a Plan B.

I am almost 49 years-old and most of my friends are fellow psychotherapists and yoga/meditation teachers who are on second careers like me. Practically everyone I know failed out of the entertainment business. Some accomplished this feat quite young after a soap opera or two, while others took longer to realize that all facets of entertainment are similar to what Hunter Thompson said of music: "The music business is a cruel and shallow money trench, a long plastic hallway where thieves and pimps run free, and good men die like dogs...There's also a negative side."

My point is that the healing arts are seldom Plan A: I mean, have you ever heard an eight year-old child say, "When I grow up, I want to be a Life Coach!"?

There is no such creature as an Unwounded Healer. Not at least one that I would trust.

The first time I ever saw Grammy-nominated, sacred world music pioneer Jai Uttal in concert I knew that he did not have a Plan B. I knew that singing and playing devotional music was his one and only plan. As he told me last week, "Singing kirtan was the only way I was going to survive."

Growing up in New York City, Jai discovered Indian music at an early age and at 19 moved to northern California to study with Ali Akbar Khan. In 1971 Jai went to India for the first time to see a guru but upon arriving in Delhi his plans fell apart. He heard that Ram Dass was giving classes at a nearby hotel but by the time he arrived found out that Ram Dass had left for Vrindavan which is three hours away by train. Not having any agenda, Jai went to Vrindavan and found Ram Dass at Neem Karoli Baba's ashram. Jai had been singing kirtan since his early teens but his devotion deepened when he met Neem Karoli Baba (known to his followers as Maharajji), who then became Jai's Guru.

Listening to Jai's 25 years of recordings, the most interesting thing to note is his evolution as a musician and the explorations he has made with his long-term producer Ben Leinbach. On many tracks there are hints of The Beatles, The Grateful Dead, Frank Zappa, Bob Marley, Bob Dylan, Madness, Weather Report, The English Beat, and Fishbone. The lyrics are most often hindu devotional chants but the underlying music is so sophisticated and compelling that overall result is truly pan-cultural and I daresay omni-cultural; thus, Jai is renowned as one of the pioneers of what we now refer to as "World Music."

For "Shiva Station," "Beggars and Saints," "Monkey" and "Mondo Rama" Jai assembled the Pagan Love Orchestra which included horns and strings in addition to traditional Indian instruments. Jai writes, "Mondo Rama takes the seeds of what I've been doing with Indian and World Music and spreads them in various directions: dance music, sampling, turntablism, Appalachian, Brazilian, blues, and Middle Eastern.... While the rhythms and melodies are consistently organic, the textures are tripped out and electronic".

"Thunder Love" has more Brazilian influence while "Queen of Hearts" is an intense blend of ska, reggae and samba rhythms used as a backdrop for call and response, dance oriented kirtan.

If you are unfamiliar with the work of Jai Uttal I recommend starting with "Lifeline" which was released last year and traces Jai's collaborations with producer Ben Leinbach.

And if you love kirtan and want to learn how to play and sing it then I recommend Jai's upcoming kirtan camps. Jai has shared his musical knowledges and gifts with thousands of students including my friend and colleague Daniel Stewart who has attended five of Jai's kirtan camps and said, "I owe my evolution as a kirtan artist to Jai. He is an extraordinary musician devoted to the expression of the sacred in his music. He redeems our shared human experience each time he invites us to sing."

So if you enjoy listening to someone sing as if his life depended on it, check out some of Jai's music. For me, Jai playing "Rama Chandra" with the Mayapuris is the "Stairway to Heaven" of kirtan so that would be the best place to start although Jai told me he was particularly proud of his track "Down On My Knees"