A critically ill young woman in El Salvador may have to decide between jail and a life-saving abortion, according to a new report from Amnesty International.

The 22-year-old woman, identified only as Beatriz, is four-and-a-half months pregnant but could die if she doesn't get an abortion, per the report.

Beatriz has been diagnosed with several illnesses, including lupus and kidney disease, Amnesty wrote, and her baby is missing a large part of its brain and skull and would likely die within hours or days of birth.

Abortion in El Salvador is a black-and-white issue. According to the Pew Forum on Religion and Public Life, abortion in all cases is illegal in the Latin American nation -- even when it could save the life of the mother.

In 2006, The New York Times noted that in the "movement toward criminalization, El Salvador is in the vanguard." The Times continued thus:

El Salvador ... has not only a total ban on abortion but also an active law-enforcement apparatus — the police, investigators, medical spies, forensic vagina inspectors and a special division of the prosecutor's office responsible for Crimes Against Minors and Women, a unit charged with capturing, trying and incarcerating an unusual kind of criminal.

Salon reports that Beatriz's hospital petitioned El Salvador's Supreme Court a month ago but is still awaiting a ruling on the matter.

“Beatriz’s situation is desperate and must not wait any longer. Her very chances of survival depend on a decision from the authorities,” Esther Major, Amnesty International’s researcher on Central America, said in a statement. “The delay is nothing short of cruel and inhuman."

Between 1997 and 2008, 17 countries broadened their grounds for when a woman can get an abortion, according to a recent report published by the Guttmacher Institute and the World Health Organization. By contrast, El Salvador, Nicaragua and Poland made their laws more restrictive.

A woman died in October after being denied an emergency abortion in Ireland. In April, an Irish jury found doctors at the University Hospital Galway failed to adequately care for Savita Halappanavar, according to the Associated Press. The case has shed light on the confusing and contradictory abortion laws in predominantly Roman Catholic Ireland, according to the Times.

Woman Could Go To Jail For Life-Saving, Illegal Abortion In El Salvador: Report
Photos Of The Week 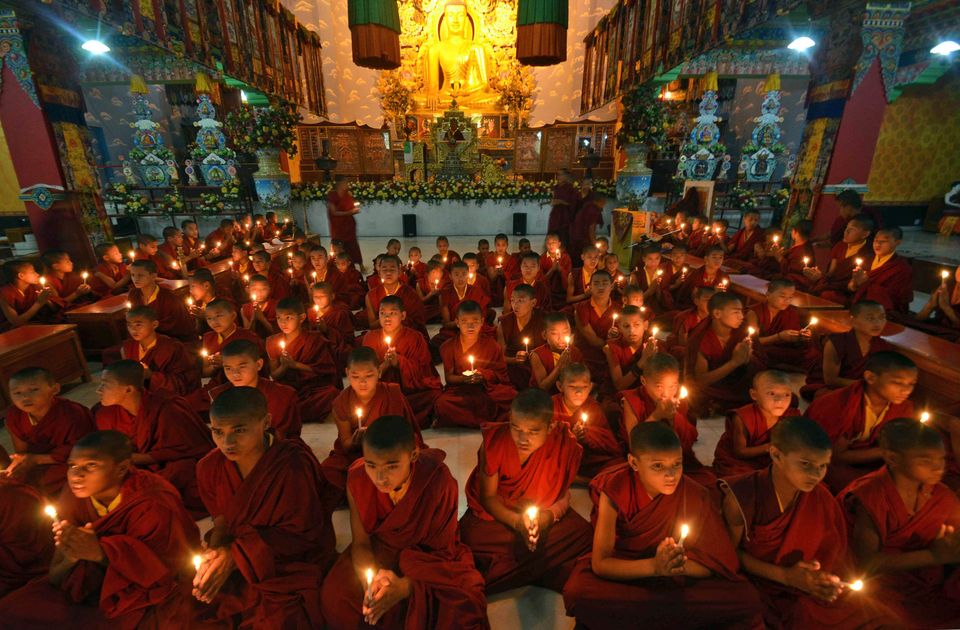 1 / 10
Young Buddhist monks pray for the speedy recovery of a 5-year-old girl who was raped and tortured in Delhi, in Bodhgaya, India, Saturday, April 20, 2013. Officials say the child is in serious condition after being raped and tortured by a man who held her in a locked room in India's capital for two days. Police say the girl went missing Monday and was found Wednesday by neighbors who heard her crying in a room in the same New Delhi building where she lives with her parents. (AP Photo/Manish Bhandari)
AP