Over the weekend, hacker Ryan Petrich tweeted he was able to get the iOS 5.1 version of Google Maps running on the recently released iOS 6, Apple Insider notes.

However, Petrich, who demonstrated the solution in a YouTube video, admitted the workaround was "still crashy" and had only been successful on an updated iPhone 3GS (not the iPhone 5 just yet).

According to The Next Web, the hacker also confirmed that a jailbreak is required to make the Google Maps app functional in iOS 6.

Petrich has yet to disclose the details of his solution to the public but appeared to hint that he would publish the information if and when he gets it working properly.

The Next Web notes:

Given that the iPhone 5 has already fallen to hackers, it would not surprise me if this port is released on the Cydia Store for jailbroken devices in the near future. If Apple Maps doesn’t get its act together soon, Cupertino will have created a very good reason for Apple users to jailbreak their devices.

For those confused by all this hubbub over the maps application, here's a quick update:

The Google Maps app is not available on the iPhone 5 or any device running iOS 6 -- and the Apple Maps app which has replaced it is said to be less than optimal.

Since Apple's iOS 6 software was released last week, users around the world have "complained about the inconsistencies and errors with Apple Maps, which has mislabeled major cities, erased entire towns, shows airports where there are none, and doesn't provide transit directions," according to an earlier report by The Huffington Post.

Apple is reportedly aggressively recruiting ex-Google Maps staff to flesh out its new maps application, but hackers like Petrich are attempting to fill the void in the meantime.

On a related note, a jailbreak for iOS 6 was released a few days ago, but it doesn't work on new devices. At the moment, it is said to only work for older A4-powered devices, such as the iPhone 4 and the iPod touch 4th-generation.

Over the weekend, well-known iOS hacker Grant Paul (also known as "chpwn") claimed to have jailbroken the iPhone 5. However, he has yet to publish the code so it is unclear as to whether or not the jailbreak really works.

Achieved through the use of hardware and/or software exploits, jailbreak allows users to download additional applications, extensions and themes that would otherwise be unavailable through the Apple App store, as in the case of Petrich and the Google Maps app workaround. It’s a process that Apple has attempted to put a stop to in the past, but has "so far failed to combat successfully," t3.com notes. Jailbreak sometimes also allows users to download pirated material.

The iOS 6 is not without its perks, however. Click through this slideshow to see the seven awesome features developers have found so far in the iOS 6 beta you may not know about:

PHOTO GALLERY
Awesome iOS 6 Features You May Not Know About

Clarification: This post has been updated for clarity. Jailbreak allows users to put both paid and free apps from sources other than Apple's app store on iOS devices. 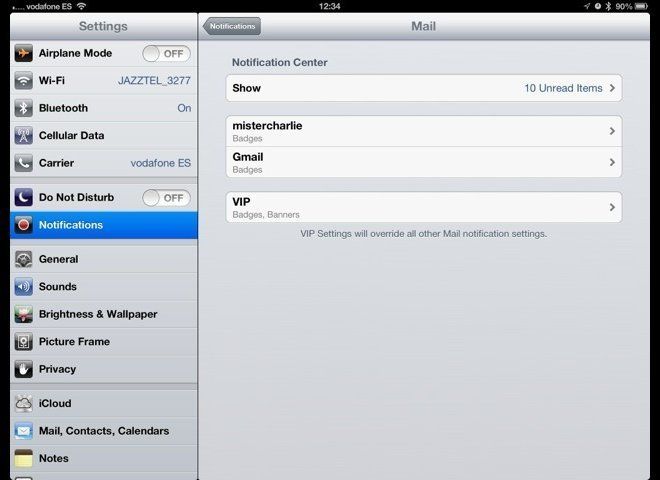 1 / 7
VIP Email
Critical emails will no longer get lost in your inbox. With iOS 6's new email feature, users can <a href="http://www.cultofmac.com/173119/ios-6-adds-per-person-email-alerts/" target="_hplink">elect certain people as VIPs</a>, so they will only receive notifications when messages arrive from those important few.
Cult of Mac