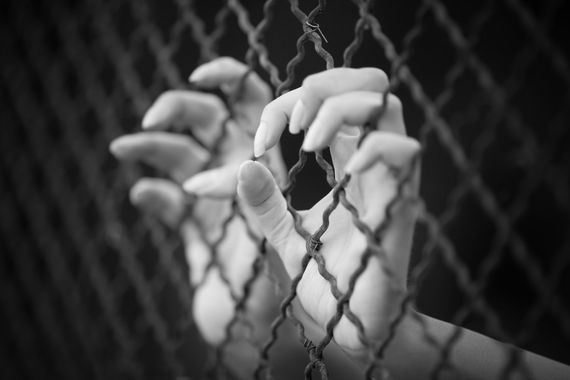 In February, Senator Grassley (R-Iowa) and Senator Whitehouse (D-Rhode Island) called upon the Senate to pass important juvenile justice reform by reauthorizing the Juvenile Justice and Delinquency Prevention Act (JJDPA). The JJDPA is the only piece of federal legislation that governs juvenile justice across the country, and provides critical funding and guidance for states.

The JJDPA hasn't been reauthorized in over ten years, despite the fact that this past decade has seen groundbreaking research on the most effective evidence-based methods to keep children out of the juvenile justice system, in school, and on a path towards rehabilitation. The bill has overwhelming bi-partisan support because it is based on what we as advocates, juvenile court judges, law enforcement, researchers, service providers, and educators have learned about how to keep families together, and children and communities safe.

The JJDPA faces opposition from only one Senator--Tom Cotton of Arkansas. Mr. Cotton's concern lies in the bill's elimination of the Valid Court Order (VCO) exception, a widely criticized provision that allows for children who commit status offenses to be incarcerated in juvenile facilities. It is difficult to understand why Senator Cotton would be in favor of a policy that those of us who work with children and families every day, and whose role it is to protect the public, ensure justice for victims, and rehabilitate children, so vehemently oppose.

Status offenders are youth who commit offenses that would not be crimes if they were adults--in other words, they commit acts that only kids can be punished for. The most common are truancy and running away. They are non-violent behaviors that pose no threat to public safety. Because these children pose no threat to public safety, the presumption is that they should not be committed. It makes little sense to incarcerate these children, who have committed no real crime, and place them in facilities alongside youth accused of more serious offenses.

More often than not, status offenders are our most vulnerable youth. They are girls running away from physical and sexual abuse in foster care, or forced to miss school because a trafficker is causing them to 'work', or children whose families do not have the financial resources to hire childcare and who are asked to stay home from school to look after younger siblings. Girls are over-represented among youth detained for status offenses--they are 16 percent of the overall detained population, but almost 40 percent of youth detained for status offenses, most often, for running away.

Research tells us that incarcerating status offenders is not only costly but also ineffective. Detaining a truant child increases the likelihood that a child will be further disconnected from school and the community, and more likely to become involved in more serious, risky behavior.

Recognizing these facts, in Georgia, Judge Steven Teske led the effort to reduce the use of detention for status offenders and implement community-based supports that focused on the circumstances in the child's life that were the root cause of the behavior. Consequently, he reduced his state's daily detention population by 86 percent, school-based arrests by 91 percent, and juvenile commitments by 72 percent.

In New Mexico, Judge John Romero, Jr., who presides over a gender-specific girls court, reflected that detaining girls for status offenses "traumatizes, demeans, and affirms a young person's belief that they are destined for the trash heap."

In Texas, Judge Darlene Byrne presides in juvenile court where children are in foster care while involved in the juvenile justice system. She is constantly reminding herself "juvenile justice youth are victims of abuse and neglect and the thought of locking them up for safety seeking behavior does much more harm than good, and should be stopped now."

It was this type of judicial insight that prompted the National Council of Juvenile and Family Court Judges to issue a resolution in 2010 calling for the elimination of the VCO exception. As Judge Teske and others make clear, the VCO exception has little to do with judicial discretion--it is simply an outdated policy that is "more harmful than helpful."

Despite these facts, Senator Cotton's home state of Arkansas continues to detain status offenders--some as young as eight and nine-years-old. As a matter of fact, 50 percent of the youth incarcerated in Arkansas are there for status offenses. And shockingly, almost 90 percent of all youth in detention in Arkansas have been arrested for nonviolent offenses--most for a single, misdemeanor offense. The cost of incarcerating these children in secure facilities in Arkansas is roughly $70,000 per year per child. Clearly this is not a cost-effective solution to running away or skipping school.

But beyond effectiveness and cost, the reason to eliminate the VCO exception is a moral one. The truth is that detention is not safe for children. And subjecting status offenders, who are often traumatized and abused children to confinement is a particularly cruel fate. This is especially true in Arkansas.

Arkansas' state juvenile justice practices are so out of step with the rest of the country that both the Bush Administration and the Obama Administration have launched official investigations into their state juvenile justice practices. In fact, a series of federal and state investigations over the years have revealed that youth in the state's juvenile facilities were "routinely degraded; verbally, physically and sexually abused; hogtied; forced to sleep outside in freezing weather." Facilities were reported to have "locked children naked in cells overnight after turning the air conditioning on high" and that staff in one facility "were drugging youths to control unruly behavior -- in many cases without doctors' orders, in violation of facility policy and against the children's wills."

To detain young children for innocuous, nonviolent behaviors and risk the harms that come with secure confinement is completely unjustified. Incarcerating vulnerable and often traumatized children reinforces the message that they receive from their abusers-- that they are responsible for their own victimization; that no one will believe them if they seek help or try to escape; and that they simply do not matter.

We must remember that the ultimate goal of the juvenile justice system is not to punish, but to rehabilitate. Today, armed with the latest data of what is proven to improve outcomes for our children, we can, and ought, to do better. It is what we owe to our children in Arkansas and to those all across the country.