After returning to King’s Landing from Winterfell to be with Cersei, with whom he had an incestuous romantic relationship, Jaime died when Mad Queen Daenerys Targaryen stormed, and scorched, the city. Although he tried to protect his sister, his queen, pregnant Cersei died in Jaime’s arms as the Red Keep collapsed on top of them.

A tragic ending for a tragic couple.

Jaime was born and raised at Casterly Rock with Cersei and a younger brother, Tyrion. At the age of 15, he became a member of King Aerys II Targaryen’s Kingsguard, making him the youngest knight ever to be raised to the order. (Some saw this honor as a slight from the Mad King Aerys, as it technically robbed Tywin of his heir; members of the Kingsguard are forbidden to marry, father children or hold land.)

Jaime’s reputation somewhat diminished after he killed Aerys during the Sack of King’s Landing. As Tywin and his Lannister army invaded the city during Robert’s Rebellion, Aerys went full villain. The king ordered Jaime to kill his “traitor” father and demanded his pyromancer burn King’s Landing, with all its inhabitants, to the ground. Jaime couldn’t let that happen, so he drove his sword into Aerys’ back and slit his throat before the king could, in his words, “burn them all” with wildfire. The knight was pardoned by Robert Baratheon, who became lord of the seven kingdoms and protector of the realm.

Thereafter, Jaime was known as the “Kingslayer.”

Although he never married, Jaime did maintain a secret romance with Cersei, who claimed publicly that their children ― Joffrey, Myrcella and Tommen ― were those of King Robert. Sadly, none of the three ever reached adulthood. Joffrey died at his own wedding to Margaery Tyrell, Myrcella was poisoned by Ellaria Sand in Dorne, and Tommen took his own life following his mother’s callous decision to blow up the Sept of Baelor in King’s Landing. Cersei, who was crowned queen after Tommen’s death, was expecting her fourth child with Jaime at the time of their deaths.

Before his end, Jaime was able to reunite with his friend Brienne of Tarth, with whom he shared a brief romance following the Great War in Winterfell. The pair previously went on a transformative journey together through Westeros when Lady Catelyn Stark made Brienne her personal knight of sorts and ordered her to escort Jaime back to King’s Landing in exchange for her daughters, Sansa and Arya. On this trip to the capital, Jaime lost his right hand defending Brienne from a group of assaulters. The loss changed him forever, as he could no longer identify as the fierce knight he was previously known to be.

“I was that hand,” he reportedly told Brienne at the time.

From then on out, Jaime wore a prosthetic golden hand Cersei had made for him. And although he remained in a loving relationship with his sister for years, he eventually decided to leave her to join his brother Tyrion in the North to defend Westeros against the army of the dead. There, he stuck with Brienne, even bestowing a knighthood upon her in a touching ceremony on the eve of battle.

But, despite hope that he would stay in Winterfell with his new love, Jaime left Brienne to be with Cersei in King’s Landing, and protect his queen from Dany’s destruction.

It turned out to be a very bad idea and ruined his chance at any kind of redemption.

Jaime is survived by Tyrion. May he rest in Cersei’s cold, dead arms.

Editor’s note: If it wasn’t already apparent, this is a slightly tongue-in-cheek farewell to a fictional character on a swords-and-dragons show. 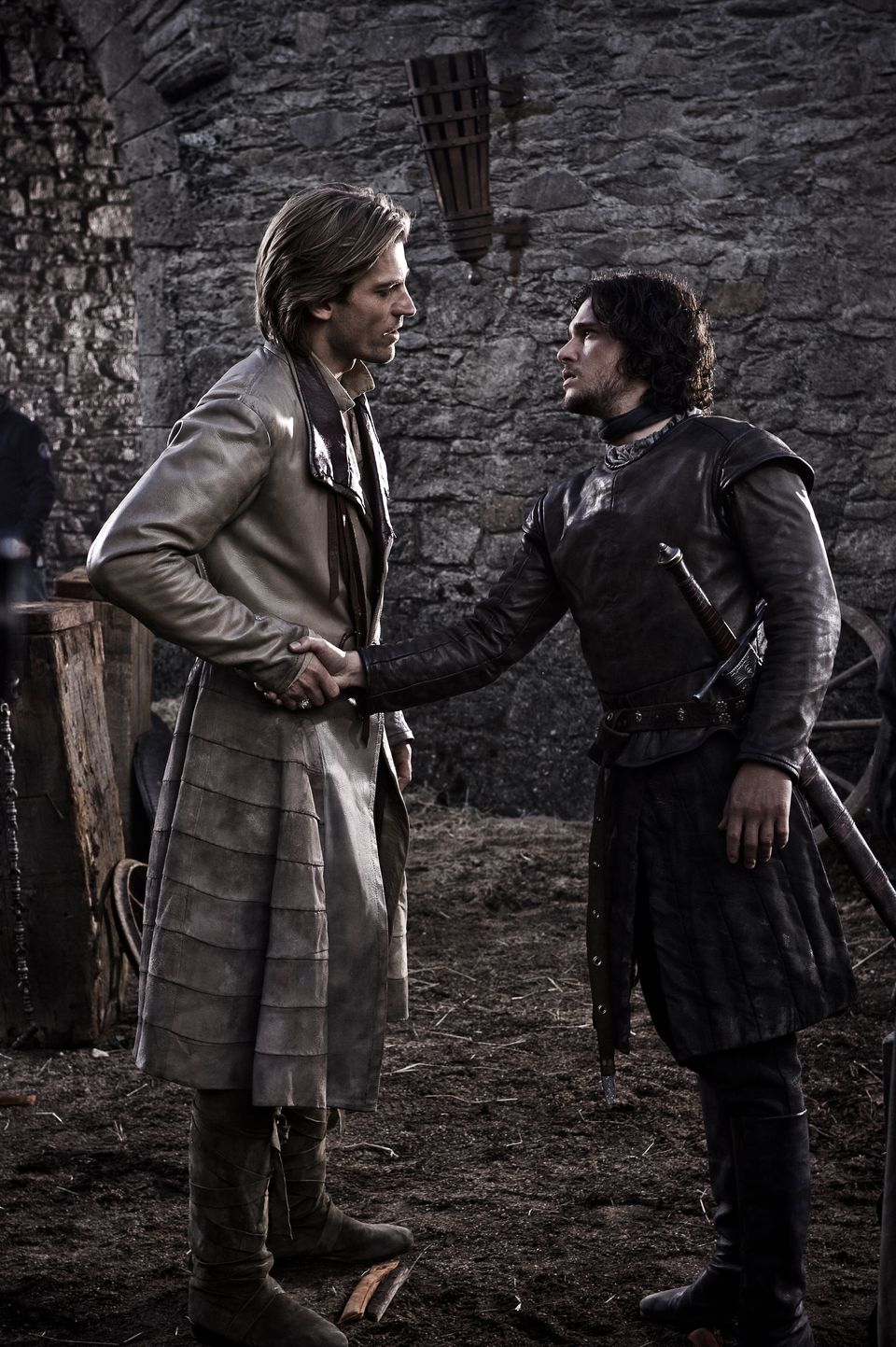