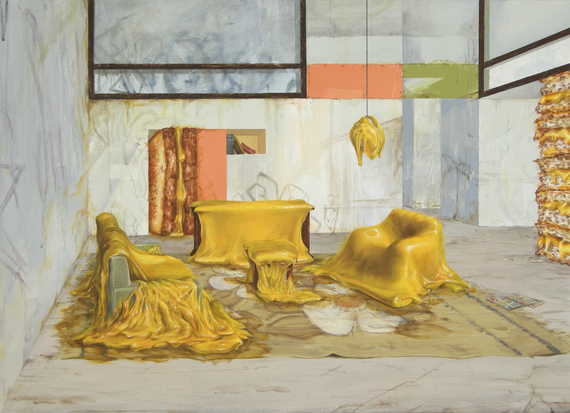 Love, hate, pleasure, fascination. A healthy skepticism elicited by confrontations with fashion, consumption, obsession, and aspirational lifestyle propaganda. A crush on the visual appeal of awkward architectural space, self-conscious design, counterintuitive color combinations, and uncomfortable objects. The inescapable desire to own and eat stuff we know we do not need. A gallows humor in depicting attractive carcinogens. These are the shared conceptual territories explored in the stylistically disparate practices of painter Sandra Low and painter/sculptor Jaime Scholnick -- showing together for the first time at the Rio Hondo College Art Gallery in Cultural Gumbo. 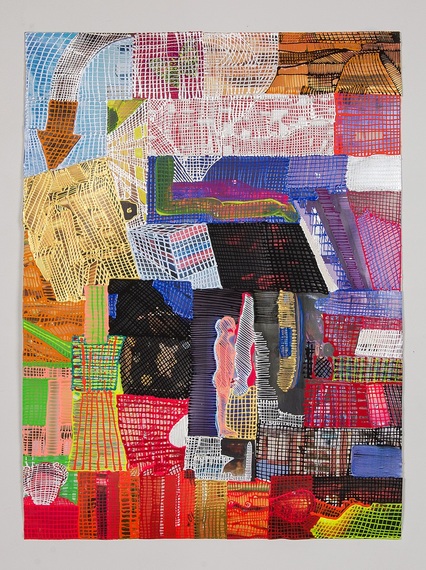 Sandra Low's Classy Living and Melty Cheese paintings each exemplify her suspicion of the shiny dreams Americans are sold on at every turn. Taking the form of modernist architecture besmirched by mass produced comfort foods (the former) or else various items and interiors draped in melted processed cheese (the latter), in both series she definitely plays with her food. In Classy Living, that means lasagna, PB&J, cherry pie, fried chicken, twinkies, mac and cheese, and so on -- all mass-processed and artificial everything. American food in the 1950's was greasy, toxic, and synthetic in a specific way that was marketed as progress -- in the same way the impractical antiseptic architecture of modernism was meant to frame the future. Low crafts allegories for that misguided commercial zeitgeist in which the severely angular homes are compromised by decay, graffiti, and messy foods which Low understands as avatars of humanity, wallowing in life's "blobby mess" despite our best efforts at imposing order. 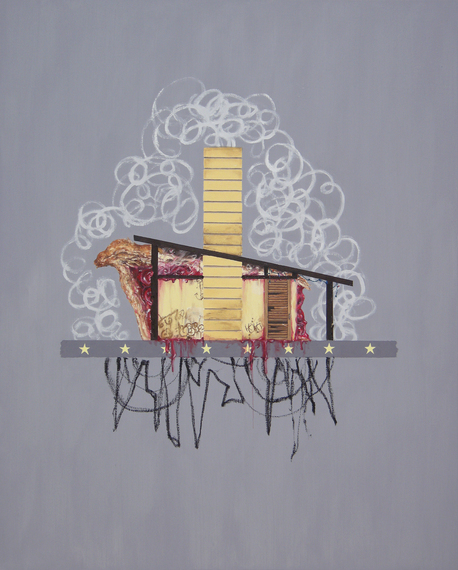 "Architecture and design magazines make me angry," Low says. "That whole mid-century, functional-art, aspirational, clean and logical thing. Those structures aren't rational, they don't hold up against the messiness of life. In real life, nothing matches." Cheese however (well, the cheese that comes in an aerosol can) goes with everything. In Low's world it exists as a drippy, elastic medium, with a sexy sheen to it the source of which it is best not to contemplate too deeply. The melted cheese resembles a rich textile that recalls art-historical fabrics. In preparation for creating her dairy-draped figures of the Madonna and Buddha, or covering the furniture in the closed wing of a manor house, Low makes maquettes or models, and has become quite an expert in the various properties of artificial cheese products when exposed to high temperatures. 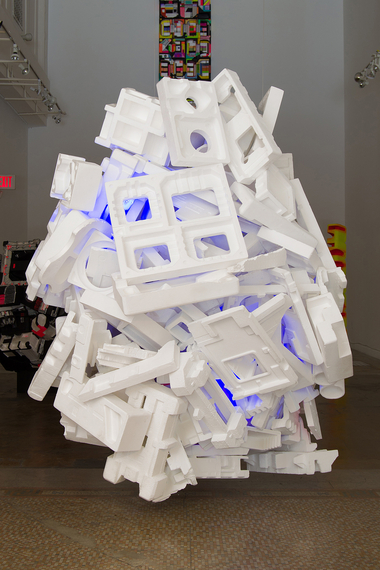 Jaime Scholnick's abstract paintings and repurposed polystyrene sculptural objects and installations exude many resonant suspicions about modernism, post-modernism and the origins of our society's terminal case of consumeritis. In Scholnick's work, this skepticism is expressed in a predominantly abstract, non-figurative, pattern-based language employed as an oppositional impulse toward the sacred, ritualistic, and subtly political. She desires to overcome the wastefulness with the deployment of a more optimistic kind of beauty. Her patient, elaborate, complex, fractal, brightly colored and/or intensely graphical patterns and textures as applied to a typically discarded material (styrofoam packing forms) do not operate in a narrative mode -- but rather in the materially transformational. While not didactic in her message, Scholnick is absolutely cognizant of the intrinsic qualities and the meanings carried in her chosen material. 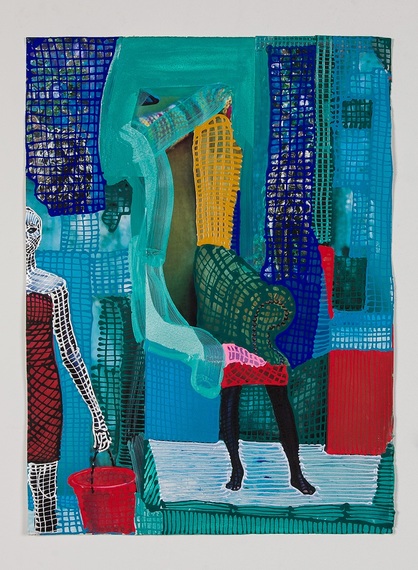 In Scholnick's paintings the dense, intensive patterning migrates off the polystyrene and back onto the wall, and thus her linear color riots not only decorate but also define pictorial space and elucidate tactility in the surface treatment. This is accomplished with thick pigment often clotted with glitter and arrayed in an overlapping volatility of grids, lacings, crosshatching and etc. Furthermore, these paintings' abstract character has lately begun interacting with borrowed images, frequently culled from fashion magazines and advertisements in the same love/hate/want/loathe game played by Low. Both artists admit to a paradoxical relationship of desire and disgust with popular culture; both use a constrained yet caustic wit to explore humanity's contradictions -- and complicities. 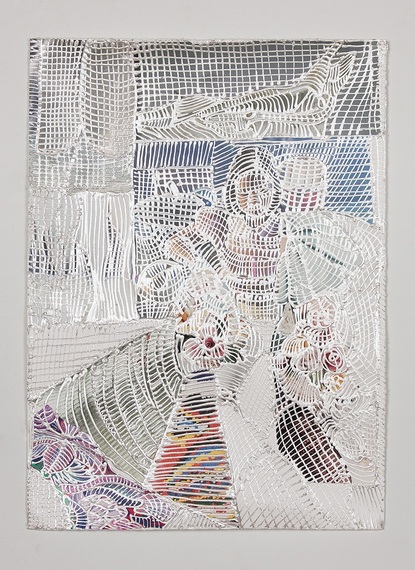 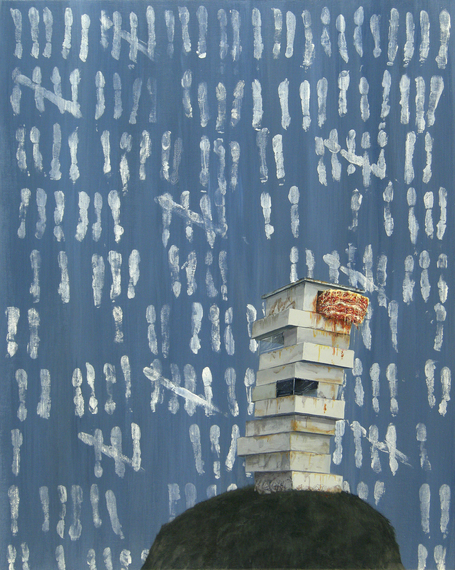 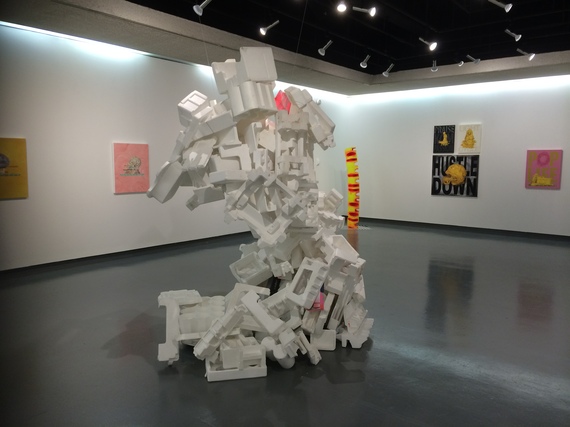