All eyes were on Jaimie Alexander when she arrived on the red carpet for the premiere of "Thor: The Dark World" in a totally sheer dress.

For the Nov. 4 premiere of the latest "Thor" installment, the 29-year-old actress donned a long-sleeved, floor-length black Azzaro gown. Two completely sheer panels running down the front and back made Alexander's dress a serious head-turner.

The frock left nothing to the imagination, exposing her chest, stomach, legs and backside. But Alexander -- who daringly opted to forgo a bra and underwear -- seemed calm, cool and collected as she posed for photographers. 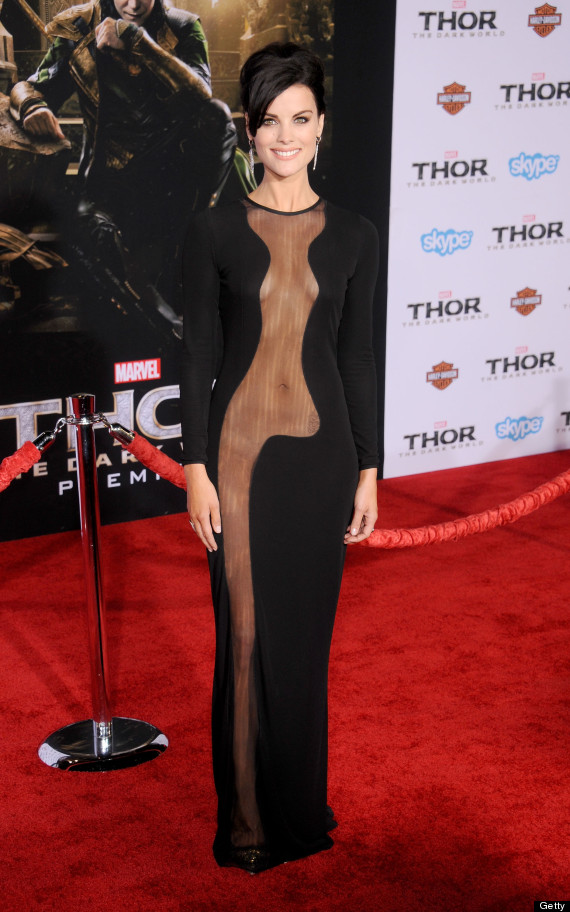 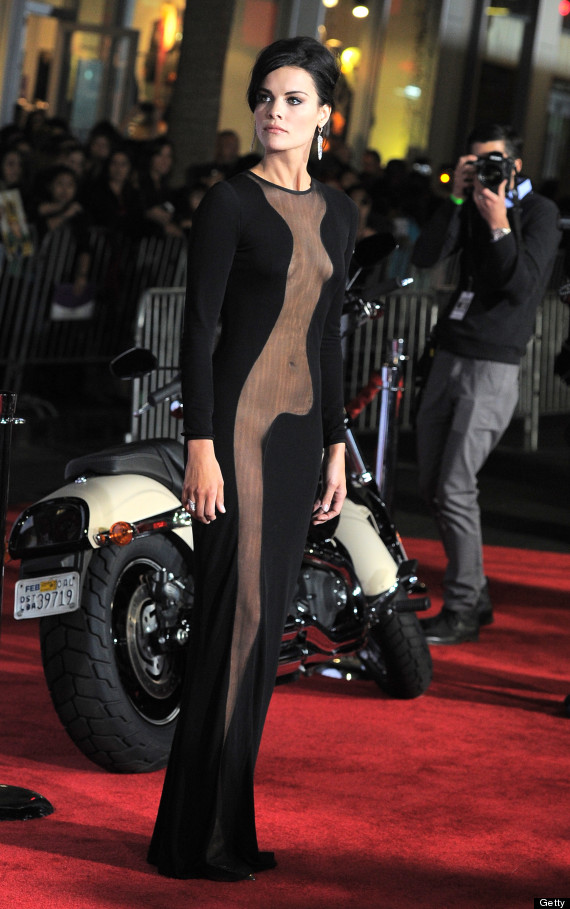 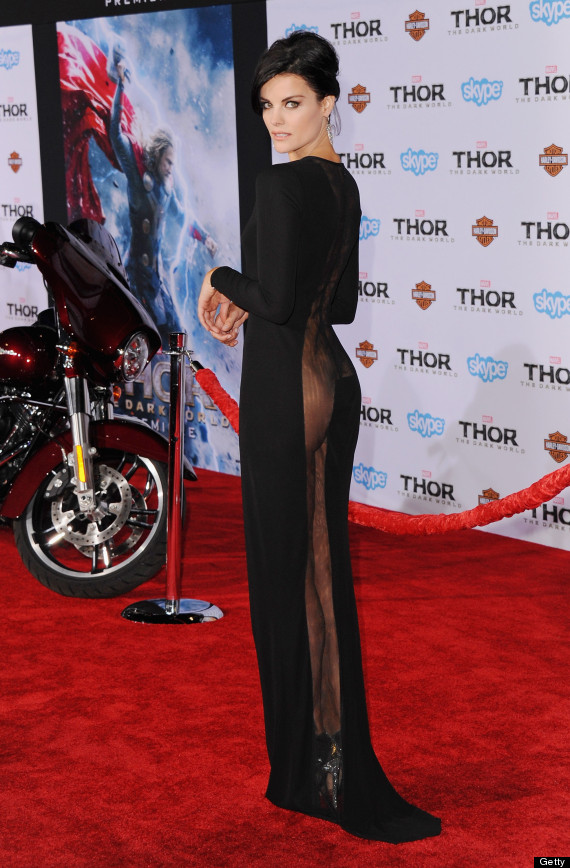 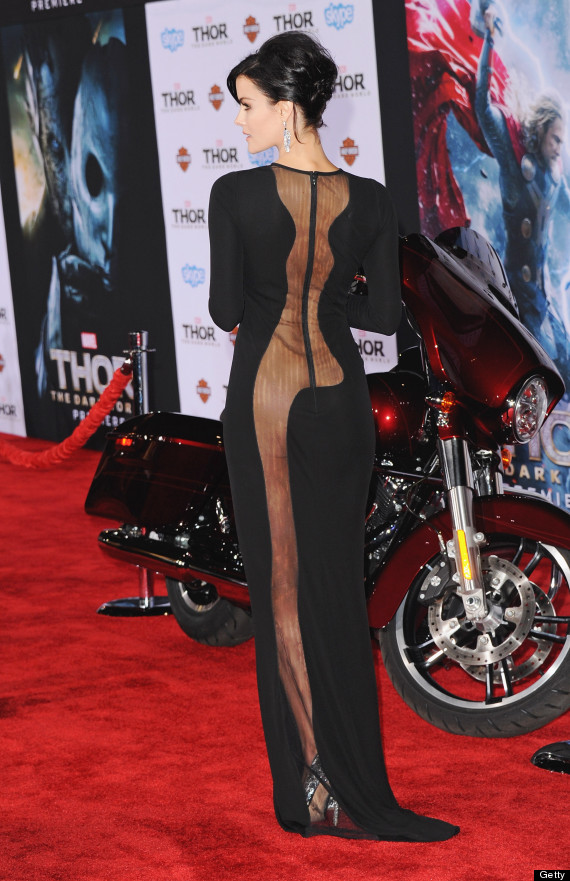