Everyone in America is free to share an opinion. But in Pennsylvania, expressing an opinion cost one fugitive his freedom.

Jacob “Jake” Close, 25, participated in a "Your Opinion" feature in the June 30 edition of the Bloomsburg Press Enterprise, which included his photo as well as his thoughts on whether the Washington Redskins should change its racially charged name.

But police were reading the paper too, and when they spotted Close's photo, they tracked him down and made an arrest:

As you can see in the above image posted on Facebook by media watchdog Jim Romenesko, Close answered, "I think they should keep the same name, but change the mascot to a potato."

(This echoes an opinion shared by People for the Ethical Treatment of Animals, which endorsed the potato mascot last year.)

Close, a student at Bloomsburg University, was wanted by authorities for jumping bail in Ithaca, New York, in a drug/DUI-related case, The Associated Press reports. He's now being held on $25,000 bail pending extradition to New York. 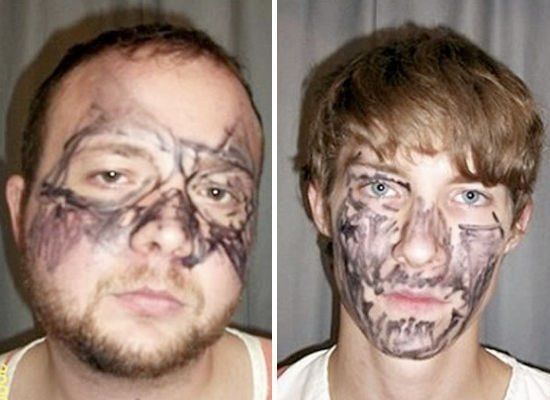 1 / 11
Markedly Bad Disguise
What these two Tennessee <a href="http://www.cnn.com/2009/CRIME/10/29/iowa.marker.disguise/" target="_hplink">would-be robbers</a> taught us by trying to "disguise" themselves by covering their face in black magic marker is that there is never, ever a good reason to apply black anything to a white face.