Jake Gyllenhaal and Anne Hathaway take their clothes off for three new EW covers to promote their new movie, 'Love and Other Drugs,' in which they also go nude.

"I mean, I don't go to the beach in a bikini for a reason," Anne told the magazine. "So I thought, 'Okay, I'm going to be in control. I'm going to do everything properly, disrobe at the last minute, and in between shots get the clothes back on.' But then I found that every time I put my robe back on, it rubbed all the body makeup off, and that added 20 minutes to filming."

Says Jake of the merkin tape they used in the movie, "It supposedly was the same tape that they used on Pirates of the Caribbean to keep everybody's wigs on."

Here's one cover, see the others and read more here. 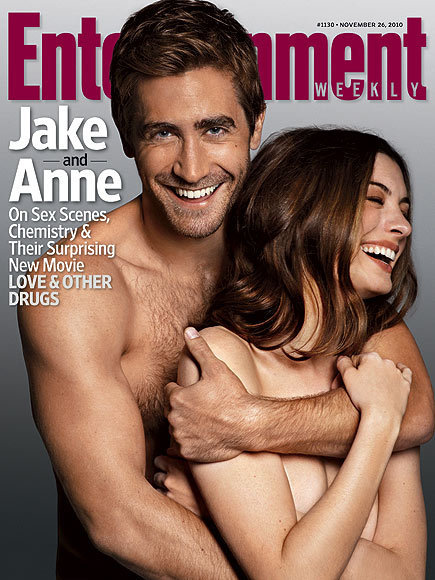