The 33-year-old actor looks unrecognizable in a new still from the upcoming flick "Southpaw," which tells the tale of Junior Middleweight Champion Billy “The Great” Hope as he faces a personal tragedy while fighting his way to the top. Gyllenhaal, who plays Billy in the Antoine Fuqua-directed film, clearly hit the gym for the role, gaining 15 pounds of muscle, according to Deadline, who obtained the image. 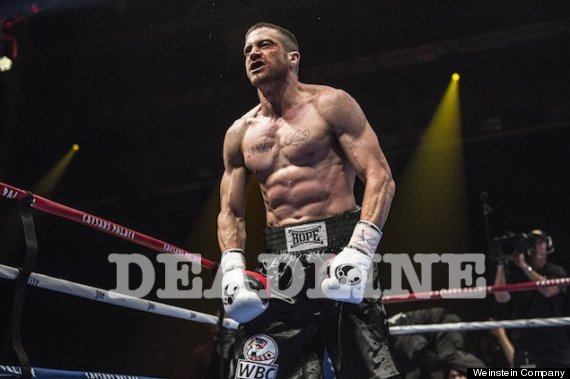 “Jake is going to change how people see him," Fuqua told Deadline of Gyllenhaal's transformation. "I had him training twice a day in the boxing ring, he did two-a-days seven days a week. I pretty much had him with me and my trainer every day. I took him to almost every fight. I had him train at Floyd Mayweather’s gym in Vegas and we watched Floyd’s fights, and the Manny Pacquiao fight. He trained in New York at Church Gym with real fighters. We literally turned him into a beast," he added. "Jake, my God, he’s a very electric, powerful fighter in this movie, and a guy who fights for his daughter. I’m confident that this will change how people see Jake, as a leading man."

Gyllenhaal is receiving a lot of award season buzz for his performance in "Nightcrawler" and it appears next year might be another big one for the actor.

Stars And Their On-Screen Transformations