Haight Ashbury residents were devastated to learn about the passing of Jake the bulldog, their neighborhood's "unofficial mayor," who greeted tourists and passersby every day from his perch outside Bladerunners Hair Studio. He was 11 years old.

Jake had been a favorite among locals for years, but rose to citywide fame last fall after the San Francisco Chronicle's Mike Kepka profiled the pooch as part of his "City Exposed" series. "When Jake assumes his gargoyle-like position outside, he amazes nearly everyone who walks by," Kepka wrote. "Tourists stop to flash cameras and smiles every few seconds. Usual suspects rub the secret spot at the back of his neck. He usually moves only his head or barely protruding tongue."

Jake's master, David Wilson, owns Bladerunners salon, and said in a video profile of his pet that his customers looked forward to his daily presence. "He's my child, basically," Wilson said. "If I don't take him to work, people are asking where he is all day."

The pup even had his own Twitter account, posting pictures lolling around in the sun, playing with other dogs and even wearing costumes.

Across the Internet, fans of the English bulldog mourned his loss. "We'll miss you, Smushface Doggie!" wrote Upper Haight resident Ian Kanig on his Facebook page. "Made my walk down Haight Street better every day." (A certain HuffPost SF editor who happens to live in the same neighborhood couldn't agree more.)

May you rest in peace, Jake. Haight Street will never be the same.

Take a look at images of the animal through the years, courtesy of Bladerunners: 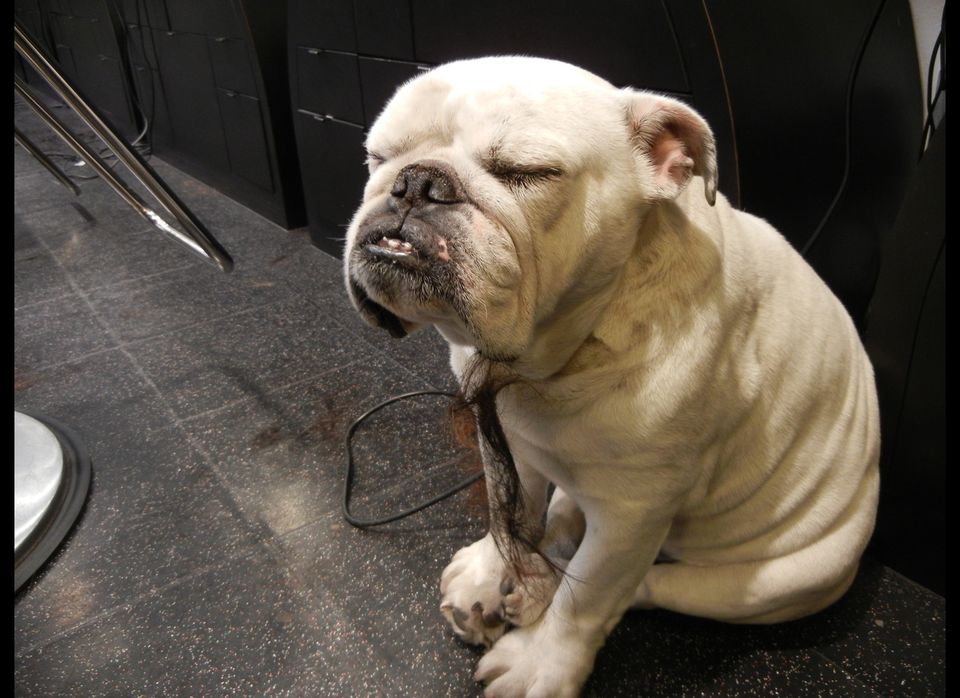