New Orleans is such a special place. For a few years I have wanted to get back there, mostly for an eating/music/culture weekend trip and when I saw the line-up for this year's Jazz Fest, I was fresh out of excuses not to book a flight immediately.

So it went and, in return, what I found was ample opportunity to explore the city for its dining, shopping and cultural treasures as well as a truly unique music festival experience.

In contrast to many festivals that have become a hive of celebrity and status symbol, the energy of Jazz Fest was open and friendly, with minimal attitude and nary a hipster in sight. The crowd was diverse in age and race and the event itself is like a microcosm of New Orleans itself, with so much soulful, local flavor integrated throughout.

As for musical highlights, it was one after the next from acts big and small. Arcade Fire gave their trademark impassioned, focused, charming, raucous performance and half way through the set front man Win Butler remarked, "New Orleans is like the jewel of the world and we need to take care of it", which aptly summed up the dedication and enthusiasm of the artist who played throughout the festival.

Their set concluded with a heart-stopping Cyndi Lauper appearance for an all hands on deck version of "Girls Just Wanna Have Fun" (epic!) and spirited rendition of "The Sprawl," leaving me weak in the knees from the euphoria of a mind-blowing show.

Earlier in the weekend Wilco also gave a great performance, featuring an exceptionally smiley Jeff Tweedy, flamboyant cowbell accompaniments and guitar face-offs from a group I have never seen so energetic and cheerful. The charismatic, local favorite and nationally acclaimed Trombone Shorty played an amped-up funk rock set as he showed off his Michael Jackson inspired dance moves. The Gospel stage offered a weekend of emotional, soulful and joyous choirs under the shade of a large cooling tent. In a rare festival appearance, a stunning Ms. Lauryn Hill showcased her trademark no-nonsense attitude and repertoire of crowd favorites. The Treme Brass band closed their set with a spirited second line parade through the audience as they blew the roof off with HBO's Treme theme song and had many in attendance awarding them best show of the weekend.

Outside the festival there was a lot of ground to cover as well and after consulting with what felt like 3000 different helpful locals pre and mid trip, we came up with some incredible spots for dining and shopping.

The best meal of the weekend was a at Cochon, an establishment near the French Quarter that featured a gourmet food paradise and the perfect blend of trendy, dimly lit, hot-to-trot atmosphere and a vibe laid-back enough to enter with festival feet. (Yesterday, head chef Stephen Stryjewski was also honored with the James Beard award for Best Chef: South!)

Elizabeth's was another divine, dimly-lit, quaint, kitschy dinner/brunch spot, which sent me home with dreams of praline bacon and "ooey gooey" cake, and for breakfast the Cake Cafe & Bakery provided my first goat cheese grits experience, and the freshest of spinach, roasted tomato, shrimp omelets.

Finally, the shopping in New Orleans was also a treat. Oh! Fine Lingerie and Vintage Couture on Chartres street was heaven for vintage designer fashion and dress-up; right nearby, the Crystal Menagerie, a store that sold fine crystal and reinvented itself post Katrina sells a quirky, cute array of hats, jewelry and feather head pieces, not to mention a significant selection of $10 goodies. The jackpot of beautiful and unique quintessestial NoLa boutiques like perch. and Funky Monkey for home decor, jewelry, clothing resides on Magazine and was must for anyone with some serious time to shop.

I left feeling so in love with the city of New Orleans and more activities than I can count left over on my to-do list. It is a Mecca for culture and relaxation and a city where I will undoubtedly return for another Jazz Fest and many times in between. 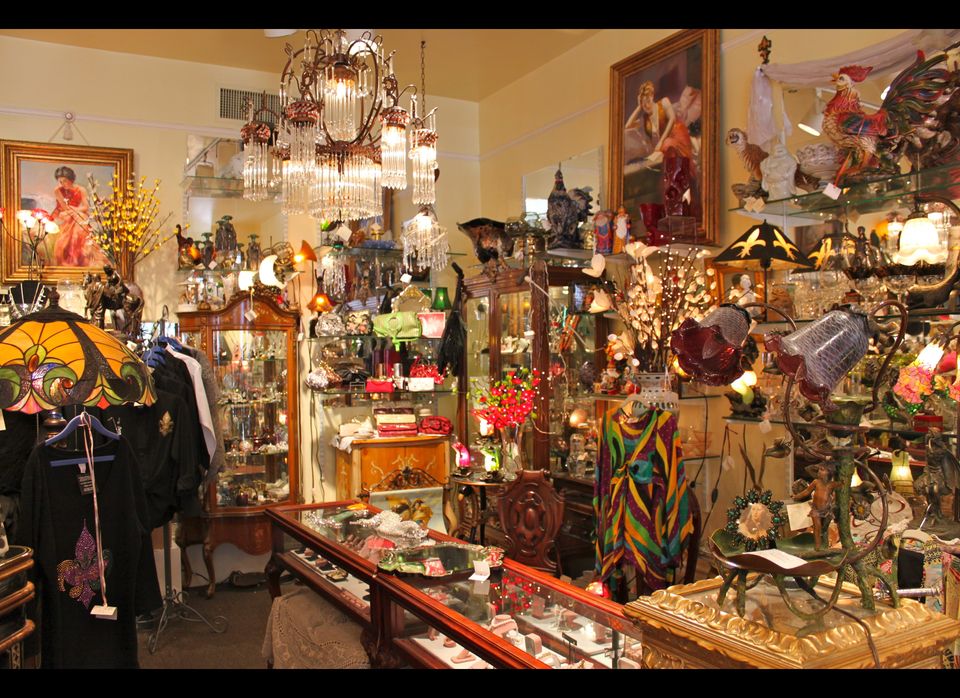