A luxury apartment complex is upping the amenities stakes, if softly.

Here's a building that comes with the perks you've come to expect in a luxury apartment building, like a pet salon (it's called D'Tails -- get it?), a magnificent rooftop pool and an in-house dry cleaning valet service.

This place, in D.C.'s NoMa neighborhood, also has a feature we haven't come across before -- an on-site soundproof jam room: 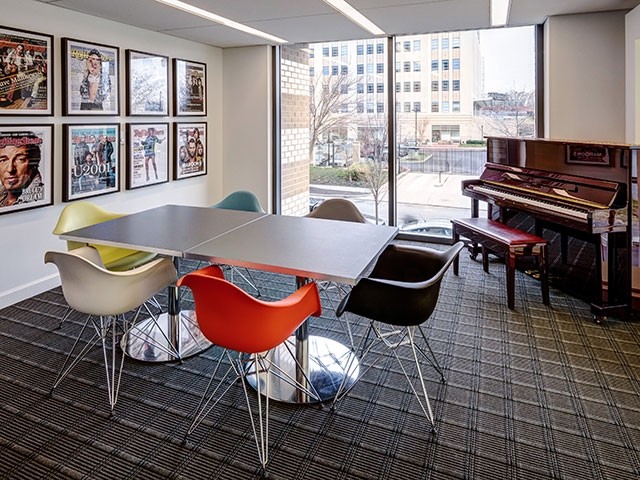 Archstone First and M is described on its website as "very mysterious and sophisticated."

The mystery -- and the sophistication, we suppose -- perhaps involves the folks spending as much as $4,900 per month renting a two-bedroom apartment. Studios start at $1,920.

Who's going to pay these prices, for this perk? Curbed D.C., which brought the jam room to our attention last week, suggested that the building is a good fit for "budding DJs. It may also be a perk for non-DJs, but let's be real, careerist rockers can't afford the $2000/month+ rent and live in group houses with the rest of their bandmates."

A Curbed commenter took the site to task for narrow-mindedness:

You don't know any software developers or lawyers who play guitar? I certainly do. And you know, some of them did live in group houses and play for money in their 20's, but are now in their 30's and 40's and decided to focus on more financially stable careers - but that doesn't mean they don't still enjoy playing music.

Check out the photos -- the jam room may seem a tad corporate, but we're green with envy (ahem) over the gym's "oxygen wall" -- and tell us in the comments if the soundproof jam room would have you shouting from the rooftop pool: