Jamaica didn't win a medal in the bobsled -- but this new theme song is solid gold.

"The Bobsled Song" by Sidney Mills, Jon Notar and Groove Guild was written to match the course at the Sochi Games. If you had it playing during the weekend's two-man bobsled races, the shouts of "to the right" and "to the left" should've matched the turns on the track.

However, if you missed the race, you can always watch the video above, which features 8-bit graphics like an old-school videogame.

The song and video were commissioned by the Jamaica Tourist Board in celebration of the country's only athletes competing at the Winter Games.

The fact that the team even made it to Sochi was a big accomplishment. Jamaica hasn't had a bobsled team at the Winter Olympics since the 2002 games in Salt Lake City.

This year, the Jamaican team didn't even qualify until mid-January, leaving them with almost no time to raise the money needed for the trip to Russia. They turned to a crowd-funding website and quickly got what they needed and then some, but missed a connecting flight due to bad weather. When the athletes finally arrived in Russia, they learned that some of their equipment had been lost in transit.

That cost the duo some valuable practice time, which may be why Jamaica finished in 30th and last place in the first two heats, and in 29th place (behind Serbia) in the third heat. The team didn't qualify for the fourth and final heat.

Jamaica Bobsled Song Will Put You In An Olympics State Of Mind (VIDEO)
PHOTOS: Jamaican Bobsled Team In Sochi 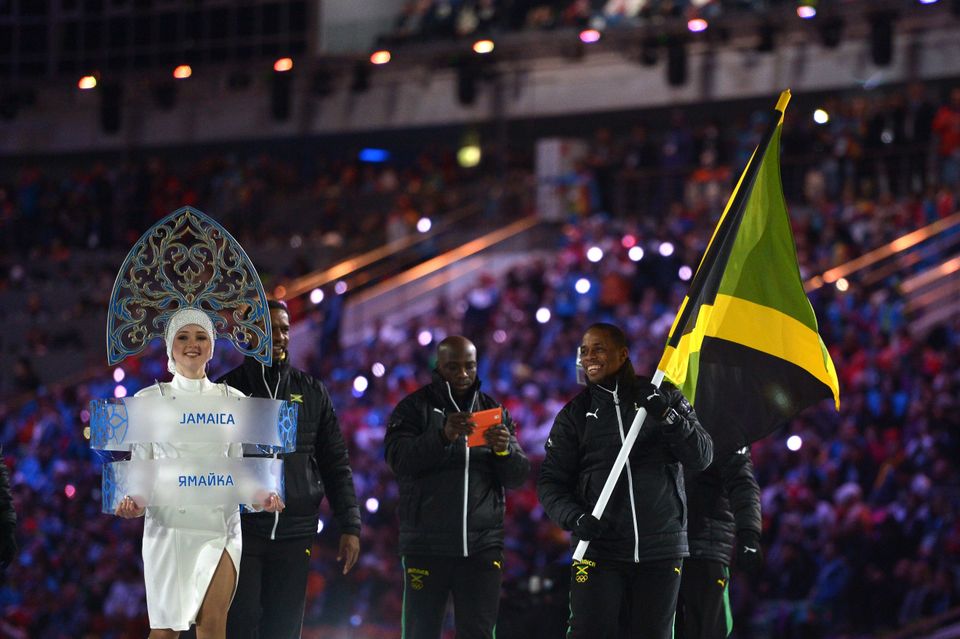