A Florida teen who had been arrested for violating his juvenile probation will be honored as a hero for saving the life of the cop who was booking him in jail.

Foulks falls back while he's doing paper work, struggles on the ground and grabs at his chest. Rutledge springs into action and begins kicking on the security door, alerting other officers. Detective DeAnna Greenlaw told the Sun Sentinel that Rutledge also yelled for help. 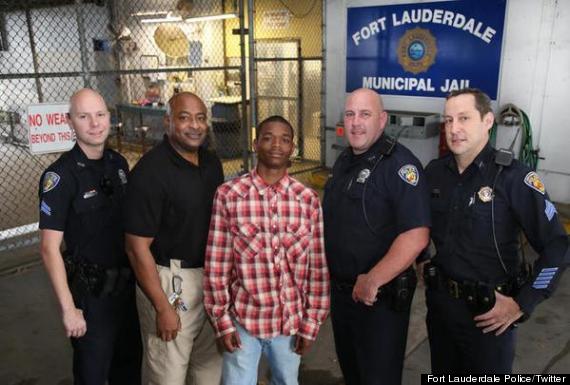 Once rescue crews arrived, Foulks was taken to an area hospital. Medical personnel said that he survived in part due to Rutledge's quick thinking and the officers' prompt response.

Rutledge and the three Fort Lauderdale police officers will be honored at a ceremony Jan. 21, according to CBS News. Foulks has been on light duty since collapsing, but is expected to return to full duty by the end of the month.