With a dark history of pirate-infested waters and assassins attempting to wreak havoc, it's about time these Thai islands had a little peace.

In what looks like one of the most relaxing spots in the world (now), we give you Ko Tapu and Khao Phing Kan, two islands found near Phuket that make up "James Bond Island." Both islands were featured in the 1974 Bond film The Man with the Golden Gun, which is how they earned their mainstream moniker. 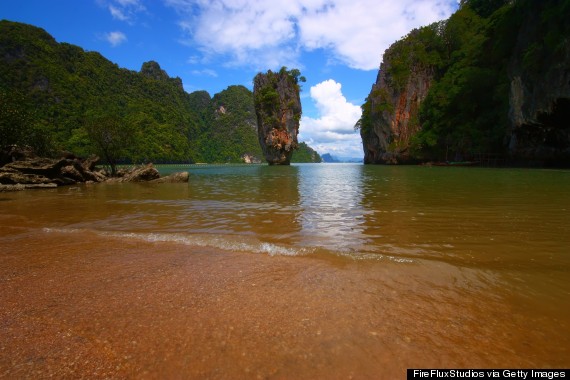 Ko Tapu, the taller island, is only available for viewing by boat, which makes sense as its name translates to "nail" or "spike" island. Khao Phing Kan is much more accessible, save for a few steep shores that lead to beautiful beaches. 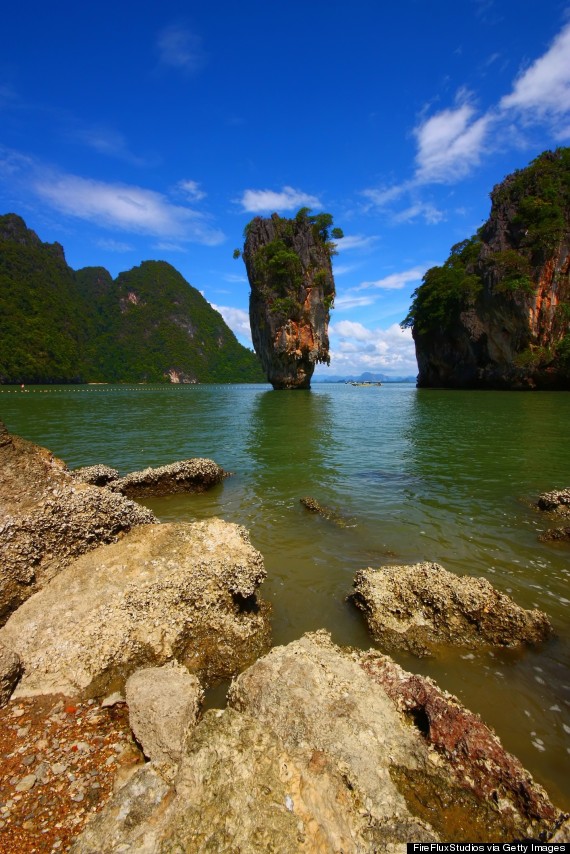 The best way to get to the islands? Take a day trip to meet the "cheeky monkeys" of Wat Suwan Kuha, see a fishing village built on stilts and later explore exquisite sea caves on your way to see "Bond." 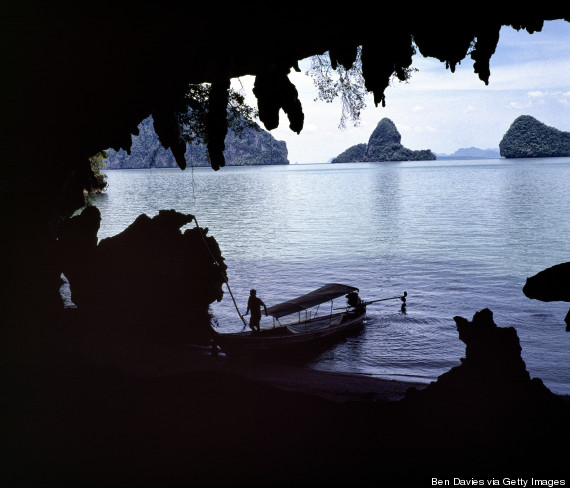 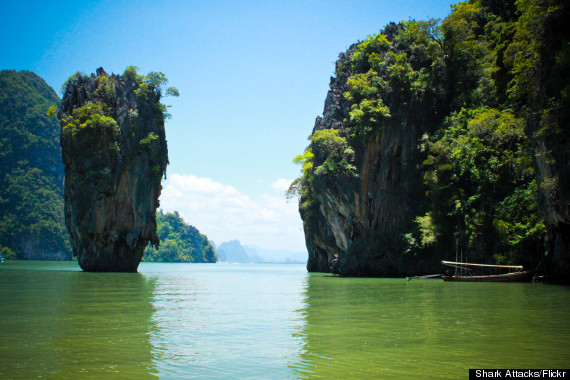 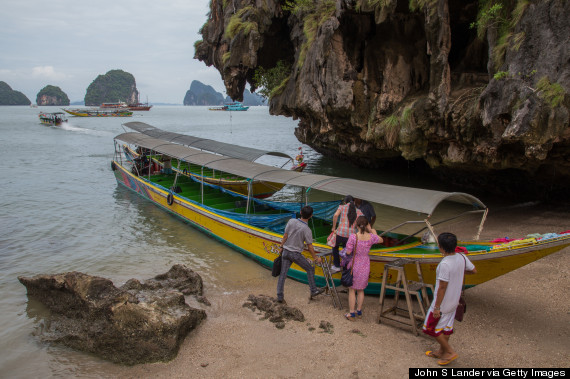 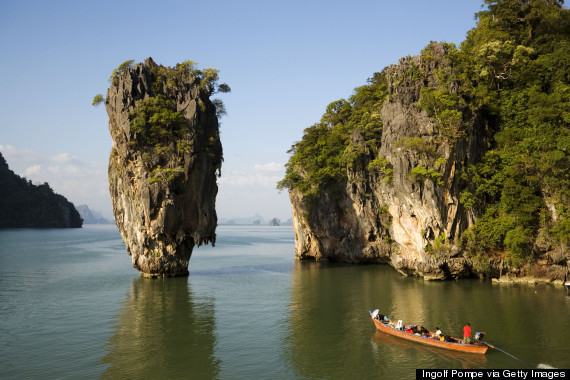 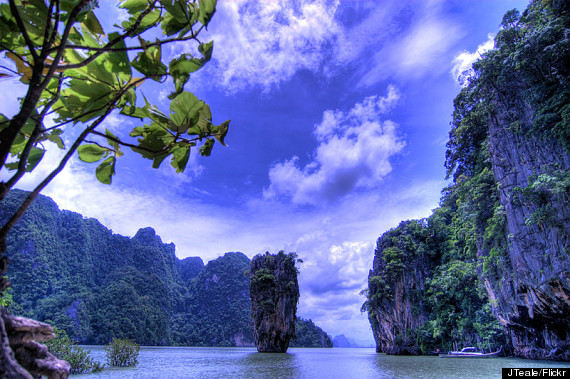 Islands That Could Disappear For Good
More:
travelInternational DestinationsPhuket
Newsletter Sign Up
An essential daily guide to achieving the good life
Subscribe to our lifestyle email.
Successfully Subscribed!
Realness delivered to your inbox