Dallas County sheriff’s Deputy Katrina Caldwell had just completed an unrelated traffic stop early Saturday when she heard that the chase after a suspect who'd opened fire on Dallas police was expected to pass her way.

“I thought, I’m here. I have the sticks,” Caldwell told The Dallas Morning News, referring to her "stop sticks," a strip of metal spikes used to puncture vehicle tires. “I didn’t know if anybody else was going to have the opportunity so I’m going to use it now.”

The footage shows Caldwell toss the "stop stick" into the road like a fishing line. She runs to adjust it and retreats with just a moment to spare before the suspect's armored getaway van speeds across the spikes, puncturing three of its tires. The van is quickly followed by at least 21 police cars in pursuit. 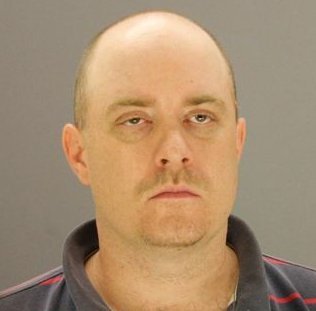 James Boulware is seen in an undated photo.

Caldwell said she'd never used the "stop stick" before. She exclaims "I got him!" when the van crosses the trap.

Boulware's family said that he harbored a grudge against the police. He had a history of violence and believed authorities were responsible for him losing custody of his son.

Boulware was shot and killed by authorities in a parking lot following the chase.