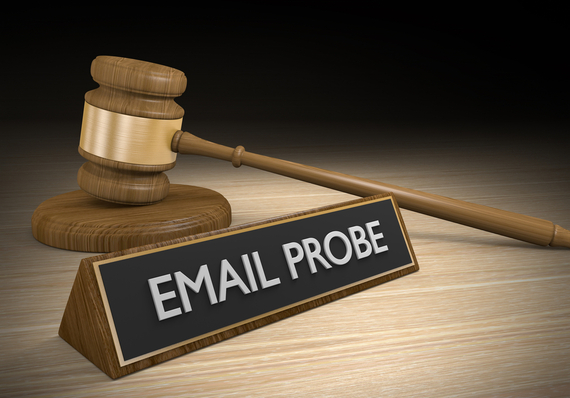 Amidst the controversy about James Comey's most recent breach of FBI protocol, we've lost sight of the fact that James Comey's conduct has been disturbingly irregular from his first excursion into the political minefield of the 2016 election. His sins, however, have been those of omission as well as commission. In fact, what he failed to do is actually far more disturbing than what he did do.

Comey's first breach of FBI protocol got a lot of attention at the time. However, the details are important to remember, as they profoundly affected the course of events. It was shocking to many when, as part of his televised "report" on the FBI's findings concerning Clinton's use of a private server, Comey did not merely communicate the bureau's conclusion regarding criminal charges, but went on to "qualify" that conclusion with remarks outside the scope of established protocol. Clinton was exonerated of all criminal charges concerning her use of a private email server, and that should have been the extent and end of Comey's publicly communicated commentary on the case. Instead, Comey indulged in an unprecedented, irresponsible, and politically inflammatory assessment of Clinton's conduct, publicly criticizing her and the State Department for "extreme carelessness" in the handling of classified emails. Whatever his motives,this left the listening public with the impression of a mixed verdict (which it was not; Clinton was cleared) and gave the GOP a heap of red meat to throw into the ravenous media lions reporting on Clinton's fitness for office.

Comey's second excursion into the political minefield was, however, far more irresponsible and damaging--and at the same time, far less reported--than the first. Judging from polls and media narratives, very few voters are aware that Comey's assessment of Clinton's handling of emails as "extremely careless" was later shown to be entirely unfounded. This was clearly disclosed when Comey, under rigorous questioning by Elijah Cummings and Matt Cartwright, admitted that none of the 30,000 emails which Comey had previously suggested were classified, had been correctly marked as classified. That is, none of these emails had a "classified" header--a highly significant piece of information whose importance Comey had originally dismissed, claiming that the emails contained "subject matter" that "any reasonable person should have known... had no place in an unclassified system." However, in the congressional hearing, Comey's definition of "reasonable" apparently changed dramatically, as he was forced to admit that headers were standard operating procedure according to the State Department Handbook.

Comey's highly newsworthy, yet largely media-ignored, admission exonerated Hillary not only from any crime but also from the charge of lying (about whether she had handled classified material on her private server,) and suggests, moreover, that there was nothing careless about Clinton's handling of classified material, as none of the emails she had sent or received had been properly marked as classified. Just as Clinton had said.

At this point, surely, Comey ought to have held a full-blown press conference, apologizing for his inaccurate assessment of Clinton's handling of classified material. Instead, he was silent, while the media incessantly hammered away at Clinton's "carelessness" and "lies" about her emails. This was a recklessly disseminated narrative with no basis in fact. Yet Comey offered no public correction or retraction of his previous commentary, was which was left to do its political dirty work, unchallenged by the facts of the matter.

One has to wonder why Comey felt that it was so vital to "update" congress (and from there, the public) about the recent discovery of "possibly pertinent" emails on Anthony Weiner's computer yet felt no obligation to correct the misleading impression he had created that Clinton had mishandled classified material. His testimony to Matt Cartwright ought to have been major news, but it slid right by, buried by the media's favored "untrustworthy Clinton" narratives--because Comey felt no responsibility to correct his own mistakes.

I would point out, too, that one of the things that's been discovered through the endless investigation of "the email scandal" is that the system itself has been messy and inconsistent, with no clear-cut "rules" governing communication between and among persons and agencies, continual changes in procedure and operating systems, different determinations of what is classified and what is not, and so on. The system is complex, ever changing, and hard to keep up with. And it's not hard to see why keeping on top of it would be difficult, particularly when earlier secretaries of state were dispensing advice as to how to avoid the complexities.

FBI director James Comey, however, mentioned none of this. It seems that at the very least he is highly selective about what he feels "responsible" to inform congress or the public about. Either he is a secluded hermit who has managed to remain oblivious to the highly partisan, media-driven narratives to which he has contributed, either through what he's said or what he hasn't said--in which case he is too clueless to remain director of the FBI--or it's time for him to own up to his mistakes and set the record straight.

Susan Bordo is writing a book about Hillary Clinton and the media's role in the 2016 election. Her website: bordocrossings.com.