While Deen uses condoms in his personal life, he is absolutely against a mandate to use protection during production. Deen said Measure B is "unconstitutional," claiming that even if it were to pass, it would eventually be turned over in the Supreme Court (we're not sure how he arrived to that conclusion), and touted the film industry's system of STI testing every 14-28 days.

Deen didn't seem to face much of a challenge on Reddit, since the IAmA forum appeared to be flooded with his lovestruck fans. Besides advocating against Measure B, he also spent a lot of time answering their adoring questions. Here are a few of the cuddliest questions and answers.

Q: I loved your food reviews on your blog and I miss them. Ever bang a chick (on set or real life) while eating a burrito?
A: actually yes. i have been known to "james deen"

Q: If I ever see you in public, what can I do that will guarantee that I can have a hug?
A: ask

Q: Is marriage an option for you? Also, my heart is racing right now.
A: i do want to get married one day 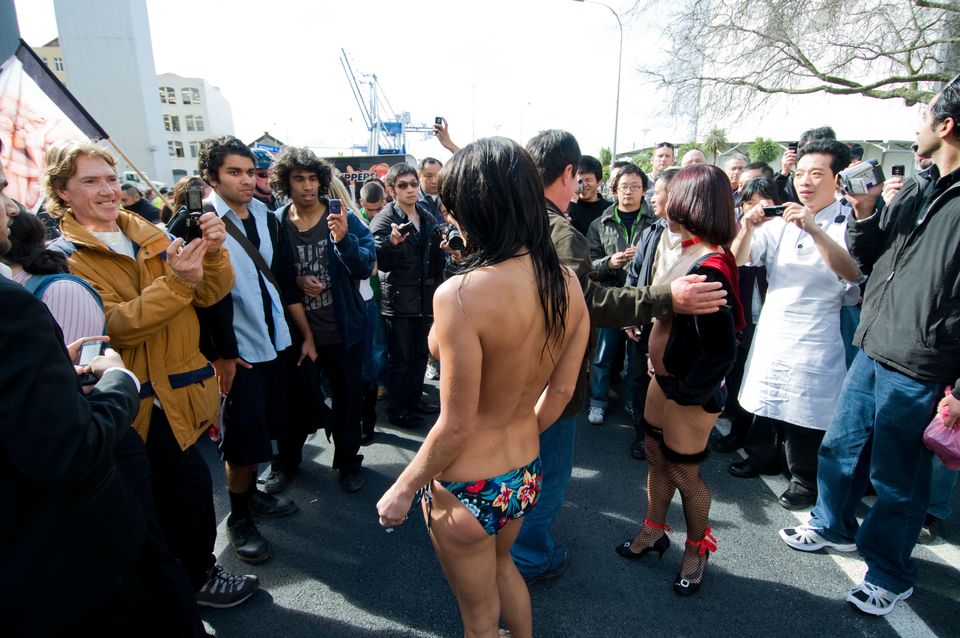