Take a look at this mugshot and see if you can guess why this man was arrested: 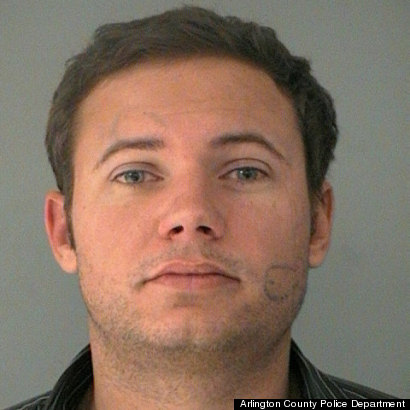 The man with the penis drawing on his left cheek is a 31-year-old from Northern Virginia, James Denham Watson.

According to the Arlington County Police Department crime blotter, Watson was arrested early Saturday morning after he awoke to find that artwork having been put there, in permanent marker, by a roommate:

At 5:30 am on March 23, a male subject assaulted his roommate after waking up to discover his roommate had drawn male genitalia on his face with permanent marker. The victim sustained extensive injuries to his face and was taken to Virginia Hospital Center by another roommate. The victim wished to press charges and called the police approximately an hour and half after the incident. James Denham Watson, 31, of Arlington, VA, was arrested and charged with malicious wounding. He was held without bond.

A third roommate is said to be responsible for separating Watson and his victim, who -- according to Arlnow.com, which appears to have first reported this story -- Watson repeatedly punched in the face.

Arlnow.com also notes that the roommates admitted to police "they sometimes play pranks on each other while intoxicated."