James Franco gets candid about his sexuality and seemingly gay persona in thelatest issue of FourTwoNine magazine, in which he interviews himself as "Straight James Franco" talking to "Gay James Franco."

The 36-year-old actor has been the subject of gay rumors since he was in high school. Now as a celebrity, his public image has become entwined with his ambiguous sexuality, bolstered by his taking on homoerotic roles and directing gay-centric films. Even Zachary Quinto, who plays opposite Franco in "I Am Michael," a film about former gay activist Michael Glatze, has been been coy about Franco's dalliances.

"I like to think that I’m gay in my art and straight in my life. Although, I’m also gay in my life up to the point of intercourse, and then you could say I’m straight. So I guess it depends on how you define gay. If it means whom you have sex with, I guess I’m straight. In the twenties and thirties, they used to define homosexuality by how you acted and not by whom you slept with. Sailors would fuck guys all the time, but as long as they behaved in masculine ways, they weren’t considered gay."

"I guess I mean that I like my queer public persona. I like that it’s so hard to define me and that people always have to guess about me. They don’t know what the hell is up with me, and that’s great. Not that I do what I do to confuse people, but as long as they are confused, I get time to play."

"Maybe sex with a guy would change things, but I doubt it. Like I said, I’m gay in my art. Or, I should say, queer in my art. And I’m not this way for political reasons, although sometimes it becomes political, like when I voted for same-sex marriage, etc. But what it’s really about is making queer art that destabilizes engrained ways of being, art that challenges hegemonic thinking."

Head over to Dot429.com to read Franco's full interview. 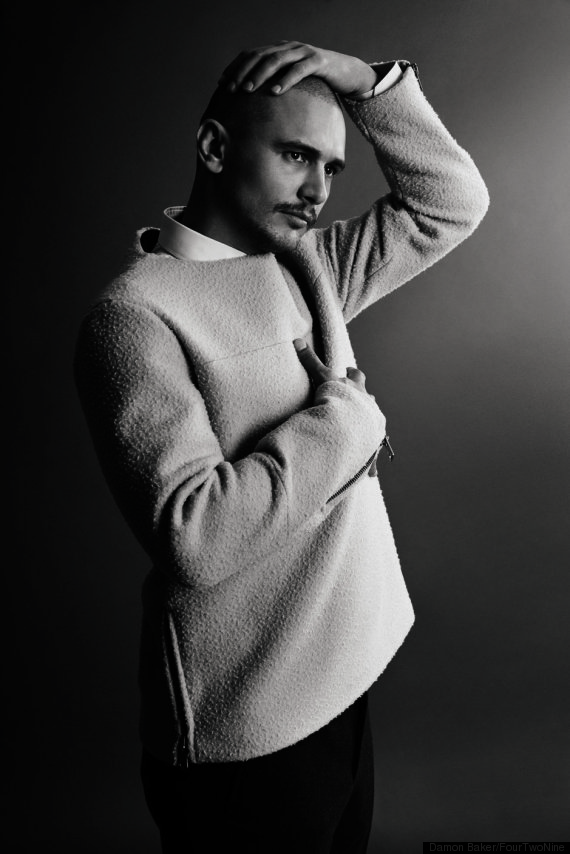