In Franco's latest artistic experiment, he undergoes the "Abramovic Technique," with the artist covering Franco's naked body in gold leaves, transforming him into a living sculpture reminiscent of a deity.

Take a look at this exclusive photo: 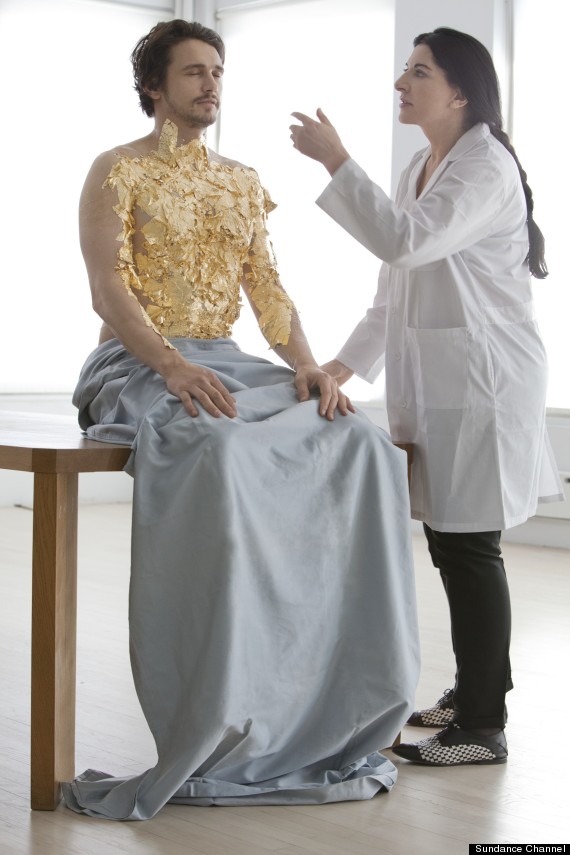 And here's more on what to expect from this season of "Iconoclasts" from Sundance Channel:

Tell us: Are you excited for more "Iconoclasts"? And to see James Franco leafed in gold?