The actor has certainly been at the end of a rumor or two over the course of his career, and it looks like he's now decided to start taunting gossip publications with his own paparazzi-style photos that have him "caught" in scandalous moments.

On Tuesday, the 35-year-old posted the first in the series of photos to his Instagram account, which features himself and an unidentified blond woman making out in a car. He imitated Perez Hilton's signature sloppy MS Paint job to write "Franco Tryst! Who's the girrrrl?" across the image and captioned the photo "#Perezhilton #jamesfrancotv #carsex."

He also shared another photo, this time aimed at the website Just Jared. The second photo again featured the actor getting hot and heavy with the mystery blonde, who appeared to be performing oral sex on him in the car, as Franco wrote "Look closely Mr. Road Head" across the photo and captured the picture "#justjared #paparazzipics #jamesfrancotv."

On Wednesday, Franco switched things up a bit as he posted a photo that took aim at all the gay rumors. In the photo collage of himself and another man whose face has been blurred, the actor is again "caught" in various affectionate positions, including a shot of the two kissing.

The photos are aimed at the website Gawker, with whom the actor has history. He wrote "Just A Franco Afternoon" across the photo, which was captioned "#Jamesfrancotv in love?????? #gawker.com #gay."

What's next to come? One can never tell with James Franco, but we hope he finds a new way to reinvent the celebrity scandal.

UPDATE: James Franco has continued to post more staged paparazzi shots on his Instagram account. On Thursday, he posted a photo collage aimed at the New York Times, featuring himself making out a blonde, as well as one aimed at The Huffington Post, in which he's on a mystery date with possibly Miley Cyrus. We have to say that's a "scandal" we could totally get behind. Make it happen, Franco. Make it happen. 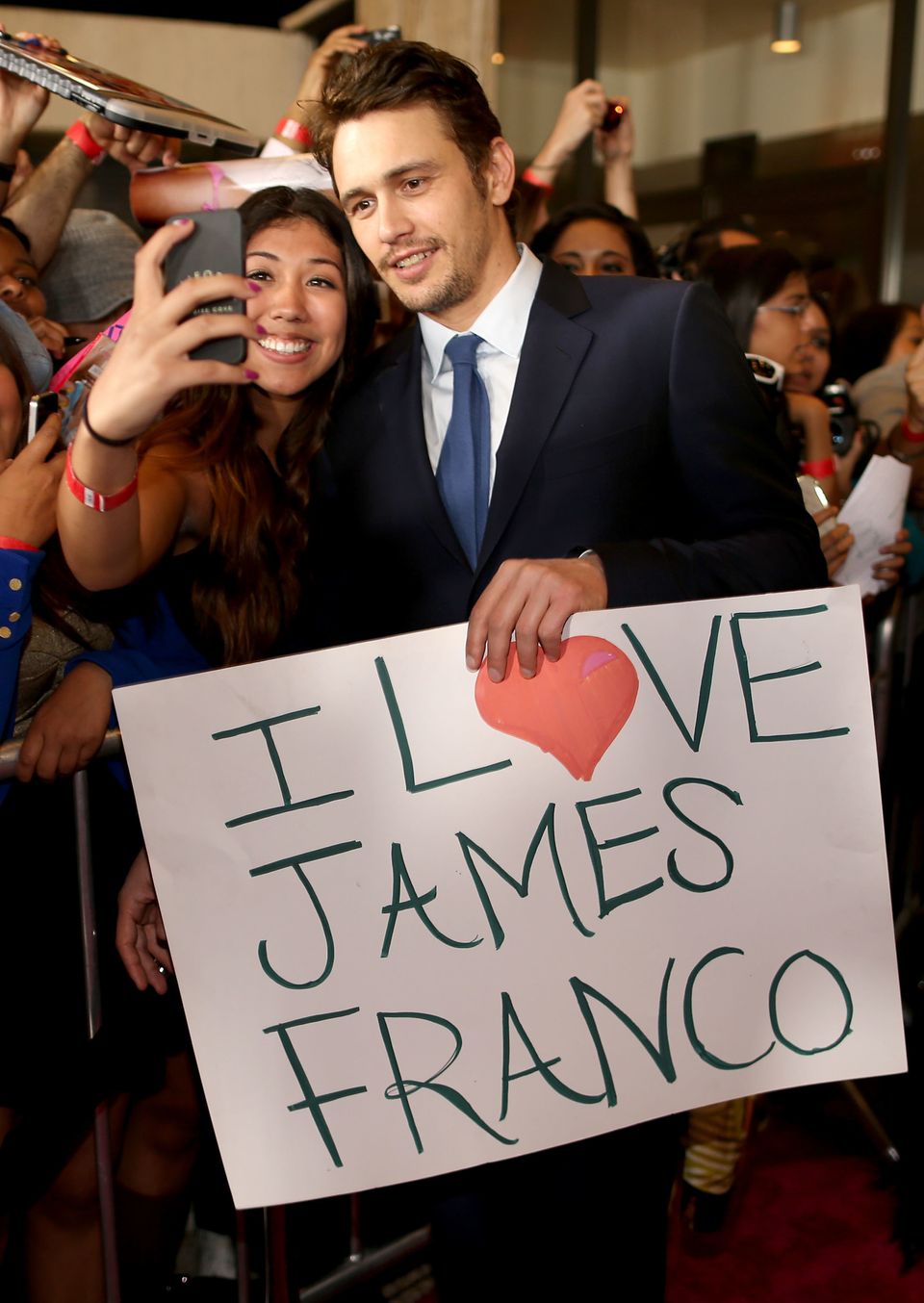 1 / 35
1992-1996 (High school)
As a teenager, Franco fell in to a crowd that stole designer fragrances and sold them to their classmates. "In my first two years of high school, I got into a lot of trouble with the police for minor things: graffiti, stealing, crashing cars," <a href="http://www.guardian.co.uk/film/2009/jan/24/james-franco-interview-milk" target="_blank">he revealed to The Guardian</a>. "It was teen angst. I was uncomfortable in my own skin. I was shy. I changed my ways just in time to get good grades."
Getty Images