The list of 2013 movies directed by James Franco continues to grow with the upcoming release of "Sal." Franco's new film, about the life of "Rebel Without A Cause" star Sal Mineo, is set to premiere via on-demand services on Oct. 22, before debuting in select theaters start on Nov. 1 in Los Angeles at the Sundance Sunset Cinema. "Sal" joins "As I Lay Dying," "Interior. Leather Bar," "Child of God," "Spring Breakers," "Oz The Great and Powerful," "This Is The End" and "Palo Alto" on the list of Franco films that have made an impact this year, proving once again that no movie star or filmmaker currently working is as versatile or diverse as the 35-year-old writer-director-star. (Seriously, look at that list.)

Watch the exclusive first trailer for "Sal" above, and check out the first one-sheet poster for the film below.

James Franco's Sal chronicles the final day in the life of actor Sal Mineo (Val Lauren), 1950s teen idol and an Academy Award® nominee for his roles in Rebel Without a Cause and Exodus. Almost two decades later, Mineo is no longer the marquee sensation he had once been — but he has become open about his homosexuality and is finding his way to becoming the actor and director he has always wanted to be. Featuring a magnetic performance by Lauren, Franco's intimate portrait finds the human details in a larger-than-life Hollywood story. 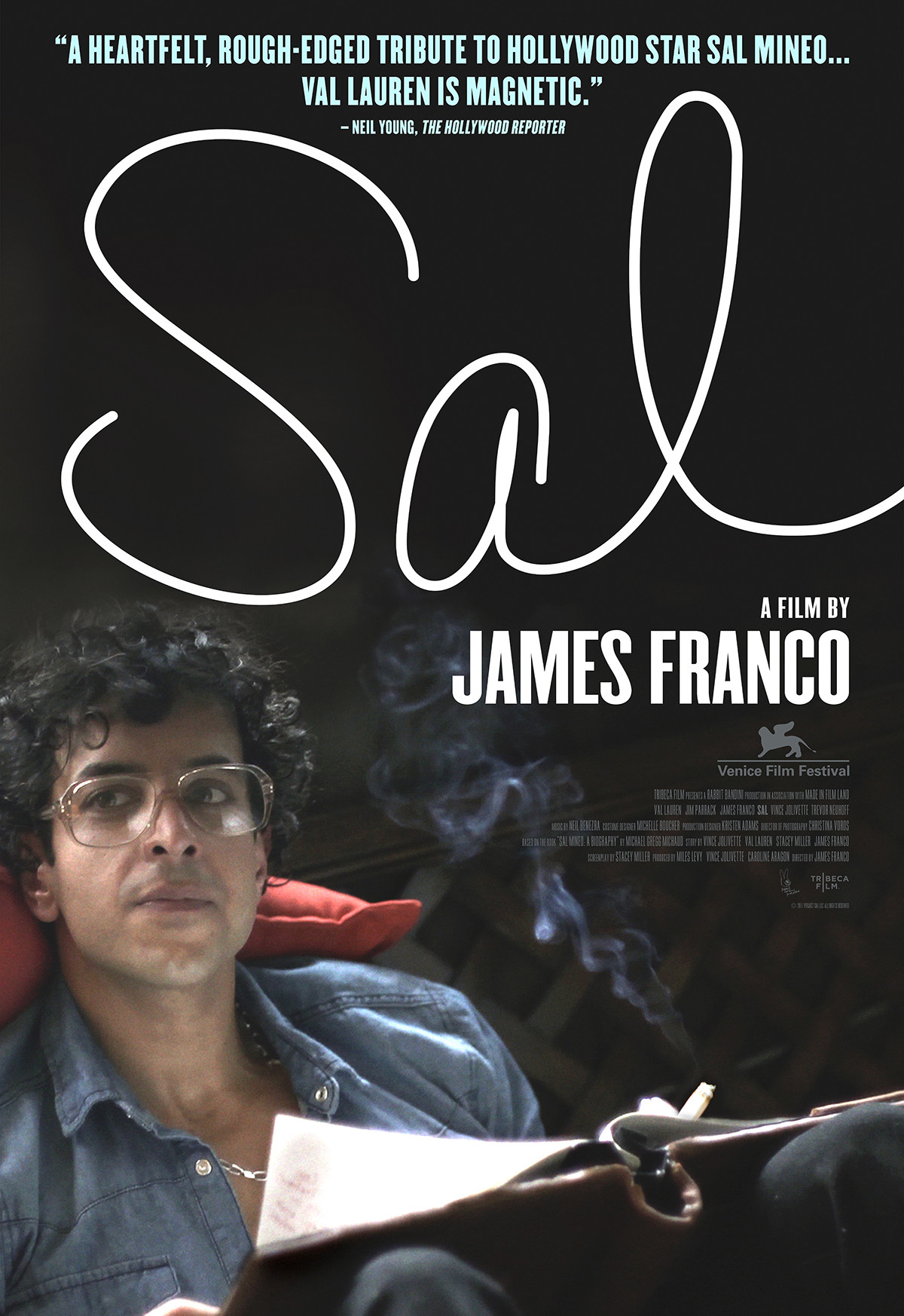