Selena Gomez tweeted yet another photo from the set of "Spring Breakers," but this time we got our first look at James Franco dressed as his drug-dealing character.

If Franco looks strangely familiar with his cornrows and bad facial hair, it's because he's supposed to. The 33-year-old wasn't the first choice for the part, based on rapper Riff Raff, the Houston MC who was featured on MTV's "From G's to Gents" and is now signed to Soulja Boy's record label.

Riff Raff told Fuse that the film's director, Harmony Korine, asked him to be in the film but he was out of the country.

"The role I would have played would be like a drug dealer, or the friend of a drug dealer, Gucci Mane," Riff Raff explained, adding that Franco was already attached to the movie and slated for a different role. "But I was supposed to be in there also. Now James Franco is playing me."

And there's a good reason that Franco looks so much like the rapper -- he's wearing his clothes. "I sent him a few things. But all you gotta do [to see how I dress] is search through my videos. I got a pretty distinct style, with the braids, the jewelry," he told Fuse.

In the film, Franco plays a rapping drug dealer named Alien, who bails out a group of hard-partying college girls (Selena Gomez, Ashley Benson and Vanessa Hudgens) after they rob a fast-food restaurant, and entices them to kill his arch-rival, according to Collider. 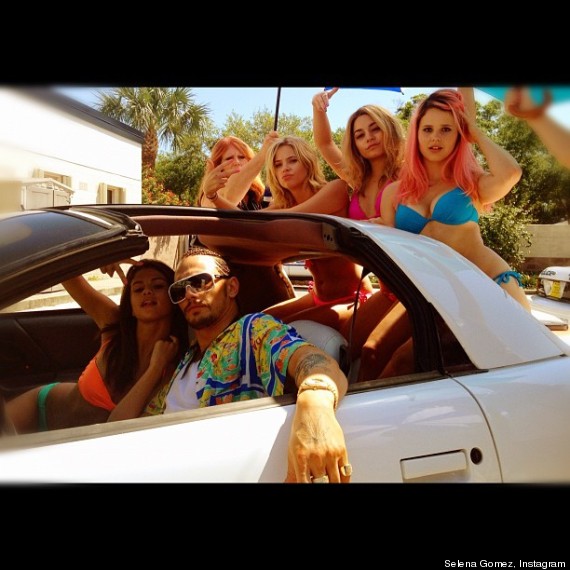