James Franco took home the 2018 Golden Globe award for Best Actor in a Motion Picture/Comedy for his role in “The Disaster Artist.”

Franco, who played director, producer, actor, and writer Tommy Wiseau as mastermind of the movie “The Room,” brought Wiseau to the stage with him to accept the award. Strangely, though, Franco didn’t let the man who was the entire reason for the movie do any of the talking.

As Wiseau reached for the microphone, Franco immediately blocked him in a  heart-wrenching awards show moment:

Tommy Wiseau trying to steal the microphone during James Franco’s acceptance speech is my favorite moment of 2018 so far. #GoldenGlobes pic.twitter.com/t5nmfYQKXi

Franco opens his speech by quoting Wiseau’s reference to the Golden Globes two decades ago, and his lack of an invite to the show as a motivation to make “The Room.”

″’Golden Globes, so what? I’m not invited. I know they don’t want me, guy with accent, long hair. So, I show them. I don’t wait for Hollywood, I make my own movie,” Franco said, quoting Wiseau.

“I’m very happy to share this moment with him today,” Franco said.

Still, Franco did not let him speak.

Twitter felt for Wiseau in full force, and had a LOT to say about the mic block:

The Curve Of The Century #GoldenGlobes

I am extremely uncomfortable with James Franco cutting off Tommy Wiseau. You owe him everything, dude.

if you’re not watching the golden globes rn, James Franco won for his portrayal of Tommy wiseau, who thought the award was for him and promptly walked up on stage and tried to accept it pic.twitter.com/pDdgYaPmEq

Hard to say "You're no one in this town." more brazenly than James Franco doing a Tommy Wiseau impression to Tommy Wiseau's face.

I’ll never stop laughing at Franco shoving Wiseau away from the mic.

I don't know how I feel about Tommy Wiseau being the Temple Grandin of this awards season. #GoldenGlobes

Do you understand life, James Franco? And, just as it seemed the moment could not have gotten any more awkward, it did. Wiseau didn’t even get to follow Franco and brother Dave Franco backstage after the award was presented.

There was also a brutal camera pan over to Greg Sestero, who plays the infamous Mark in “The Room” ― the role Dave Franco plays in “The Disaster Artist.” Sestero looked anything but pleased.

As for Wiseau, he still comes out a winner to us. Everybody betrayed you and we’re fed up with this world! 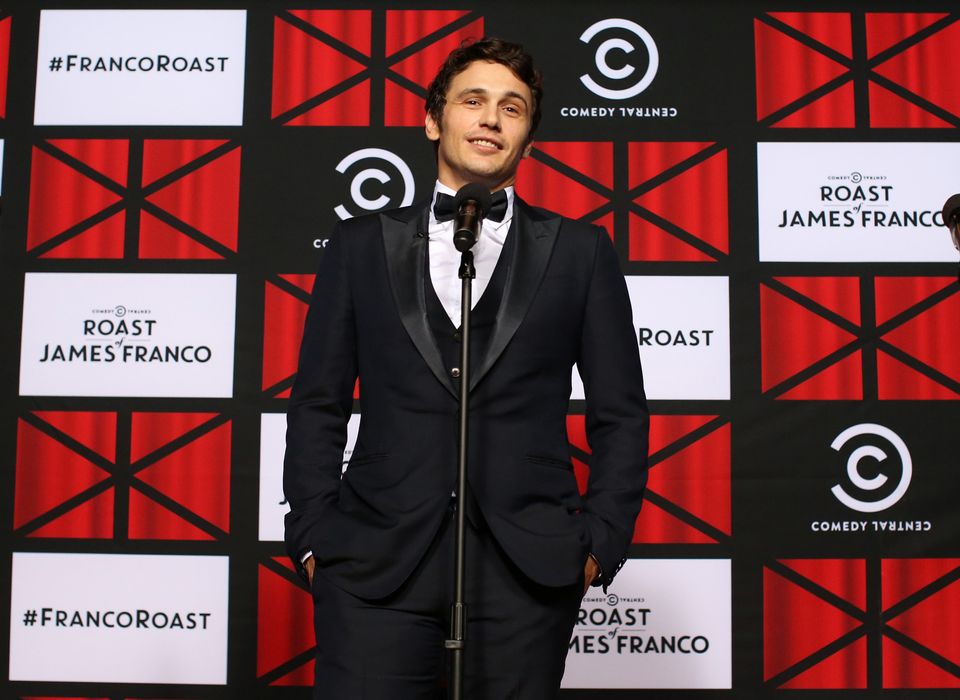