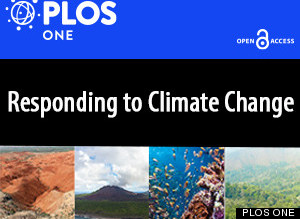 By dismantling boundaries between disciplines and adding a moral dimension to the collective dialogue on climate change, the paper published today by former U.S. space agency head James Hansen in the open access peer reviewed journal PLOS ONE goes beyond the scope of a traditional research article. By accompanying its scientific analysis with an explicit call for action by governments, scientists, and average citizens, Hansen et al. go a large distance toward connecting the dots of current scientific and political discourse on climate change. They demonstrate why reductions delayed are far less meaningful than reductions now; how damaging the warming will be without these reductions, and the challenges presented by carbon extraction.

Most significant for scientists and non-scientists alike is the paper's prediction that current carbon emissions targets will prove too high to prevent long-lasting, irreversible damage to the planet. As a result, the authors say, cohesive, unified action is required -- now -- to reduce fossil fuel emissions to pre-Industrial Era levels.

Dr. Hansen is joined on this paper by seventeen high-profile academics with expertise across the climate research spectrum, from atmospheric science, earth science, and environmental science, to economics, global change, and public health, with the paper's analysis reflecting all these topics. The authors assess climate impacts of global warming using ongoing observations and paleoclimate data. By calculating atmospheric carbon dioxide (CO2) as a function of fossil fuel emissions and examining the potential for reducing atmospheric CO2 through reforestation efforts and attempts to increase carbon in the soil, the authors re-evaluate fossil fuel emission reduction scenarios and conclude that an appropriate target is to keep global temperature within or close to the temperature range estimated for the Holocene, the interglacial period in which civilization first developed.

For PLOS ONE, which has in the past primarily published biomedical research, this paper represents a broadening in scope. As often happens at our journal, it comes about in response to a need from the scientific community -- in this case, the need to publish fully peer-reviewed climate research in a high-profile venue, fully accessible to the entire world for free.

Few areas can benefit as much from the force of Open Access as climate change research: the combination of public, scientific, and governmental interest with the mounting misinformation, unsubstantiated opinions, and unsourced data make public access to original, well-reported, and peer-reviewed climate change research of utmost importance. We hope that this paper will be the first of many that deal with this rapidly growing area of multidisciplinary research.

To facilitate this objective, we are drawing on the findings of Hansen et al. in "Assessing Dangerous Climate Change: Required Reduction of Carbon Emissions to Protect Young People, Future Generations and Nature," to announce a call for papers in a new PLOS ONE Collection entitled, 'Responding to Climate Change.' The Collection will incorporate the broad range of areas covered in Hansen et al's paper, from atmospheric chemistry, to alternative energy research, geoengineering, science policy, behavioural psychology, and the economics of carbon trading -- with a particular focus on work aimed at reducing fossil fuel emissions and returning the Earth and its ecosystems to a state of energy balance.

Our hope, which we share with the Hansen and colleagues, is that by encouraging and facilitating further research, replication, and sharing of both positive and negative results, this Collection will become a catalyst for continued climate research and policy formation, and will, as the authors suggest, lead to an energy-conservative, habitable, and thriving climate that can be sustained for many generations to come.