TMZ first reported that Police were investigating a profile on a sex website they believed could belong to James Holmes, the man accused of killing 12 people and wounding at least 58 others in a mass shooting in Aurora, Colorado.

Scroll down for a photo from the profile police are investigating. (Credit: TMZ)

And now TMZ reports that the alleged shooter was rejected by three different women on that adult sex website in the days before he allegedly opened fire in Aurora's Century 16 movie theater.

The shooting occurred during a midnight premiere of the newest Batman film, "The Dark Knight Rises." The incident is one of the deadliest mass shootings in recent U.S. history with the most fatalities since the 2007 Virginia Tech shooting.

One of the women told TMZ that Holmes wasn't aggressively seeking out sex, rather he was just looking to "maybe chat, but "nothing sexual." However TMZ points out that the profile stated that he wasn't just interested in friendship -- he described himself looking for a "casual sex girl" and possibly group sex.

TMZ reports a man claiming to be Holmes created a profile on AdultFriendFinder.com on July 5. Police told TMZ "investigators are now looking at the site to determine its authenticity." The profile on the sex site has since been removed from the site.

The profile features a photo of a man with red-orange hair. According to CNN, a source in federal law enforcement with knowledge of the shooting investigation said the shooter had his hair colored red and told police he was "the Joker," an allusion to the Batman villan most recently made popular by Heath Ledger's portrayal in the 2008 film "The Dark Knight."

"Holmes" created the profile on AdultFriendFinder.com July 5 -- and included a picture of himself with reddish, orange hair ... just as officials in Aurora, CO said he looked when he was apprehended Friday morning.

"Holmes" -- who used the screen name classicjimbo -- included a cryptic message on the top of the profile which reads, "Will you visit me in prison?"

Below, a photo from the profile police are investigating. (Credit: TMZ) 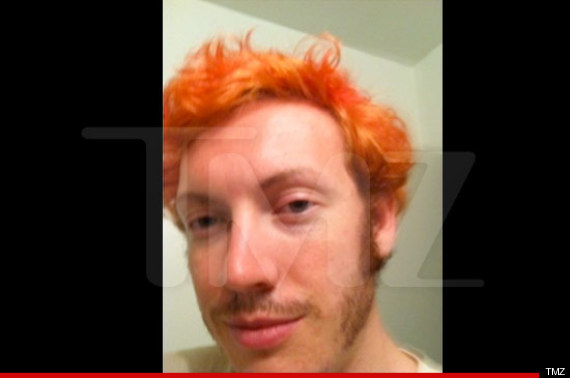 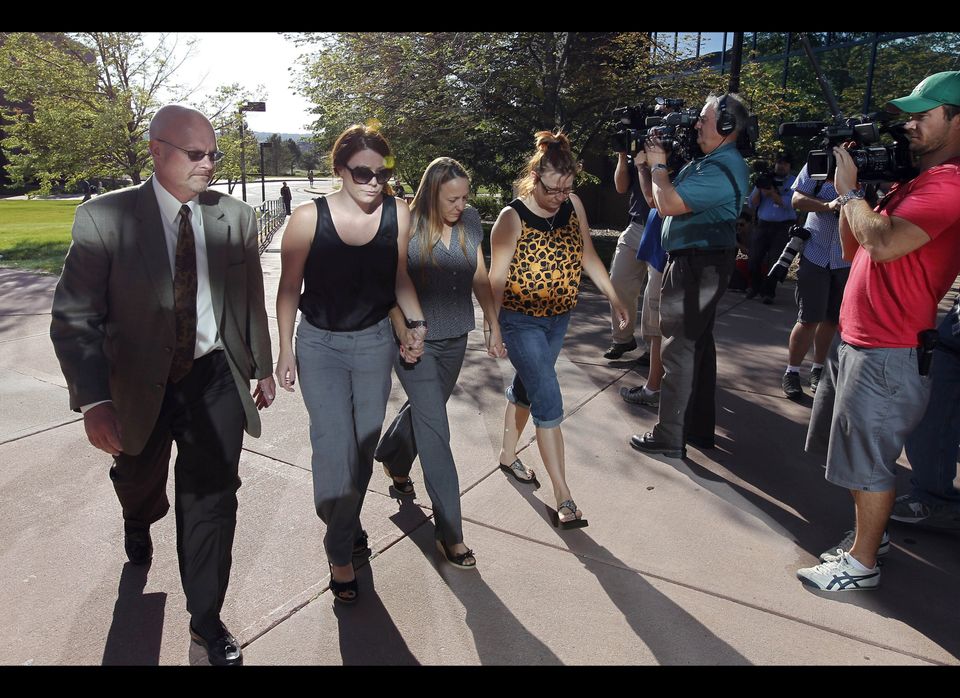 1 / 20
Family members of a victim from last week's theater shooting in Aurora, Colo., link hands as they arrive for a court appearance by shooting suspect James Holmes at the Arapahoe County Courthouse, Monday, July 23, 2012, in Centennial, Colo. Twelve people were killed and dozens were injured in the shooting attack early Friday at the packed theater during a showing of the Batman movie, "The Dark Knight Rises." (AP Photo/Alex Brandon)
AP